Self MOC: Nohan the wind hunter

Well todays the day I finally upload my self MOC. I’ve worked on this MOC for a while now I’m eager to share it. So without further ado here is Nohan the wind hunter. 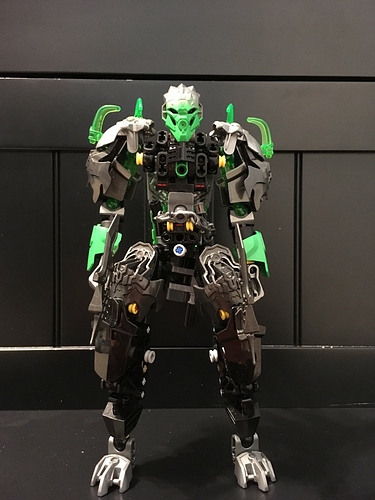 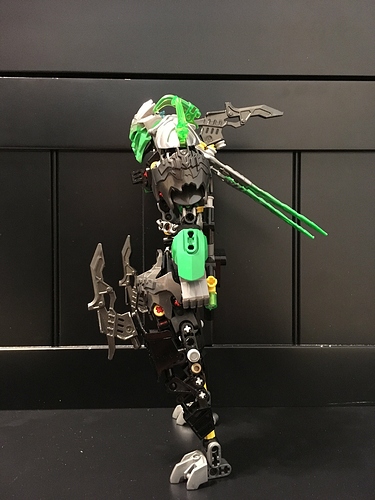 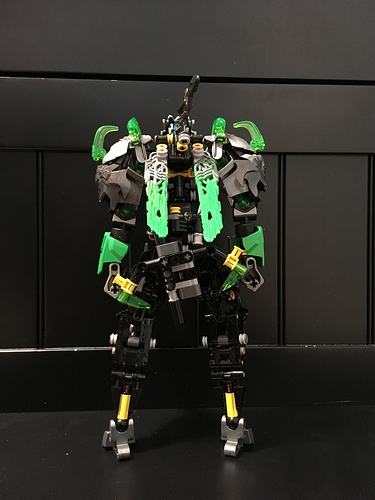 For a bit of backstory Nohan is an entity charged with hunting down and defeating threats to the matoran. His mask, the Kanohi Zon (pronounced zahn), is the mask of perception allowing the user to alter how a target experiences things such as time and spacial awareness. 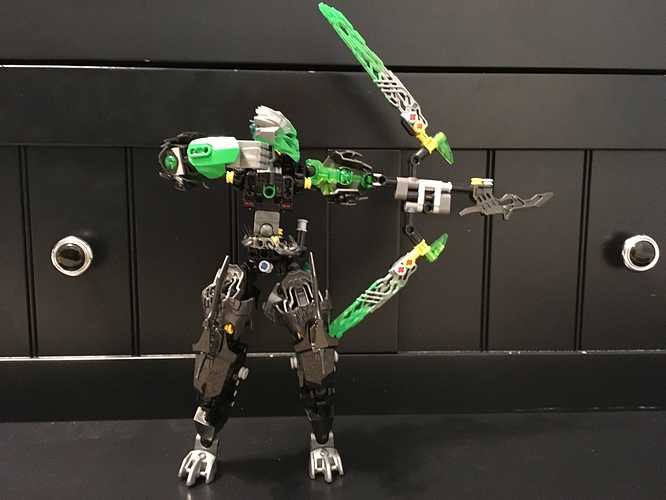 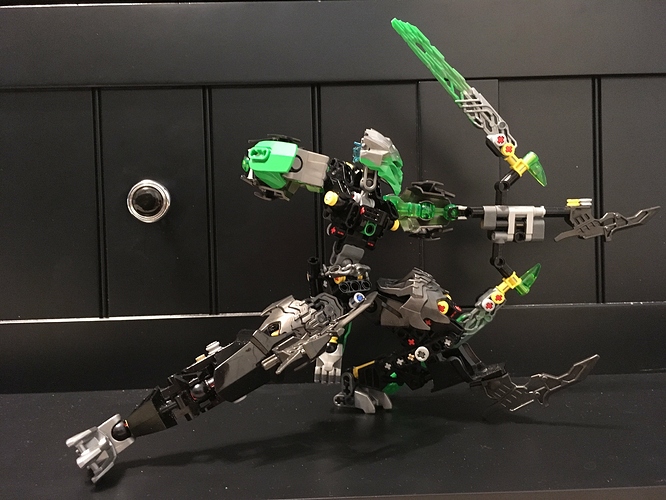 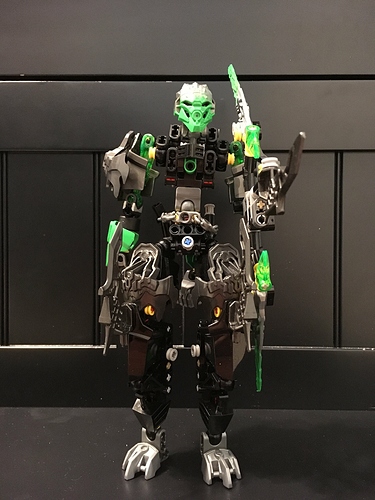 His main weapon is a bow that fires condensed air. Unfortunately he has to remove part of his shoulder armor to use it properly but the pieces removed are decorative. He stores the bow on a belt, I showed off in a previous picture, which also stores his detachable arms when he uses his weapons. Speaking of weapons here is his other set of tools for when he needs to fight a powerful foe. 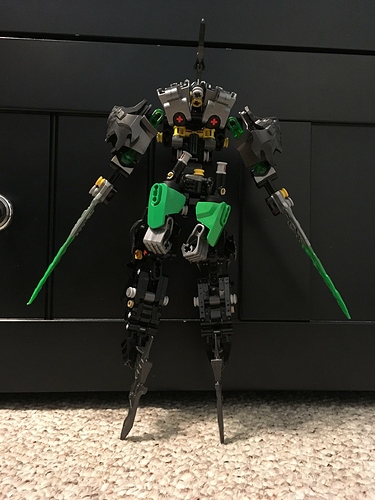 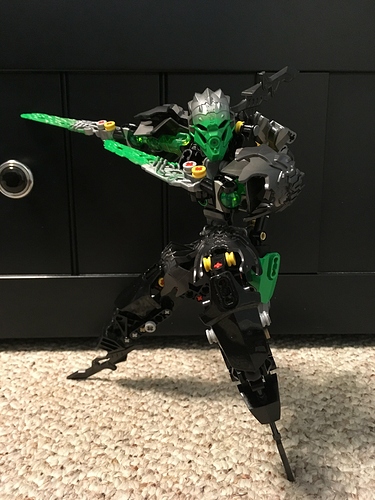 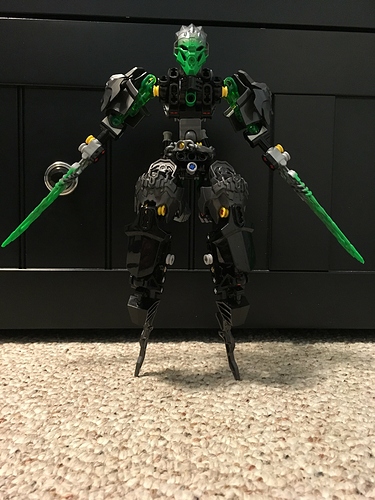 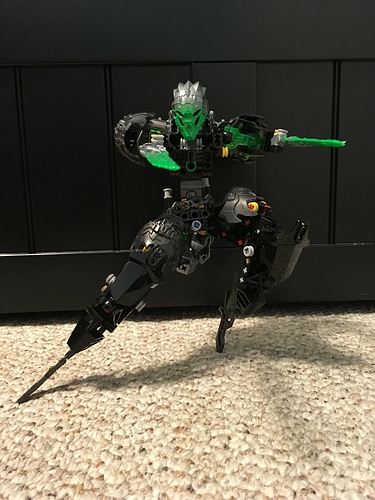 In order to fight stronger adversaries Nohan removes his feet and arms and replaces them with blades making it tougher for opponents to stop his endless string of attacks. He can also store his hands and feet on him so he doesn’t have to throw them somewhere while he’s fighting. 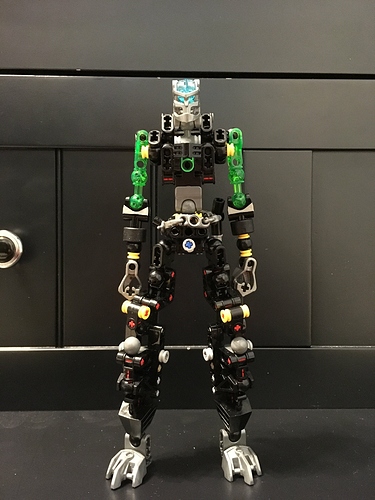 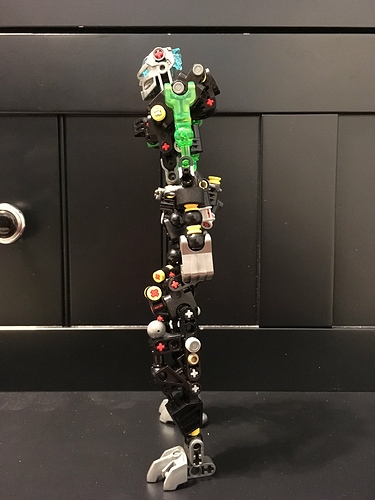 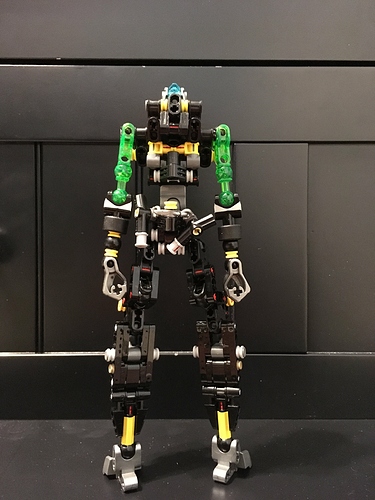 Finally here are some shots of Nohan without his armor in case anyone wanted to see a little of how he’s constructed. Let me know what you guys think and I hope you enjoyed checking out my self MOC.

Nicely done! And with a good amount of unique flair that really helps give this self-MOC some flavour! You pulled off the foot blades quite well… literally! As well as figuratively.

His mask, the Kanohi Zon (pronounced zahn), is the mask of blinking which allows him to teleport in a blink short distances.

A mask with almost that same power exists in the lore! The Kualsi!

I guess im out of the loop with g1 lore

ill have to change the mask power then

The mask you do have looks kiiiinda like it though, even. The blades on the cheeks kinda look related anyway. It works. ^^

you can just say it is a Kualsi in the shape of the 2016 Miru.
btw nice moc, solid design. Although the legs are a bit to long. Maybe its fitting for a toa of air.

Pretty complex and has a solid “Blade Mode”.
One major grip that should be point out is the torso coverage, despite the transform gimmick, you could at least put some detail on it. Also that bushing on the pelvis disturbed me…