Again, my Self-Moc was in need of a change, he was a bit too tall and lean, so ive added a bit to his backstory and given him a protector-sized build.
The original can be found here Orion Toa Build.
Change to back-story;
After the comet that he fell from passed out of range of the planet, Orion started to lose his power. Aided by his adopted brothers of the ice-tribe, they helped him find one of their protector masks and help re-design his armour to fit a smaller frame. Orion felt like he was part of a family and vowed not to let his diminished stature stop him from protecting his village and the other inhabitants of Okoto. He soon found that he could move even quicker than before, and with his newly redesigned bow, he could fire further and faster against his enemies. Still, without knowing his true origins, he felt that no matter what, he was going to find the Toa, and offer his services to protect his new home.
Here he is. 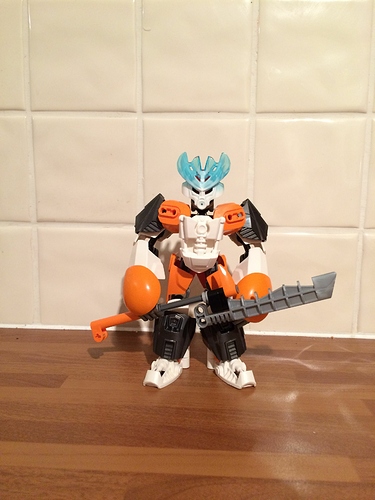 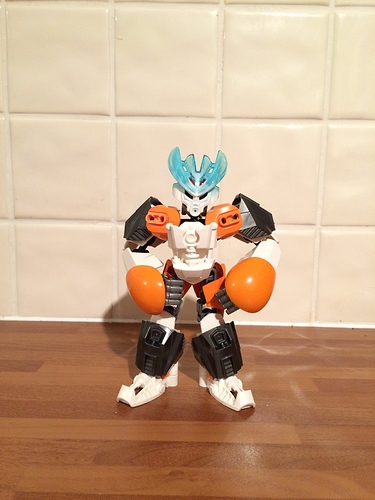 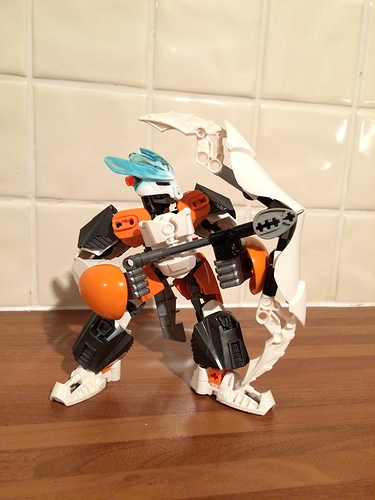 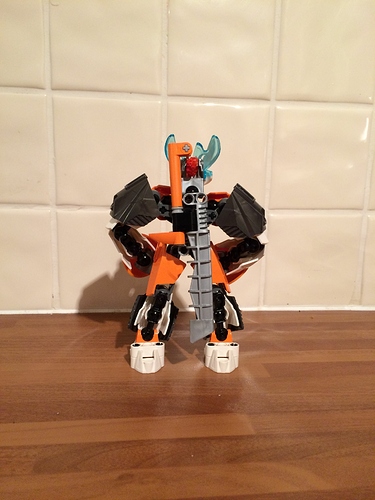 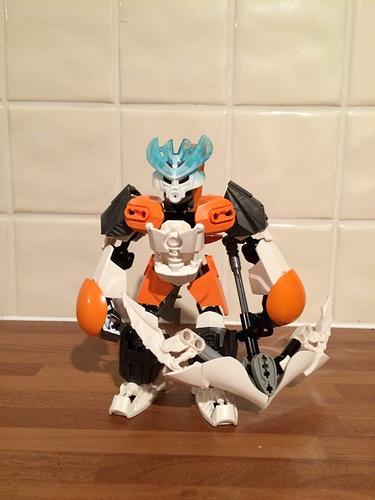 IMG_2003.JPG2448×3264 1.33 MB
4th wall breaker:
I’m really appreciating the protector build all of a sudden, beginning to wish I’d picked up the jungle and fire protectors when they were readily available, oh well, off to the good ship bricklink I guess. Any way, as usual, any criticism, comments or advise is always appreciated.
Cheers

It’s great, except for those gauntlets.

I LOVE the color scheme he has.

@SwagMeister Thanks, I was going for the aesthetic of the original with the gauntlets. is it the colour or do u think a similar armour piece to the shoulders would work?
@Stoax Cheers! I feel the white and orange colour scheme is seriously under used.

He looks very nice! I love his look. and that bow is great!

I love the color scheme and the fact that it looks like he has gloves on!

I don’t care for this to be honest, but I like the bow.

Aside from the blue on the mask, he looks great! I like that bow.

The Bow is Really Cool!