(Self MOC) Phazon the Corrupter 2.0

I’ll be honest the first time i posted this MOC on the Message Boards as an WIP and I was surprised how it was mostly well criticised by the community, besides of it being my first real post I didn’t know what to write.

But on to the MOC massive changes have been made due to the fair criticism it got. Most of the bulk has been removed due to balancing issues in the torso. Everything except the head and legs have been reconstructed to increase stubillity and articulation.

Here is a comparison on the to models. 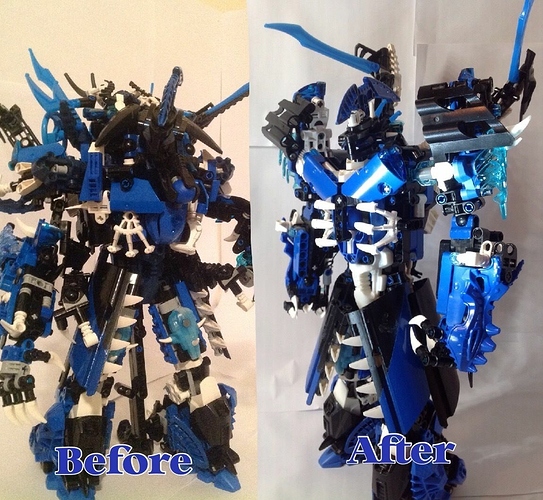 image.jpeg1150×1058 355 KB
Another issue other people had with the original was that a Zamor sphere was sticking out of the torso and I also didn’t like the look of it therefore I contacted a gap the zamor sphere fits right into. 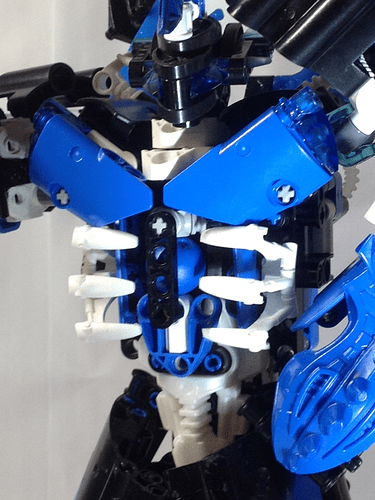 image.png1229×1638 1.91 MB
One of the things people liked about the original was the sword so I kept it due to its design and colour. 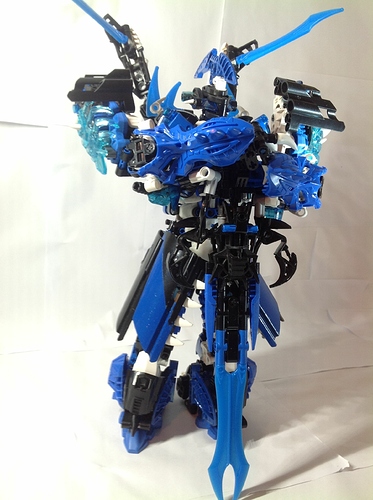 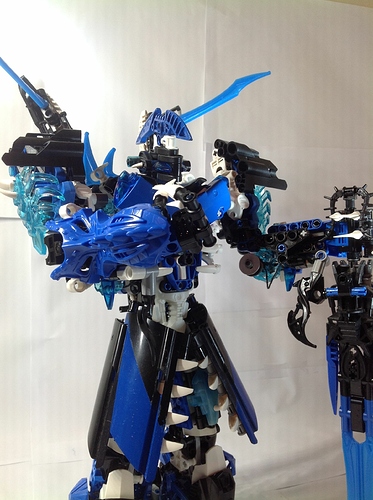 image.jpeg1936×2592 1.36 MB
But now I added a new weapon for him to hold and it has a function (I don’t take full credit for the weapon) it is a blade that switches into a scythe… 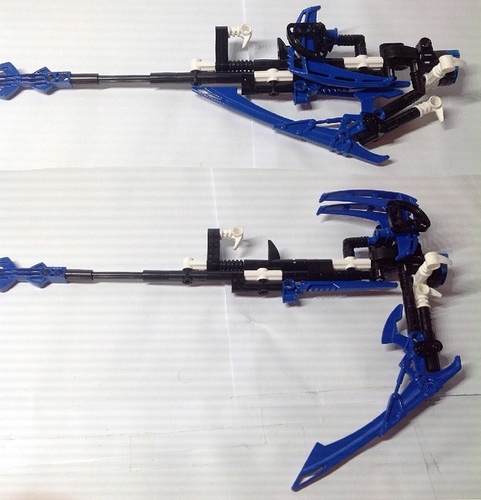 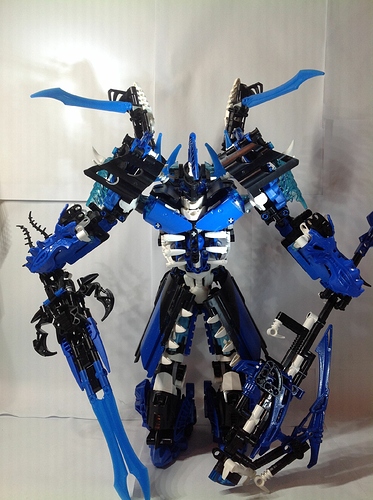 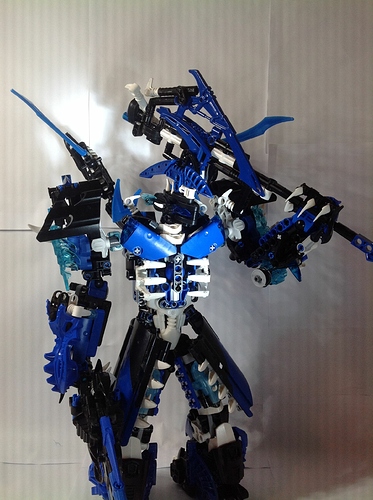 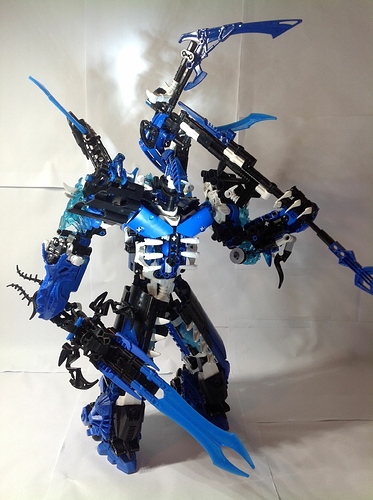 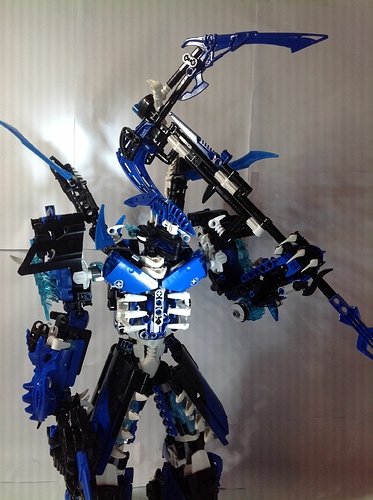 image.jpeg1936×2592 1.42 MB
I deal that this weapon fts his concept and them if you had played Metroid Prime 3 the corruption of phazon (get it) takes the souls of you comrades (like death who uses a scythe).

Here is a back shot. 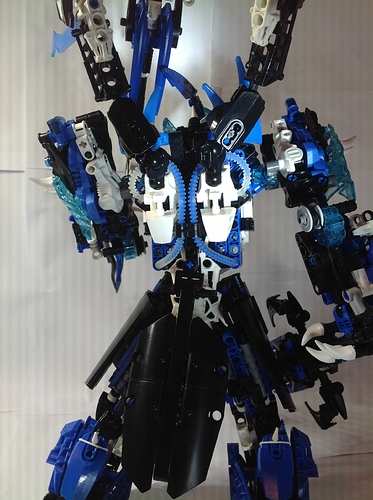 image.jpeg1936×2592 1.44 MB
Back to the metroid theme I gave him a Samus like arm cannon witch also has a function (because it’s a protector gun) 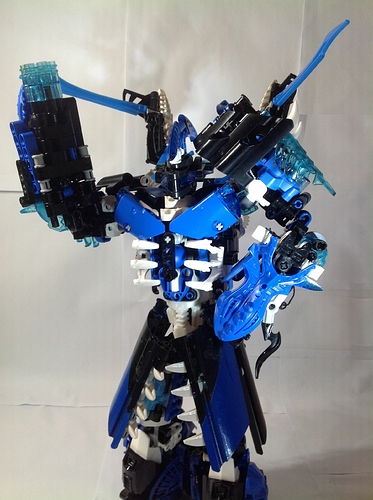 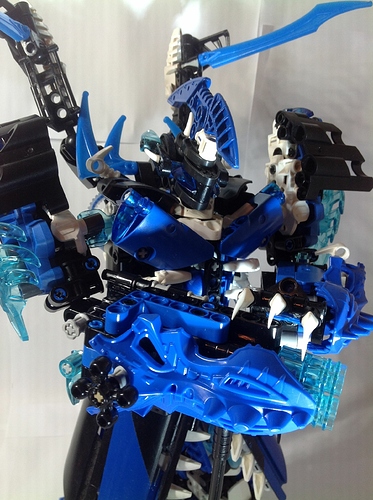 And one last thing due the arms being more simple allows for more articulation and I enjoy the look of the arms more the the previous version. Adding more white to the build made the MOC look more clean and replacing the metru blue pieces with transparent light blue makes him stand out.

However an issue that I encountered was adding colour (mostly white) to the head, this was difficult due to the fact that not a lot of the pieces that I used did not come in the colour that I needed (white).

He’s cool and all, pretty beefy, but with how the parts are arranged he looks messy and cluttered. Couldn’t tell what was where, but I applaud you for improving from the first version

He does look a bit cluttered, but I like that… And I love the legs and how they’re armored!

I like him, he looks like a Gundam! That sword is amazing, and the shaping with the panels is pretty rad!

Much better, a lot more clear and identifiable.

He looks much cleaner and less cluttered than the previous version, great job. The overall look is amazing.

While I do like the color scheme, I would advise adding another color to make it easier to see the head.

I really like the lower arm design with the dragonbolt heads. Cool Moc!

OH ME GAHD
that looks so cool 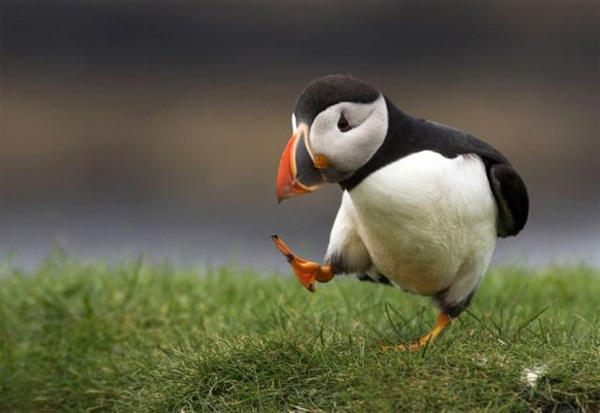 I liked the horns on the first one.

A definite improvement from the last one. looks amazing

Hello to you to.
I didn’t know I was the only one