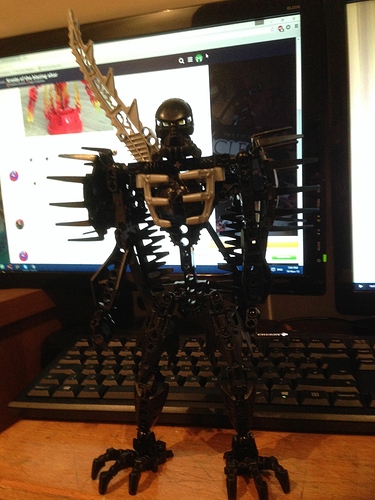 Toa Pakaru (Maori to english - means shattered), previously known as Toa Welaru, is a Toa of Gravity. He was originally a Matoran from the southern continent. He became a Toa after he was granted this power by the Great Spirit Mata Nui himself. However, instead of his mask transforming from noble to great, his mask was replaced by Mata Nui with the Mask of manipulation, a one of a kind mask. He was a solitary Toa, however, working with the Matoran he was sworn to protect, he still carried out the principles of the 3 virtues. He communicated with the Great spirit often, but during the years leading up to the Great cataclysm, these communications fell silent. During the Great cataclysm, as Voya Nui broke away, he was badly injured, his life force draining away. The Matoran helped him survive for 1000 years, until he was so weak they had to resort to having him reconstructed. The Matoran took him to the isle of Nynrah, where the Nynrah ghosts were being forced to build new bodies for the Makuta (the Karda Nui mission).In secret, they began reconstructing him. The most they could do was rebuild his torso, where there was the most damage done, but this resulted in him obtaining skeletal wings, due to these being fused to the new torso. Before they reconstructed him, they extracted the remaining life force he had, and sealed it inside a tridax pod. When the pod was placed into his body, it immediately powered up his lifeless form. Large, spiked structures sprouted from his shoulders. During this, however, the power of reintroducing his life force to his body damaged his mask, rendering it powerless. Soon after he regained conciousness, he was informed of what was used to reconstruct him, and while he was grateful to all those who helped him, he felt that being reformed from what would be used to rebuild Makuta, he was not worthy of being a Toa any longer, and he renamed himself Pakaru, meaning shattered (referencing his original form being ‘shattered’ by the G.C). He told all his matoran that he would not be returning to the southern continent, and that he would find solace elsewhere. He was last seen by the Nynrah ghosts wandering Nynrah, however, he presumably left the GSR when it was badly damaged, and is now presumed to be wandering Spherus Magna. 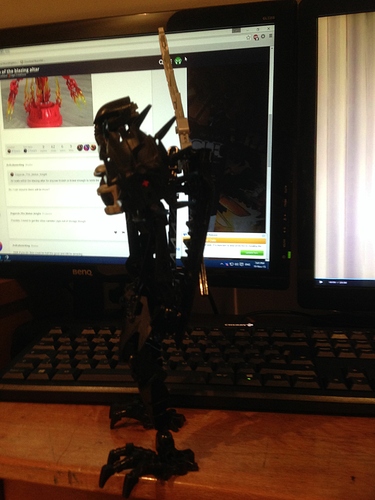 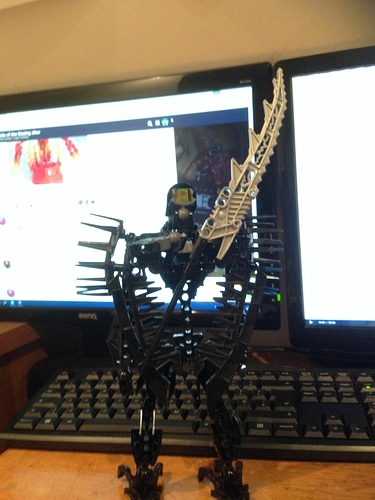 Brief overview of him. 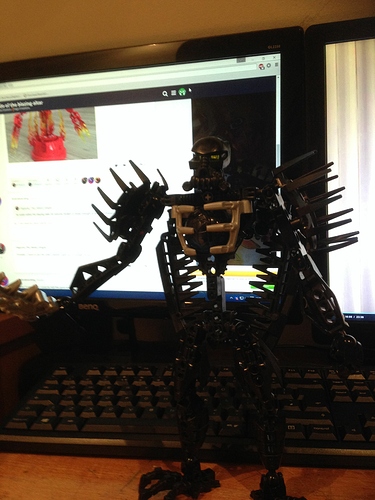 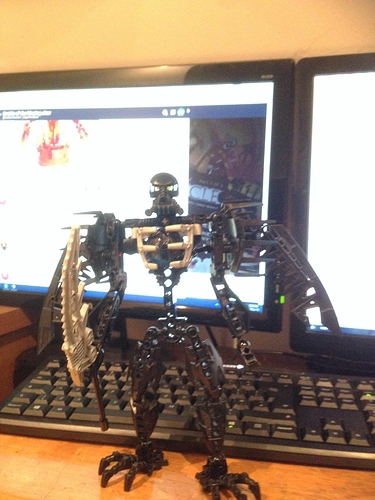 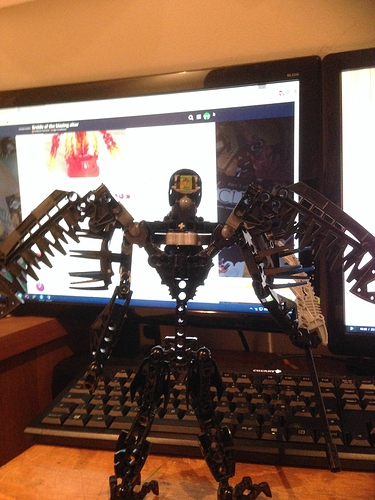 Same, but from the back. 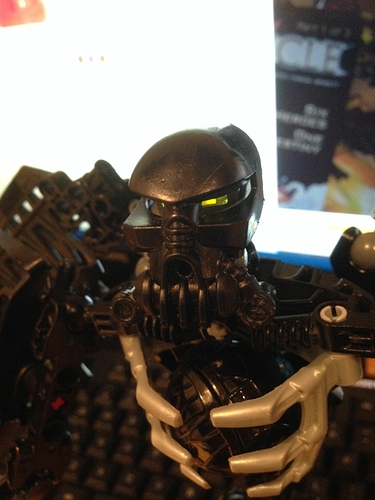 ‘Mask’ up close (I used quite a few parts from von nebula. I originally combined him and rotor when I was about 13 (wow, 2 years ago now), and found that recently. From that, this was born. I chose to use this ‘mask’, because it was the only black one I had.)

Thanks for looking at this and reading through his backstory, hope you guys enjoyed it, constructive criticism is appreciated

EDIT: Sorry about bad photo quality, pics are from iPhone

This is a toa of lightning? Why’s he all black?

He would have been black and purple originally, but the reconstruction meant he would be all black. It also symbolises his outlook on his life - bleak.

I also have no purple parts, so ya know…

But Toa of Lightning are blue and white?

I actually based this off of the (fake) toa voriki. I probably should have stated that before.

I never got why elements have preassigned genders… makes no sense

I never got why elements have preassigned genders… makes no sense

It’s so that the marketing for each element is easier. Also story relevance, since (to my knowledge) Bionicles do not procreate.

Thanks for the reply

If I had the parts, I would