he defends the souls of the fallen helping them crossover. despite his scary look he is very friendly 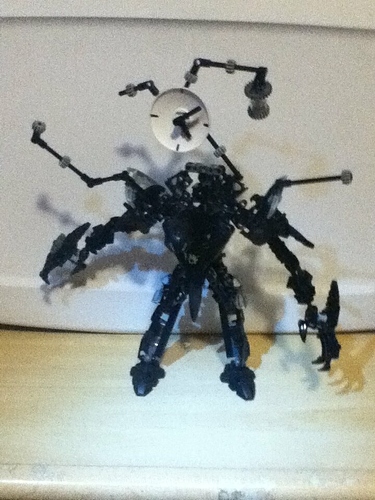 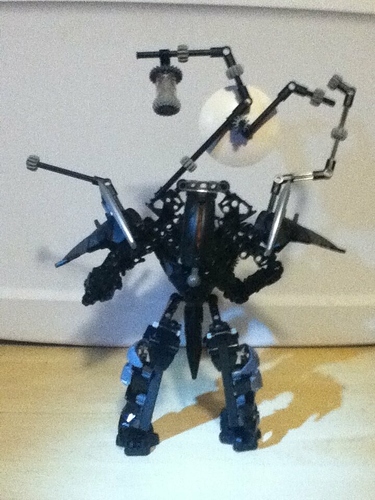 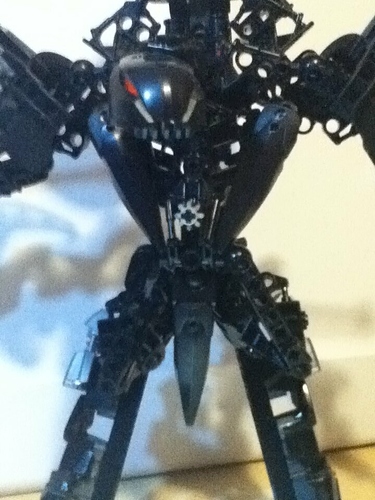 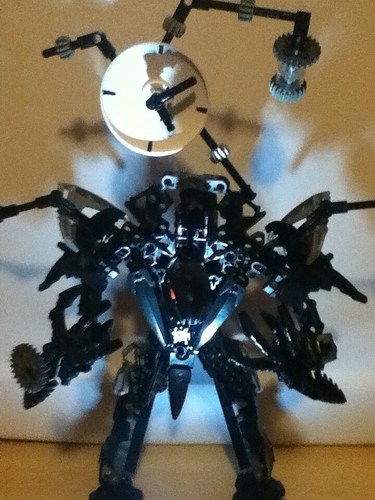 Pretty interesting design overall. I like the whole hunchbacked appearance it has.

The biggest problem I see is camera used to take these images. But I understand.

What are those things coming out of his back?

the long black tings are supposed to look like a dead tree. with a clock and lantern in the branches.

Toa of death? Well, first off, Toa find powers like life-draining immoral, so I doubt any would have something like death as a power. The build is good, but it’s hardly a Toa, closer to a Rahkshi or Dark Hunter. Build is cool, story needs work.

he dose not kill. he defends and helps spirits cross over and stops evil forces from trapping them. he only looks scary he’s not evil. its like the bioncle version of the grim reaper.

Okay, then. That makes a bit more sense. But still, conceptually, it seems incongruent with other Toa powers.

ya I know I just wanted to make a toa of something that isn’t physical. and he is more of a story then a real living toa. like a kids story too not fear death.

okay so a major flaw here
when you hear Death
you usually think of evil, darkness and stuff like that
and in your case for using the word death

he does not kill. he defends and helps spirits cross over and stops evil forces from trapping them. he only looks scary he’s not evil. its like the bioncle version of the grim reaper.

this is not what death would stand for as an element
death would be sickness, plague, pestilence ect.

somebody who would stop evil would normally be personified as light

Tfw you’re a Rahkshi and join the Adeptus Mechanicus.

no I’m not adding color I spent days sorting out a huge bin or parts looking just for dark black. and as for the grim reaper I’ve been brought up that “he” is not the one who kills but is the one who helps guide.

It’s rather messy, and I find the upper section difficult to make out. I’d recommend using the grey as a way to make shapes more apparent, rather than random blotches of color.

This is a pretty cool MoC! I really like the clock!

I like the way this is going. The build appears quite clever, actually. I’m a fan, but:

no I’m not adding color I spent days sorting out a huge bin or parts looking just for dark black.

I understand, my self MOC is sort of the same way. My self MOC, a toa of shadow, was originally, but I gave it blue and I’m a big fan of it now. I advice you do the same to add a secondary color. Not only does it make your MOC appear better but it stands out much better and overall makes the MOC as a whole much more enjoyable.

Keep it up, though.

The design is alright however it still has issues.
Like everyone said earlier, the build a mess but since it’s primarily black and the poor camera shot; it not too noticeable from afar.
Not sure how I feel about the lower legs begin a long beam and the gears and clock sticking make it stick out in a good way.

The pictures are a little low quality