The Assyrian came down like the wolf on the fold,
And his cohorts were gleaming in purple and gold;
And the sheen of their spears was like stars on the sea,
When the blue wave rolls nightly on deep Galilee. 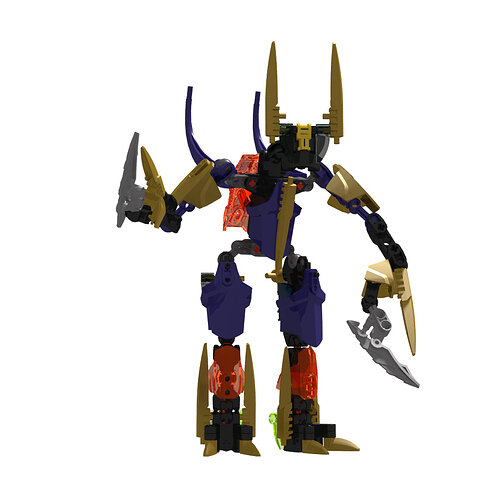 When originally doing this MOC, I had no intention of what it is now. But I was thinking of the poem, “The Destruction of Sennacherib” and so I decided to make this MOC into a Bioniclized version of the Assyrian king. 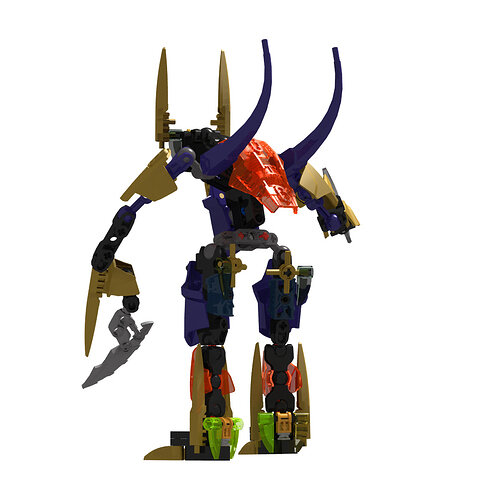 Sennacherib - The King-Destroyer
Sennacherib is the king of the island of Asuri Nui, the home of the strange Akadians. Their bodies are hunched over, and to those greater than them, may seem weak, but they have great power. Sennacherib saw the Matorans as great slaves and tried to conquer Mata Nui, but that failed when his army was swallowed up by the sea.

(Sorry if the renders are poor, I just now noticed the green eyes aren’t as green as they should. I’ll make better renders tomorrow.)

It’s ok, though the colors could be improved.