We wash up on a beach.

Takuma narrates our harrowing adventure, a little demo to see how our RPG series is going to work and what needs to be fixed or made faster going forward.

As we drag ourselves onto the sandy beach, we’re greeted with a shrill voice by a Turaga. “Care to buy some premium Kanoka?” he asks.

“I’d rather steal some premium Kanoka!” retorts Viper. The Turaga stops, taken aback by her words.

Venom takes advantage of this moment to punch the Turaga in the face.

Viper responds in kind, as her character pulls our her rifle and shoots directly for the chest. Two hits shatter his HP, leaving him vulnerable.

The Turaga is knocked back by these joint attacks. His mask, sent flying off by the forceful blows tumbles off the cliff bank and into the water. Viper, ever the scavenger, dives in after it.

Me, I’m a bit more of a schemer. I poured everything I could into intelligence points, and so I take advantage of this to access the situation. This Turaga is kind of a pushover, but if he yells for help, we might get Vahki or Toa on our tail, and none of us need that kind of attention right now.

“Someone, throat punch him!”

“We can’t have him scream for help. Eljay, you’re going have to punch him in the throat!”

“Why are we mugging him?” he asks.

“Because Viper wanted to!”

“It was a joke!” says Viper, gasping as she climbs back onto the bank, the Turaga’s Kanohi in tow. “Well, I mean, I wanted to rob him…but I would have done it, you know, sneakily!”

“Well, we can’t go back in time,” I yell. “Somebody punch him in the throat!”

Eljay jumps up and turns around, arms outstretched, shielding the Turaga from our attacks.

“Meso? Can you do a shadow tendril attack around Eljay and hit the Turaga in the throat?”

“It’s going to be a tough attack,” notes Takuma. “You’re going to have to guide your attack around Eljay and into a small area. You want to risk it?”

Meso does. He rolls.

It hits the Turaga, square on the throat. Already weak from not having a mask, Meso’s strength roll would incapacitate him for at least one round. The roll is so high that he’s out for eight.

We’re done. Everyone breathes a sigh of relief, except for Eljay.

“So…” I say, looking around at everyone. “We’re going to have to kill him.”

“Yeah,” Meso agrees. “We can’t let him testify against us.”

“No, wait!” Eljay says. “I have an idea. What if, instead, we frame him for attacking us? We could claim self-defense, say that he tried to blackmail us…”

While Eljay goes on about his plan, I don’t tell him how stupid it is to bank our freedom on testimony instead of disposing of a body and instead take advantage of this moment to loot the Turaga’s satchel. Inside I find two very weak, Power Level 2 Shrinking disks…and one Power Level 8 Weakness disk. The highest level there is.

“There! We can say he was trying to pawn off those two weak disks to us, and then threatened us with the Weakness disk when we became on to his schemes.”

“He threatened five guys with one disk?” I ask. “You think anyone’s going to buy that?”

Ven nods at me.

“Look, we can’t stay around here, and that testimony isn’t going to hold up. Unless anyone has an actual idea that -”

There’s a shrill siren that pierces the air, and bolts rain down on us from above. Three Bordahk, flying in from a distance, see our little party and attempt to intervene.

Meso instinctively casts a field of shadow around us, shrouding us in darkness. I run over to the Turaga. Three to two, that was the vote. If you want something done, you’ve got to do it yourself.

Viper pulls out her rifle and starts creating some cover fire. Ven preps to charge as soon as the Vahki land. Eljay turns…and uses his elemental powers to see if he can trap me in vines.

My legs entangled, I try to see if I could get a retaliation shot off, but my round is interrupted by the Bordahk landing right in front of me. Viper slashes at it, but the second one lands next to her.

He steps in and rams his Devastator into the Vahki right next to me, piercing the armor with a thunderous blow. Then, with a flick of his wrist, he pulls the detonator on the Devastator’s tip. A million widget piece of tech splinters into tiny pieces of debris.

Eljay runs up to the third Vahki, who has landed father away from the group, and tells the Vahki to bring reinforcements, blaming the attack on me. He hopes to pin the crime on me while I’m still entangled and get away scot free.

I reach for the Weakness disc, hoping to catch him, but caution overwhelms me. I don’t know if I could make the shot - and the Vahki are still attacking the team. I’ve got to think outside of the box.

I put my arms to the side and bring out my Sceptre. It has a telekinetic blast that can be used to push people away. Instead, I point it at the ground. Angling it, I turn towards Eljay, but then stop. As much as I want to retaliate, my character’s a team player. And right now, Viper still has a Vahki on her.

I tilt the scepter towards her and launch myself, ripping open the vines as I barracde towards the Vahki. My roll falls flat, though, and I tumble into the drink. As I pull myself up, Eljay tries to knock me back again by whipping vines at the cliff bank.

Meso has had enough.

He unleashes a Fear Attack on Eljay. It’s so critical, Eljay is pushed through every level of insanity and becomes a rabid dog, completely raving mad.

“He’ll attack the closest thing to him! Someone - push the Vahki in front!” I yell.

The others don’t hesitate. Betrayal against the team like this - that’s not someone you want to trust.

Eljay has no choice but to attack the Vahki, who registers his previous accusations as being false. Eljay, having no weapons, just punches the Vahki, which does him no real favors.

“Get me a clear shot!” I yell at Viper. She slashes against the Vahki, trying to get her out of reach. I pull out the Weakness disc, taking a second to see if I can aim at Eljay. The darkness field clouds my vision by ten points, my aim is another. I have to roll under 20 to make a hit. That’s a 1 out of 5 chance of success. There’s got to be another way…

And then it hits me.

I run up to Meso and hand him the disk. “Aim first!” I yell, pointing towards Eljay. Meso gets what I mean. He’s put more effort into his ranged skill, meaning he gets an under 40 window. If he spends one of his turns aiming, he gets an increase of +10, and he doesn’t get blinded by his own darkness cloud.

Instead, I run over and use the vines Eljay entangled me with, and strangle the Turaga with the loose vines. That’s how you frame someone.

Meso’s turn is after mine, and before Eljay’s. He doesn’t waste a moment.

Eljay is hit so weak that he loses literally every stat of strength and toughness that he has, and is reeled back so hard that he enters into a coma. The Vahki, taken aback, blasts off for reinforcements.

Ven runs up, grabs Eljay by the leg, and swings him around and around his head, like a helicopter. He throws the comatose traitor into the sea, and the team sighs in relief.

Ten months later, a sullen Takanuva is led out in chains by executioners before the Four Emperor Gods. My arms lie folded, with two floating disks at my hands for rest. Viper, Meso and Venom sit by my side. Above me is a decorative chandelier, a hollowed out Turaga through it’s middle, slightly rotating clockwise as the crowd chants their worship.

The Four Emperor Gods wave their hands, as Takanuva looks up to me with pleading eyes. The light of the universe begs for my mercy. He is innocent, he pleads.

My thumb points down.

This is the RPG.

This seems pretty interesting. I like how you all aren’t the goodie two-shoes Heroes (Besides Eljay) and actually fight among themselves. I also find the ending to be shocking, yet powerful at the same time.

But the real question is…how much does one Kahi cost?
This sounds like it’ll go well. I’m excited to see it! assuming it happens

I was surprise that most of you weren’t really… heros.

There are no string on kahi!
TTV: Age of Kahi

My thumb points down. 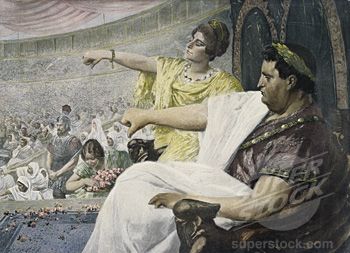 What exactly is going on here?

Kahi is alluding to the fact that he is for sale, that’s what’s going on. But if you’re innocent, you can’t afford him. /s
This is supposedly ‘session zero’ of the RPG made by Takuma.

This actually happened in call the other night, in case it wasn’t clear. Kahi just made a novelization of it because we were chumps and didn’t record it.

Kahi just made a novelization

The conflict between the characters actually reminds me of the D&D session I had with my IRL friends, where we fought each other more than the enemies…

I would like to hear this from the other’s perspective. I have a feeling Kahi exaggerated his usefulness.

I would like to hear this from the other’s perspective. I have a feeling Kahi exaggerated his usefulness.

I actually watched the podcast on Vessel first, I meant a written version form the other cast members.

I have a feeling Kahi exaggerated his usefulness.

He tends to do that.