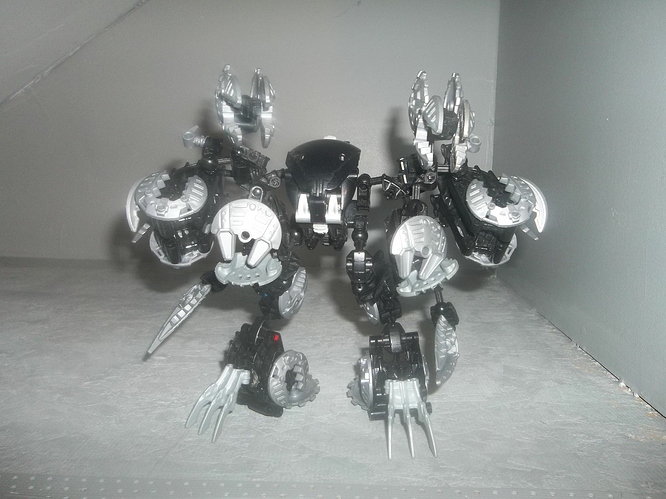 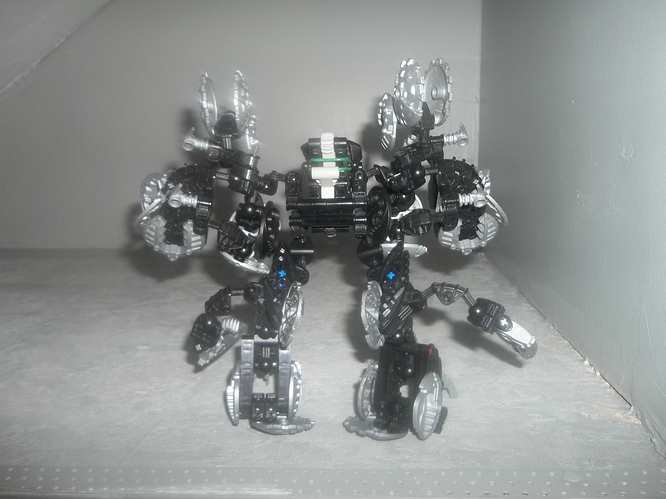 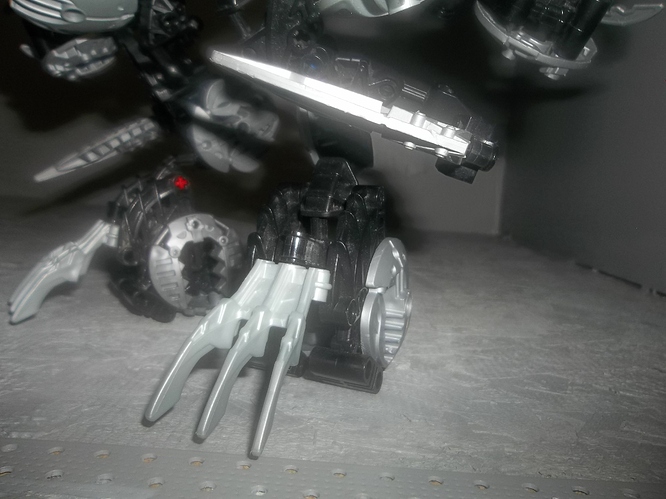 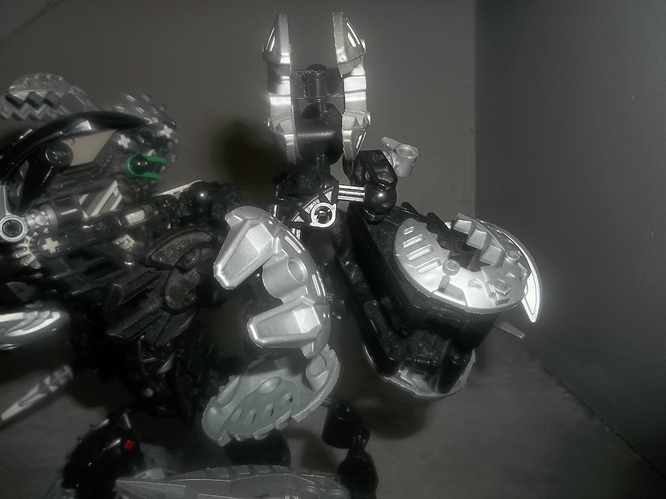 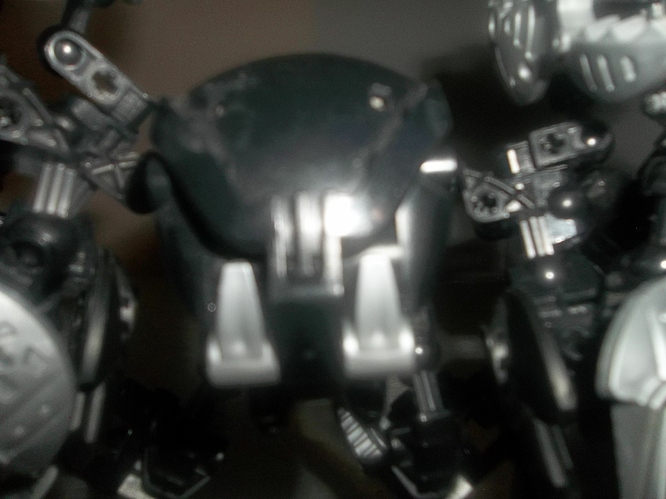 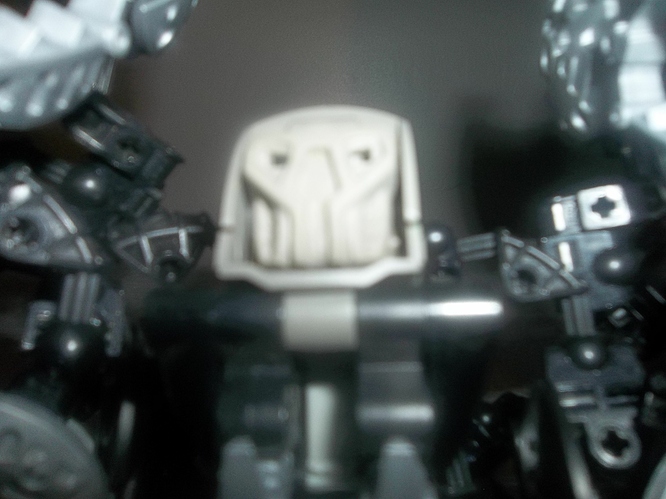 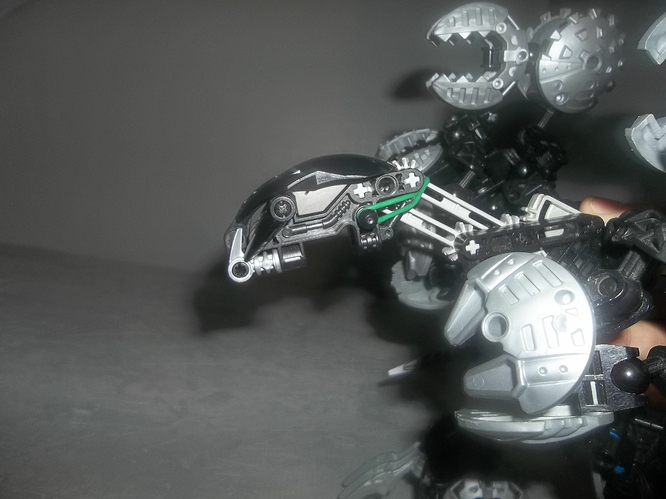 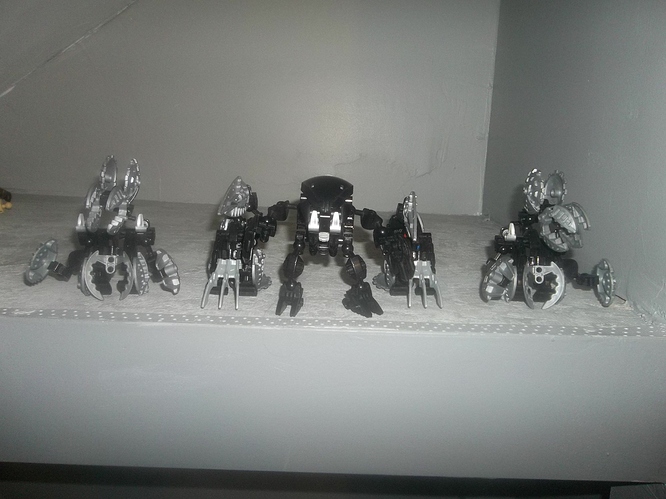 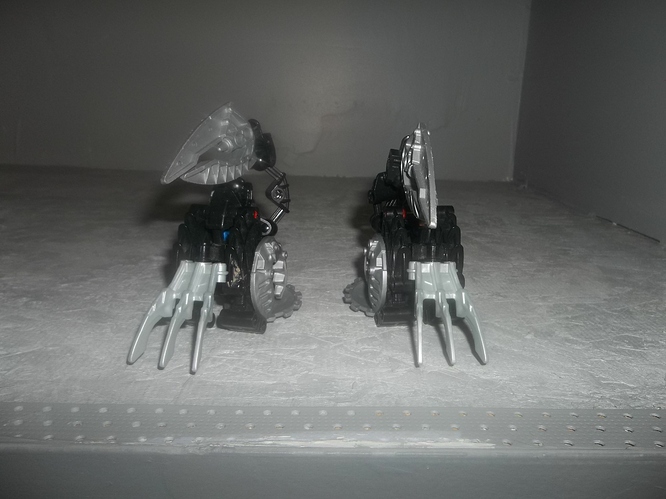 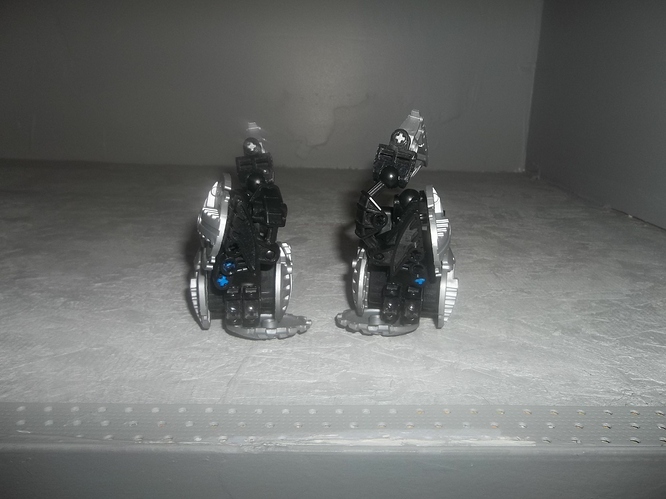 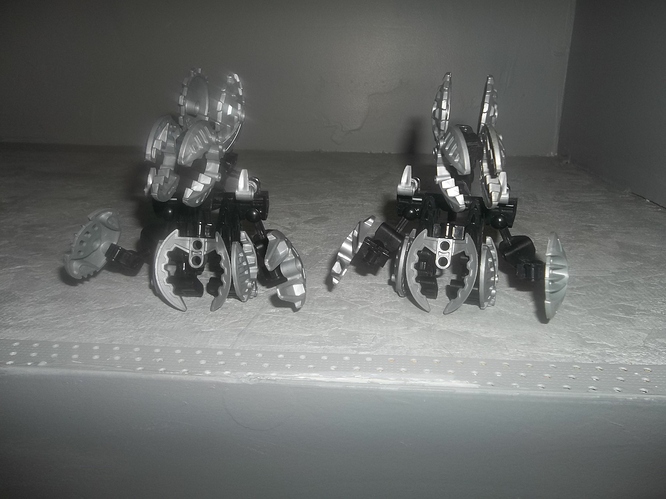 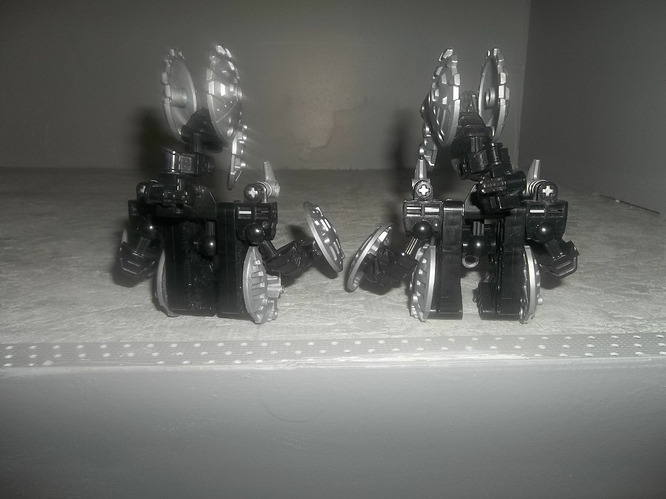 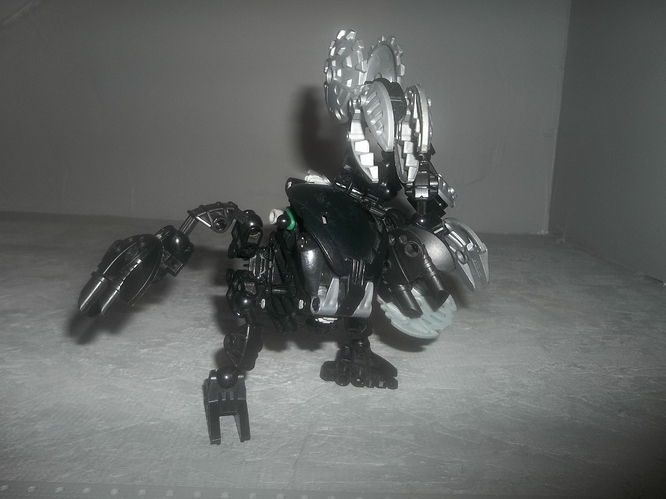 Name: Shadark, Makuta Buster Mode
Occupation: Tank(literally), Mecha, Monstrosity
Element: Shadows, Metal
Team: Makuta Terrorizes
Weapons: Shadow cannons, Helmet, Vacuum cannons, Tri Blaster, gravity boots and generators, Plasma Rifles, Magnitism generators, Electrical body, claw crushers, air powers rocket fists, size, army split ability.
Mask: Su-Kal
Powers:
Weapon: His shadow cannons are more powerful in this mode. his helmet has twice the strength since his normal form because of barrier tech, giving him the ability to knock peoples heads of with one blow. his Vacuum cannons have the ability to suck out oxygen from the air and shoot it back out in the form of missiles. his Gravity generators in his boots allow him to control gravity from a certain distance and for this reason he uses it mostly to lift himself off the ground and then uses his air powered rocket fists to move himself and hit enemies with his over sized body as well. his plasma rifles can shoot plasma hot enough to melt through any surface. his magnetic generators when used can allow him to form his hand to move any melt object ore quickly grab it and lunch it like a bullet. his Claw crushers allow him to use such force that he can literally cut someone in half. his Size gives him a dangerous and scary look. the tri blaster cannon lets him chose any three of the nine elements and combine three of them to cause a chain reaction that could make such damages to, for example, to atomize an entire building, unfortunately this power comes with great strain on his energy source. his energy surges through his body giving his surface is charges with electricity. and when needed he is able to split himself into his bohrok form and four other forms to chase after and “Assimilate” the enemy temporarily giving it the powers of that enemy, but when needed he can use a single part of his armor for anything.
Element: his element in this for is completely voided out.
Bio: this form was brought into existance BECAUSE of the Makuta buster. with its strength and power it brought down the Makutabuster into a pile of ruble. for this to happen the Bohrok Suggested mixing the powers of several of the Strongest Bohorok-Kal. needless to say it worked. not only giving it more power but also giving him an army of his own. with this Shadark became known as “The Shadowed General” bring his reputation from a lowly grunt to a powerful Makute in a mater of days. with his cunning, and army behind his back, and the world at his disposle Shadark is more then likelyu one of the only Bohrok to actually be a threat to a galaxy.
Theme: https://youtu.be/Ahg8DXZ6bPc

So…this was SUPPOSED to come out on sunday…BUT I decided I wanted to do something else so HERE WE GO!

Edit: Had to change the theme cause somone already had it in my line up XD

Reminds me of Buster… and kind of looks like him to… Groovy.

Reminds me of Buster… and kind of looks like him to… Groovy.

XD Not what I meant for it! Can I see hims again?

Buster isn’t built like this at all, it just reminded me of buster. I am still working on him so it may be a while before I post him.

Buster is built more like a white Umarak the destroyer.

Complement or insult thank you!

XD thats what I was going for! Complement or insult thank you!

That’s awesome. I love the way it all looks together and how it can be detached. It all works very well. Keep up the great work!

Gladiator is that you?

Gladiator is that you?

#Maybe…
Nah, I didn’t make Gladiator. I just think that this looks like him.

Nah, I didn’t make Gladiator. I just think that this looks like him.

This is one heck of an upgrade!!!

It looks cluttered though, and having black and silver as the color scheme doesn’t help. The boots are amazing, and the way it all can split up and leave the bohrok intact is cool.

This is one heck of an upgrade!!!

ACTUALLY this is the original ^^;

It looks cluttered though

Dude I hat to say it but most os my moc’s are gona be black and something else! so don’t judge XD

The boots are amazing

and the way it all can split up and leave the bohrok intact is cool.

That originally wasn’t gona happen but then I got INSPIRED!

That’s awesome. I love the way it all looks together and how it can be detached. It all works very well. Keep up the great work!

DANG! I think this is the MOST good compliments I have ever gotten!

I hat to say it but most os my moc’s are gona be black and something else! so don’t judge XD

The color scheme isn’t bad, it just make it harder to make out than a bright color scheme.

XD no offence but this isn’t supposed to be a “BRIGHT” Color scheme!

So its like a mech suit, for a bohrok. While the concept is amazing, Although, I don’t think it turned out too well in practice.