In a world where chickens created their own society, A society where only the strong survive and the weak are forced to farm rocks, one chicken wanted to become the strongest warrior. His parents where both rock farmers but he dreamed bigger, everyday he trained to become stronger to realize his dream. Once he reached the age 5, Shi-Ken moved to the city to fight in intense chicken fights. He was pretty successful in the arena but made some bad decisions and ended up loaning money from a loan shark who forced Shi-Ken to pay all money he earned from battle. One day Shi-Ken couldn’t handle it anymore and challenged the loan shark to battle, Shi-Ken lost because the loan shark cheated. Shi-Ken was forced to move back to his family’s rock farm. On the way back he got lost, seeking shelter in a cave a mysterious light caught his attention. Following it Shi-Ken found a weapon, the ancestral spear of Roh-Ster. He took the weapon and moved back to the city, where he challenge the loan shark to a rematch and won with the power of his new weapon. This earned him the title of “The Fiercest Warrior”

This MOC was build for the Brickset Character Building Competition. 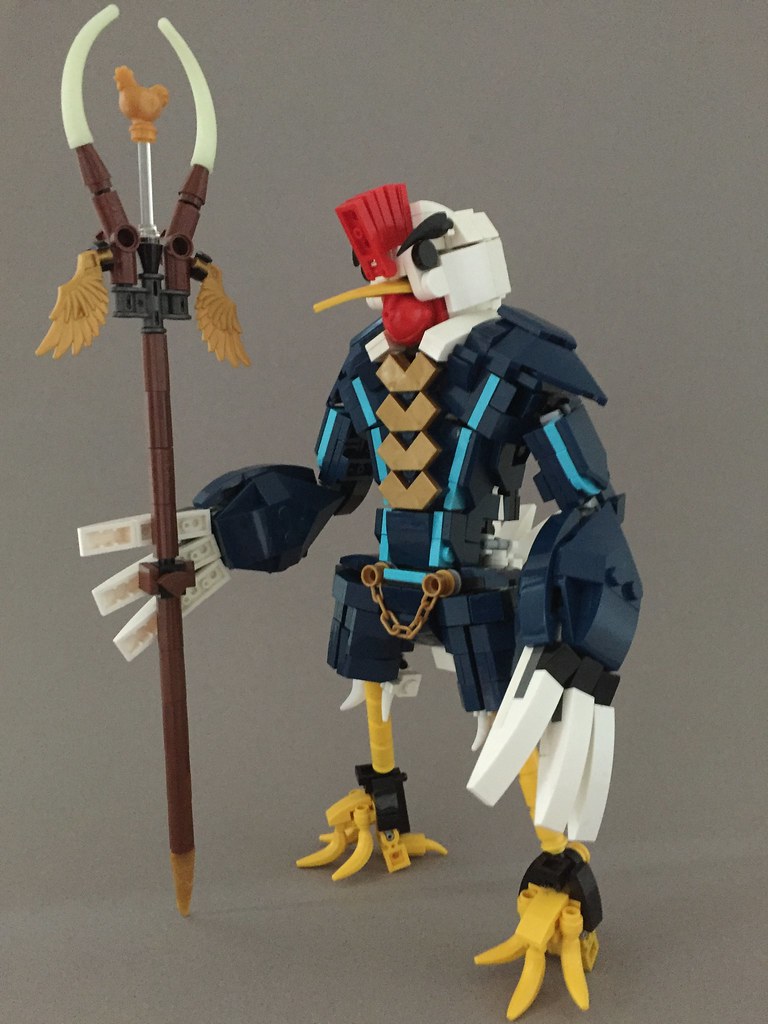 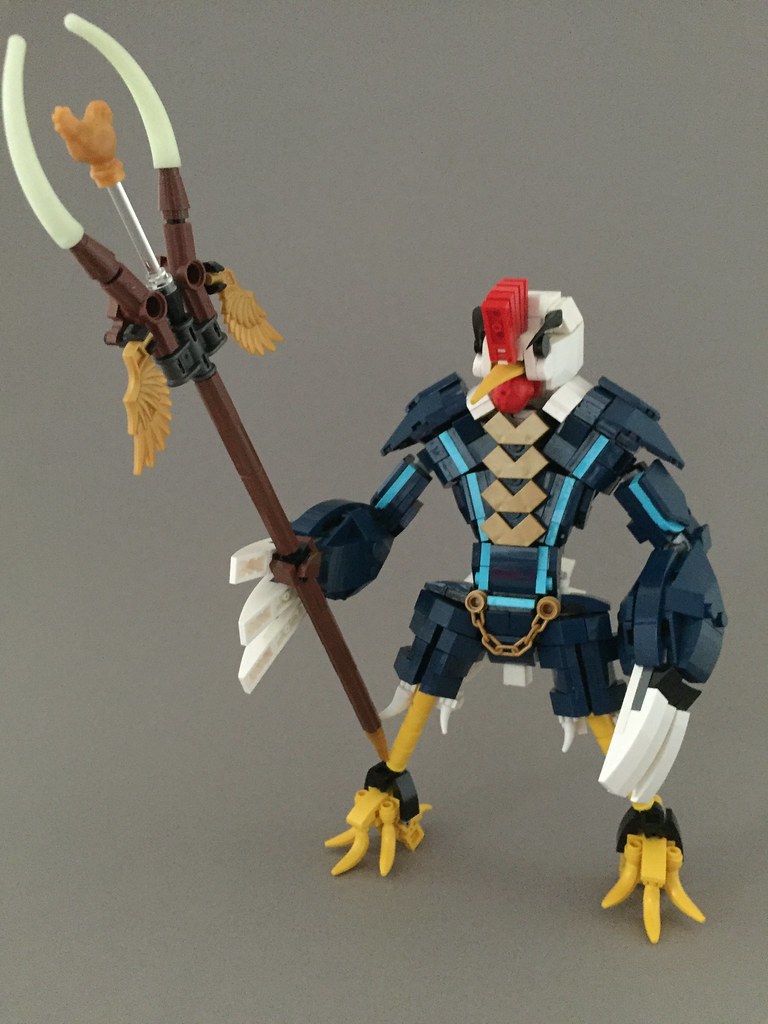 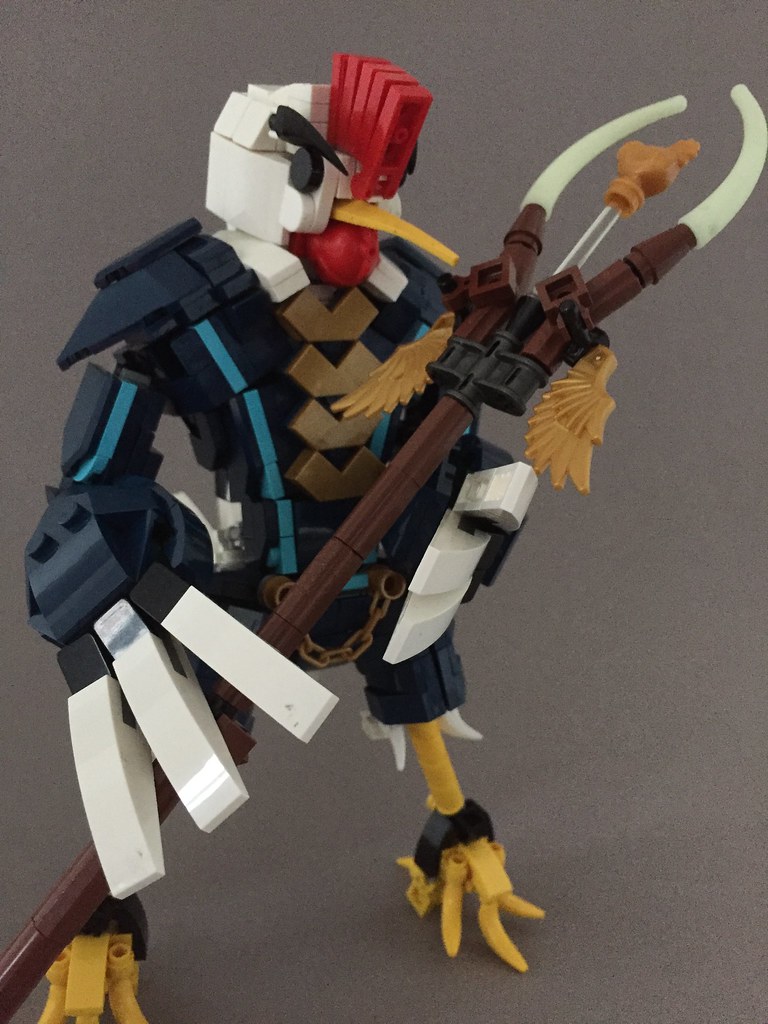 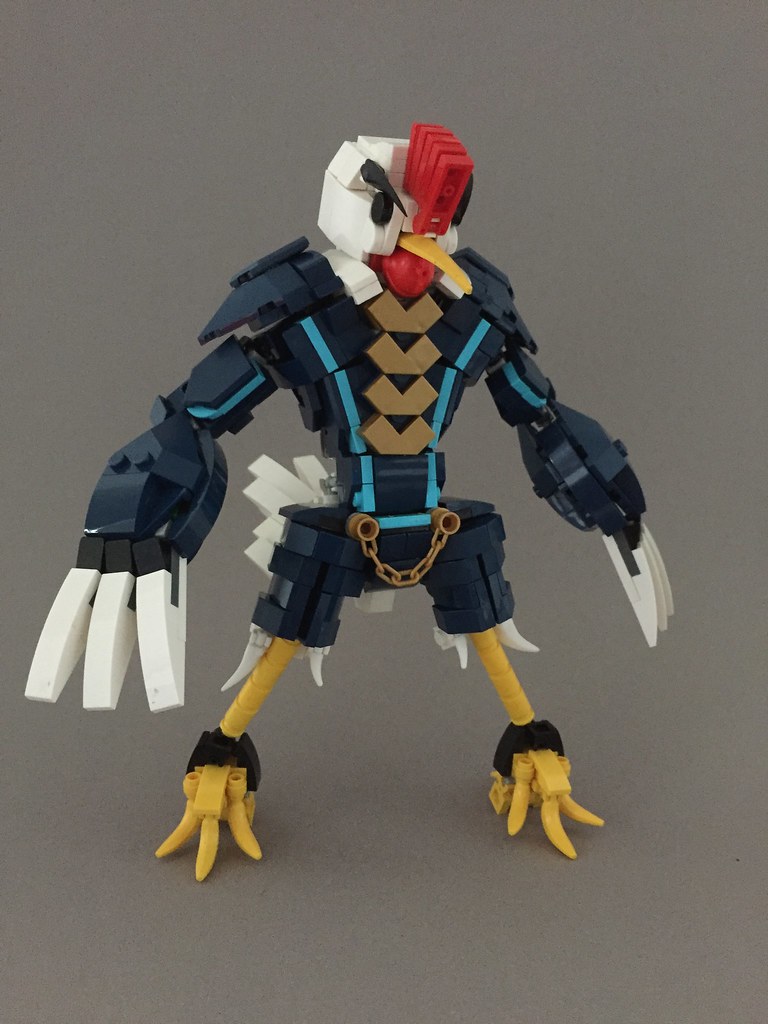 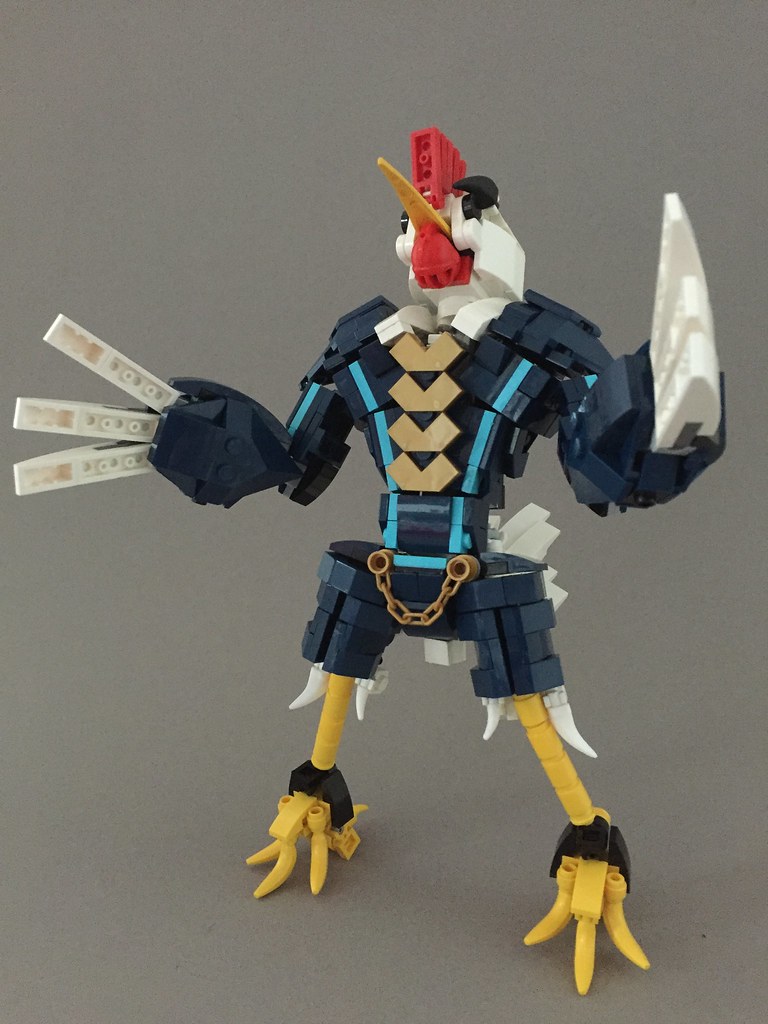 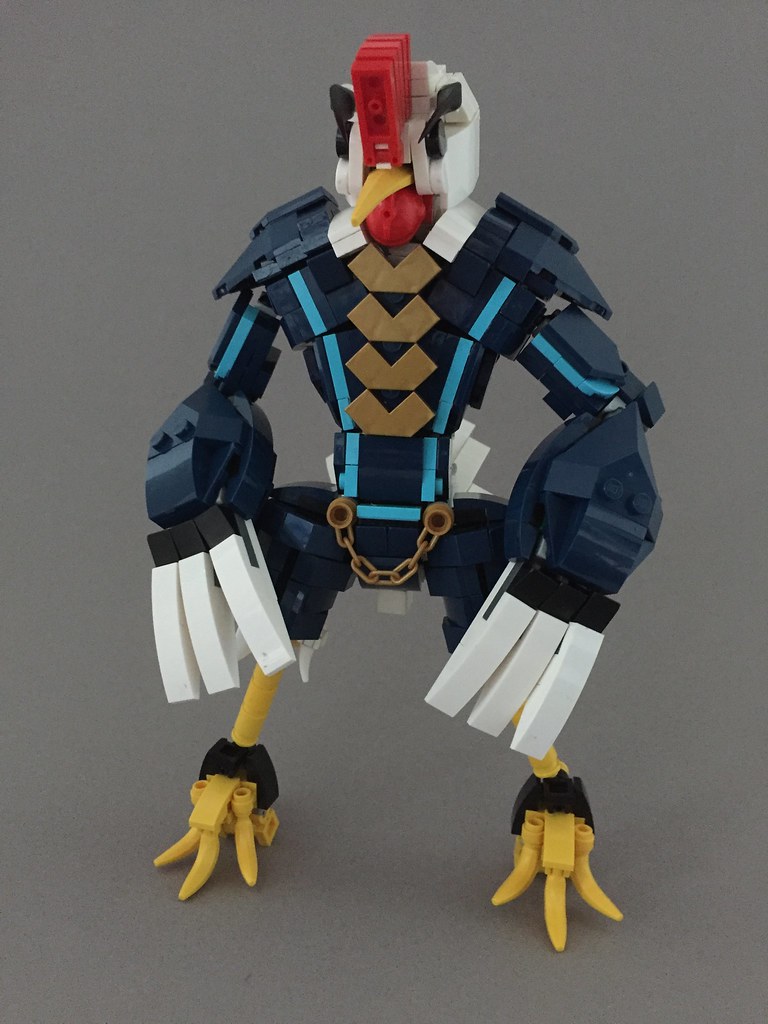 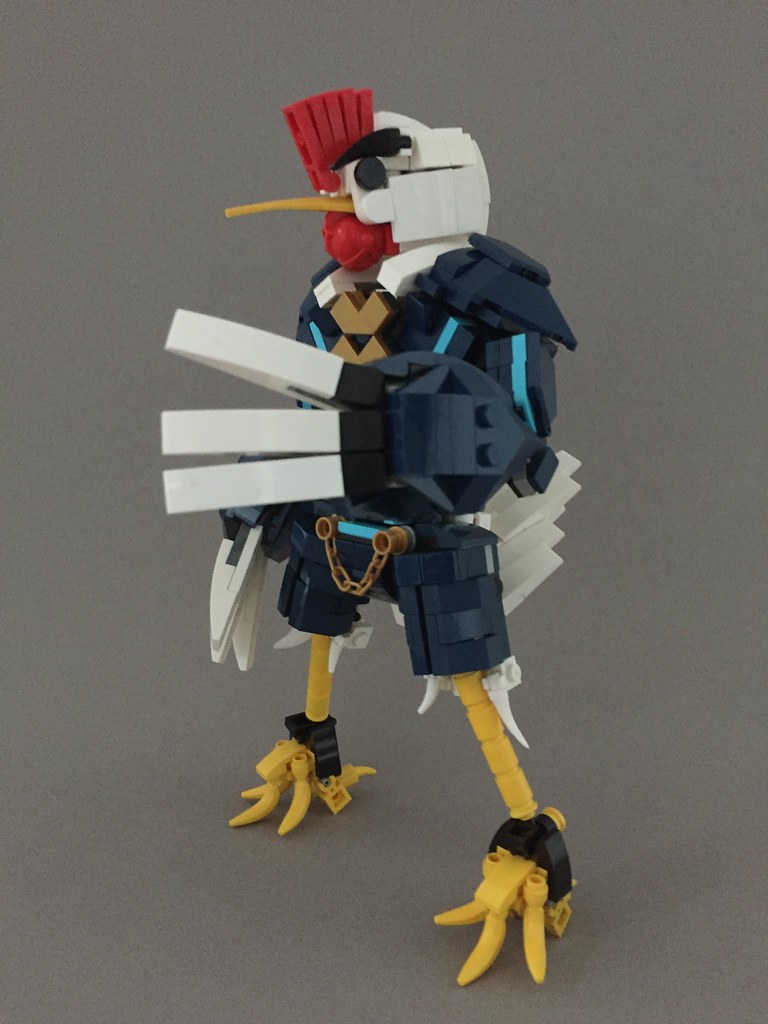 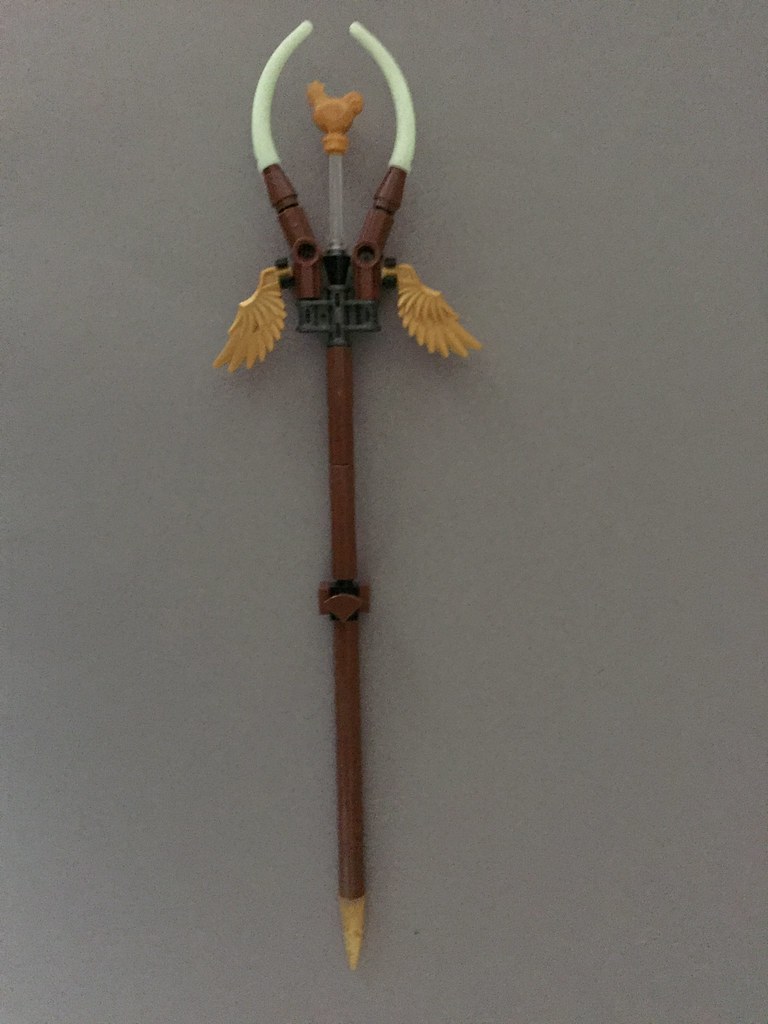 Looks pretty fierce to me.

This is genius. The moc, the design, the name.

Love the proportions and the head, so good! Nice work!

I guess you didn’t chicken out on making an amazing bird moc. nice motif by the way.

I must have that staff. But I fear fighting the warrior who possesses it.

I love how he looks perpetually pissed off. Great work here.

Really nice MOC! I like how you did his head.