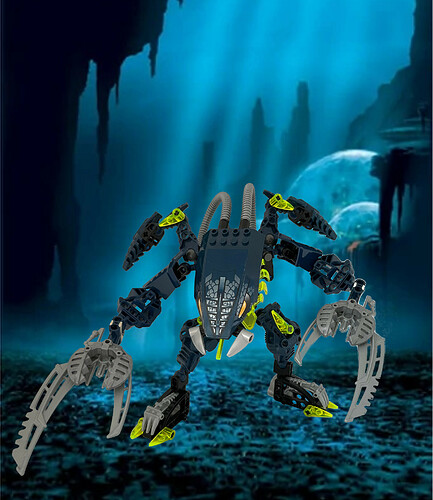 underwater_monster1748×2016 568 KB
(the background image was found on the Bionicle Wiki https://static.wikia.nocookie.net/bionicle/images/2/25/Voya-Nui_Underwater_small.jpg/revision/latest?cb=20111227052639 - no copyright infringement is intended)

One of the many dangers inhabiting the Pit, Skubarak was the result of one of Makuta Mutrans many experiments. His attempt to merge a Visorak with a Bohrok created a murderous beast, whose uncontrollable behaviour led to Mutran banishing him into the Pit. The Mutagen of the waters caused a growth in his body as well as his mind, evolving Skubaraks simple instincts into the functioning intellect of a predator. He will hunt or attack any sentient being who gets in his way, but is known to sympathize with Rahi, whom he feels a kinship with.

At some point, I considered making this MOC my version of Marendar, before deciding that his look was fitting for a “prisoner of the Pit”. He is a simple build, whose construction began with the large head from the Visorak Gate playset and was completed with a lot of dark blue pieces shortly after. I really like how his color scheme and his silhouette turned out - simple but effective in conveying his aggressive, predatorial nature. At least that’s what I think 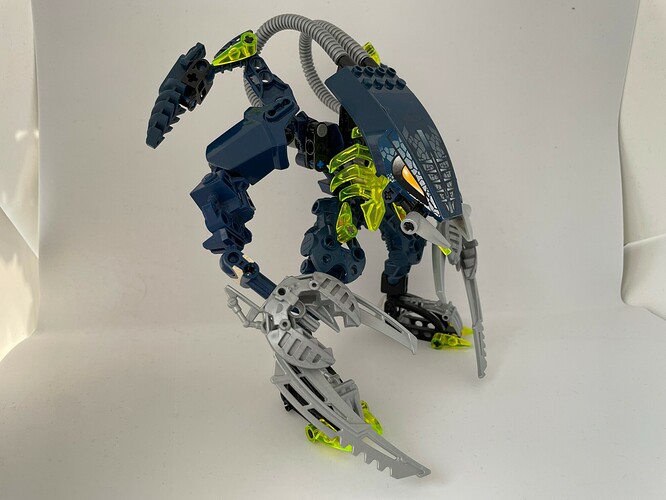 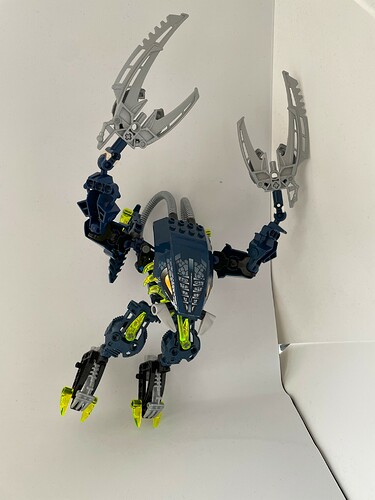 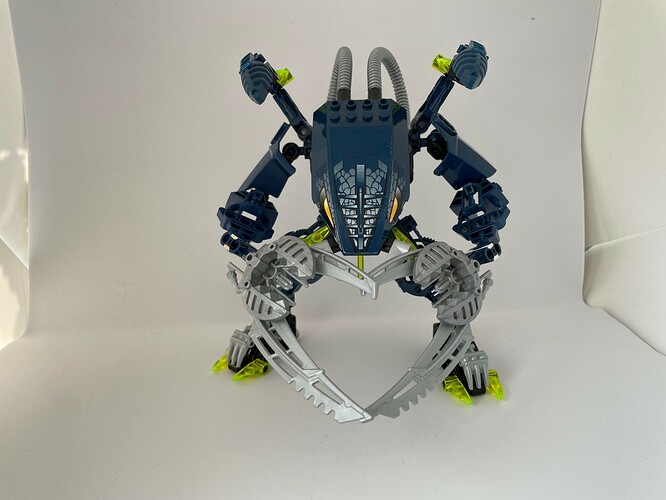 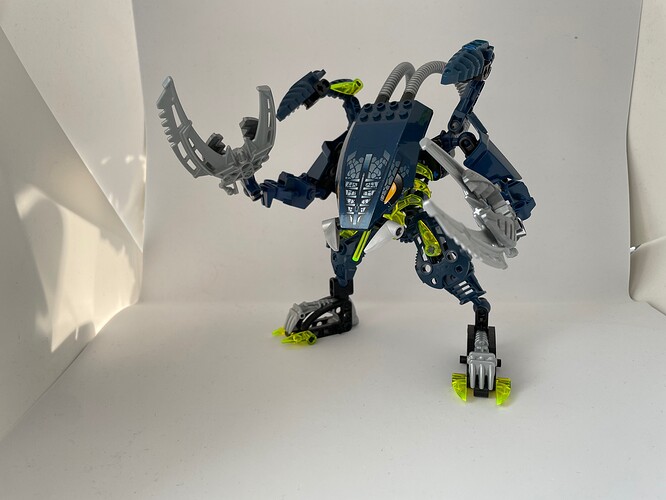 Oh wow, finally a good use for that Visorak’s Gate carapace!

Solid colour scheme, I especially like how good the feet look for how few pieces they use.

Interesting use of the Visorak gate piece.

I really like the way this instantly conveys “Visorak”, “Bohrok”, and “shark”. Great work.

It’s very cool! The Visorak gate piece and all, but it has great colour scheme, has very aquatic feel. Totally like it.
Oh and posing is quite nice.

@CalamitousT Thank you very much for your kind words, both regarding the feet and the head! It is indeed a rarely seen part

@LegoDavid Thanks dude!
@Winger Thank you so much! That’s exactly what I felt when he was done too

@Lesnichiy Thank you! I’m slowly building up my “posing experience”

Very nice! His stance conveys a lot of character. Also, as always, Barraki teeth get a 10/10 from me.

@MooCowsRock Haha yeah, they’re awesome (and surprisingly easy to use in mocs, I think!) Thank you very much

This is awesome! Great use of parts and great color scheme!

I love the name too

@Daler99 Thanks a lot!!! The name came to me while watching Creed in The Office