In life he was a fierce and loyal warrior in service of the mask makers. In death he serves his hamster once more… 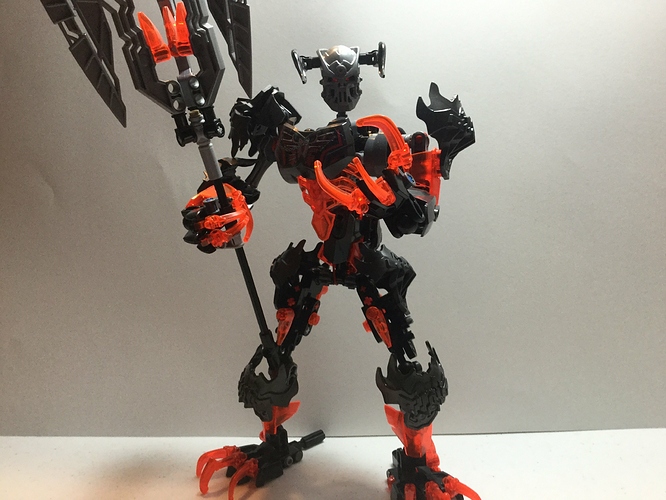 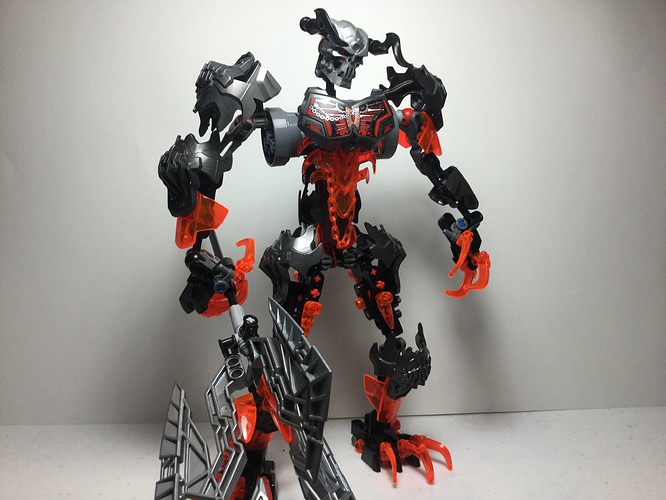 The concept is pretty basic. It’s a skull grinder revamp and that’s about it. 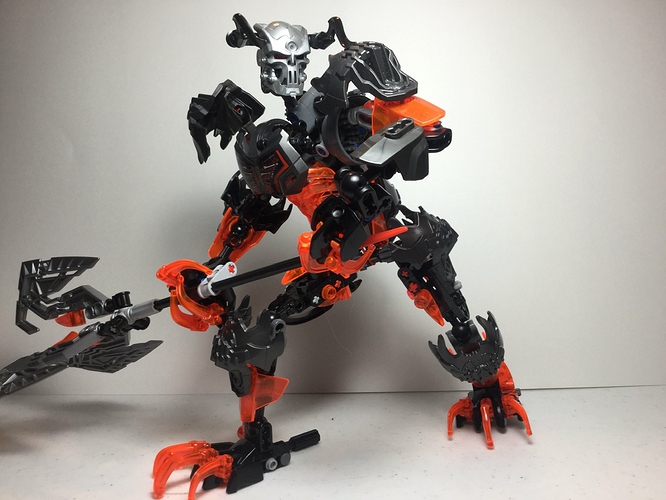 The build is custom in the torso and in the thighs but the rest is ccbs. What I tried to do with this guy was to make it a bit more mine without loosing or severly altering the traits of the original set. Of course this thing’s already a year old.
Back vew: 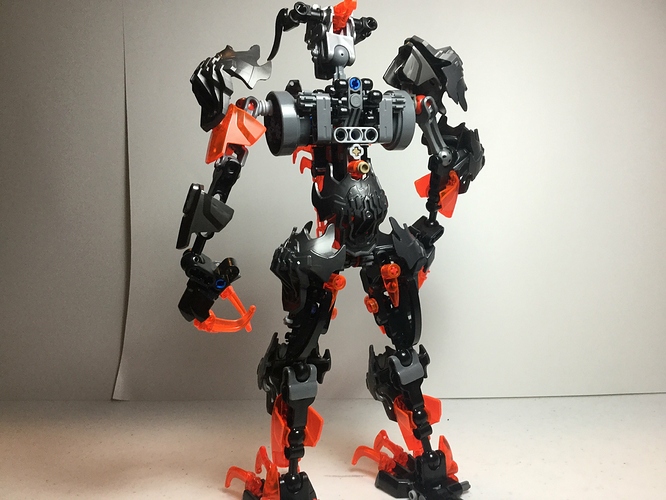 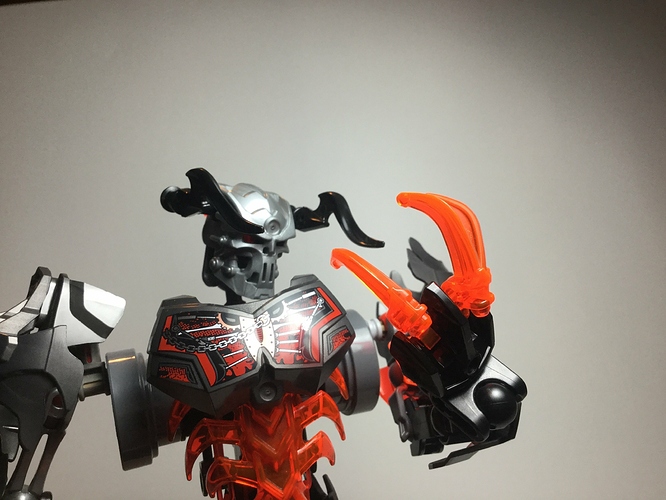 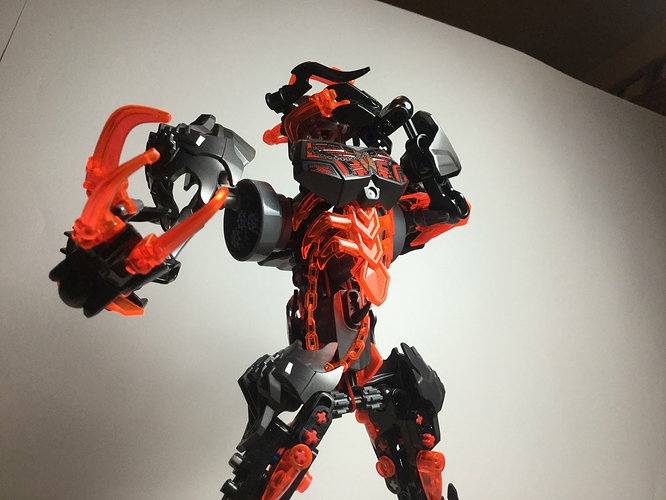 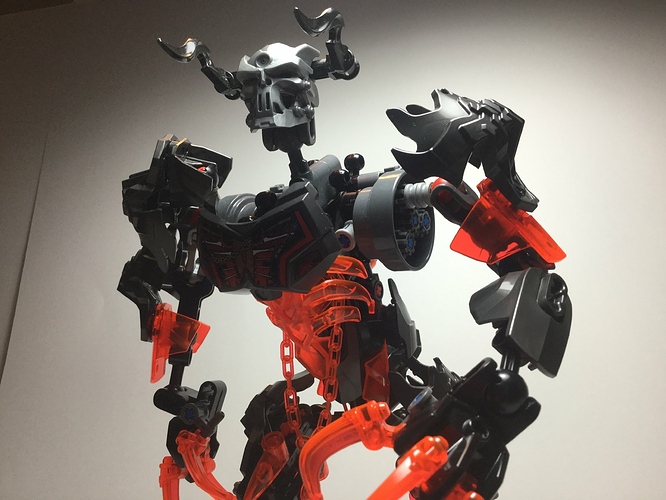 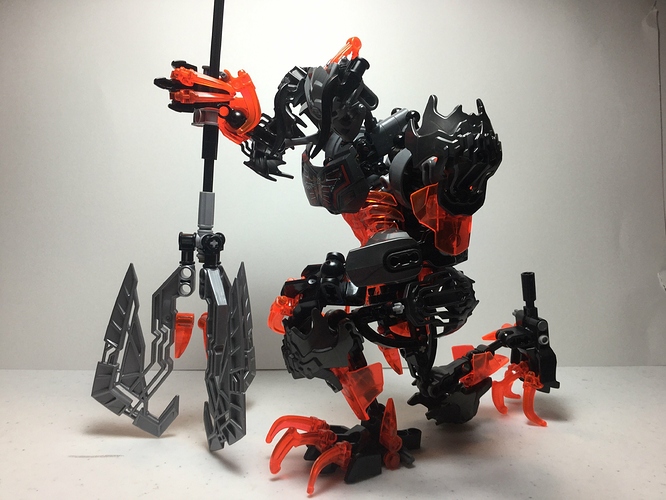 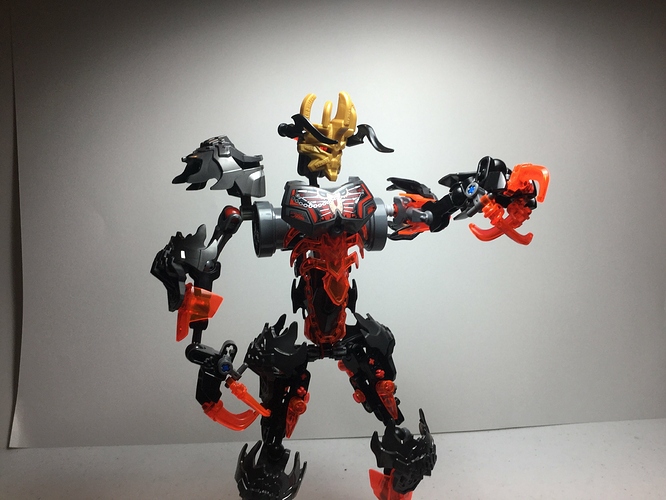 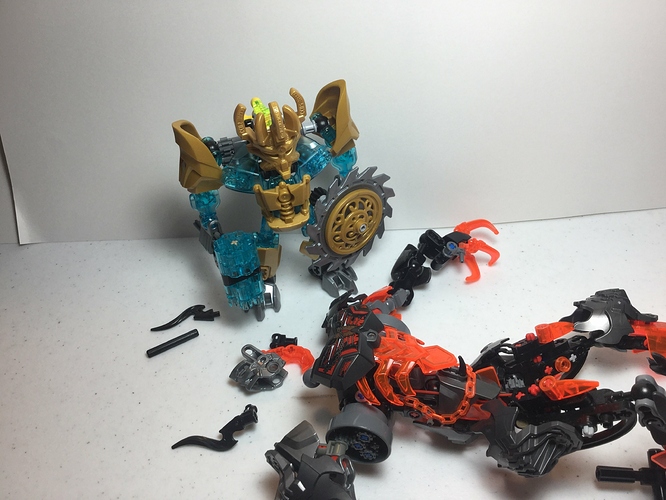 And that’s about it. Leave your thoughts and criticism in bellow, I’d love to start a discussion!

And for my next moc:

So I got some complaints about a few things, mainly the neck so I decided I would modify it a little to see how it would look. This was the result 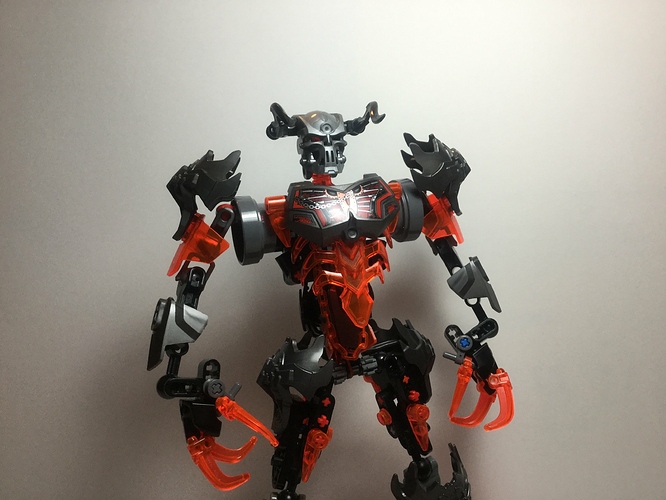 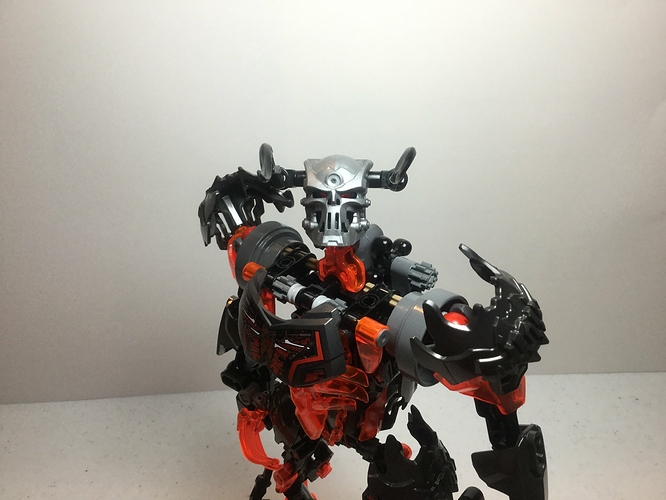 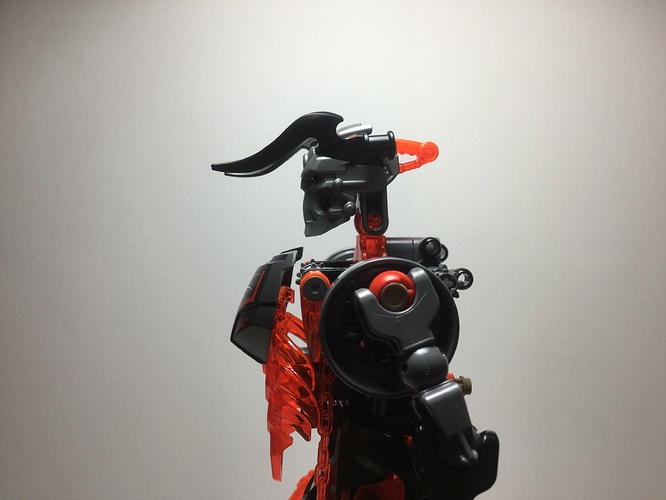 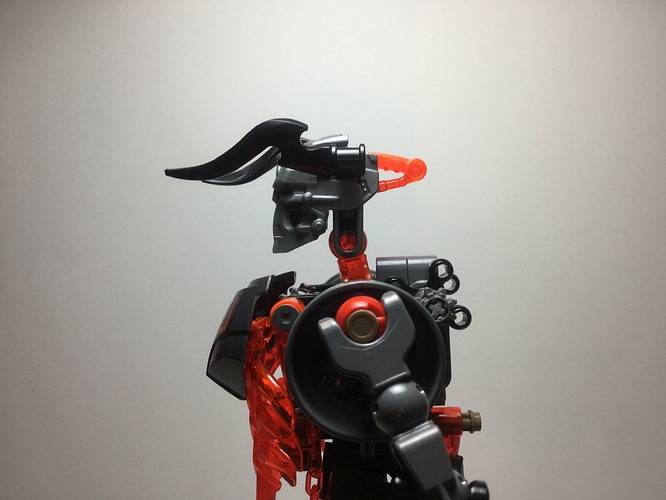 Also I’ve changed what moc I’m going to post next. 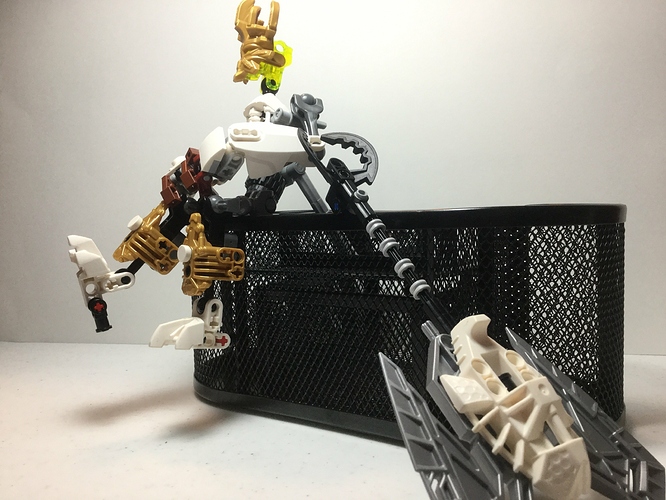 I don’t like the open axles, the weird things sticking out of the back of the feet, the long skinny neck and how much the skull armor on the shoulder sticks out.
The rest is pretty good though

The shoulder joints seem really low or the torso is placed really high and like Umarak said, the neck is really skinny, but other than that, I really like the MOC.

I really like the legs, however the arms are too low and the neck is a tad bit long

The problems for me are that the neck feels too long and the shoulders seem too high up. Otherwise, nice job

I really like the upper leg design! I’m not very good at building legs, and I like to see some inspiration once in a while! My only complaint is that the neck/shoulder area is a bit gappy. You can slide some kind of tire on the neck to give it a bit thicker. Also, I would redesign the shoulder armor a bit. Other than those two complaints, nice MOC! P.S. Is that Umarak the Destroyer I see at the bottom?

he serves his hamster once more

must be one powerful rodent

His body shaping is really weird. Everything looks so disconnected, and not really skelatal.

Pretty cool, but i’m curious as to what the purpose of the red rubber band on his waist is

it’s a cool revamp, i love the arms and legs but i think you should work on the body but aside from that it’s a really cool moc

Not bad, could use a little work on the armouring.
And

he serves his hamster 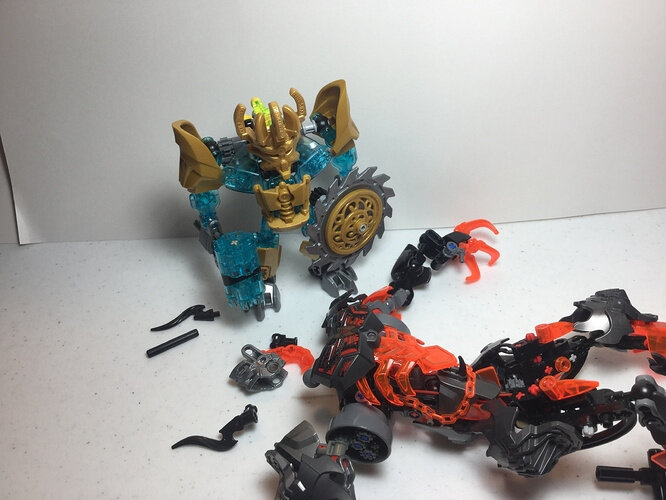 Mmm whatcha sayyyy
I really like how this is built, aside from the aforementioned derpy neck. The shoulders might need a little work, too. Otherwise, pretty good!

Hey so I’ve gotten some criticism about the shoulders and neck. I’ve made an updated version that I’ll post in this topic later today if I get the chance. Thanks for the advice!