So some of y’all might know this, but for a long while Pokemon was my primary fandom. During that time, I used to make a ton of spritework. In commemoration of Pokemon’s 20th anniversary, I figured I’d share some of my favorites.

A combination sprite of Pikachu and Macargo 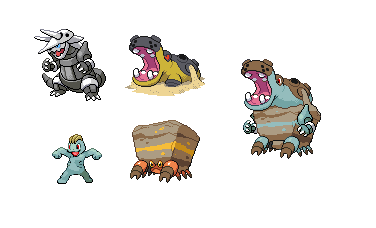 A combo of Aggron, Hippowdon, Machop, and Crustle for some odd reason 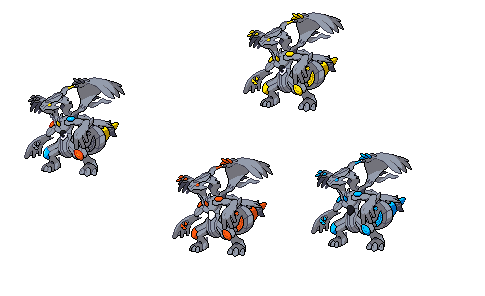 A combo of Reshiram, Zekrom, and Kyurem to give an idea of what the original dragon might have looked like.

A custom sprite of Squibeel, apparently by Aminako on deviantArt. 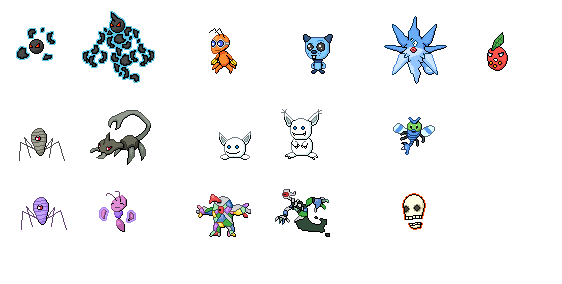 Custom sprites for some Pokemon I invented

That’s only in the Kanto and National Pokedex. In the Johto Dex, #20 is Furret. In the Hoenn Dex, it’s Lombre. In the Sinnoh Dex, it’s Abra. In the Unova Dex, it’s Simisear. And in the current generation, #20 is Scatterbug.

That’d be one heck of a PokeFusion…

also also note that with the exception of the last one, these were all created years ago

these are some rad sprites 8/8

Neat, I used to make a couple of these myself but I can’t find them at all.

A combo of Aggron, Hippowdon, Machop, and Crustle for some odd reason

Well, I guess Brock’s training in Pokemon Breeding has finally added up.

These are cool! I always wanted to try spriting, but never really got into it.
Fun Fact: I’m pretty sure sprites introduced me to ms paint, which in turn eventually led to the first Shape Wars animation pics.