Hey there you strangers.
So later this year we will see the tenth Star Wars movie: Solo: A Star Wars Story. It will be about Han Solo and Chewbacca before entering in the Rebellion, so before episode 4. I really can’t wait to see it!
First of all, I am surprised that they changed the actor. Now Alden Ehrenreich is playing Solo, instead of Harrison Ford. I can’t say I wasn’t expecting this, but I was still a little surprised. Then, of course, we will have Lando Clarissian. I never watched episodes 5 and 6, so I don’t really know much about this character, other than the fans like him.
But anyway guys, what do you think about this movie? Do you have any theories? Let me know what you think.

I think Boba Fett will make a cameo, but I would really like it if we saw Bossk and Dengar in it, and maybe with some lines.

I never watched episodes 5 and 6,

If you don’t go back and watch those you won’t understand anything.

I’m very excited for the movie. I hear it has one of the best scripts Star Wars has seen. However, I have heard rumors that Alden Ehrenreich was not good enough by Disney standards, so an acting coach was hired for him. Hopefully he does okay, as I really want this movie to be a success, especially after the crazy TLJ backlash.

I never watched episodes 5 and 6

Go watch them and don’t come back until you do, heathen /s

My feeling exactly. I’m eager to see the exact timeline for when this takes place, because it seems like it’s too close to Episode IV for Han to go from Ehrenreich to Ford. Going off the logic that Han is the same age in A New Hope as Harrison Ford was in 1976/1977, then Han is 35 in 0 BBY/ 0 ABY. Ehrenreich is 28 currently, which seems too close in age to Han in 0 BBY for me.

I had a bad feeling about this from the moment it was announced, and the seemingly constant production troubles haven’t helped. It comes out in 5 months, and we haven’t seen a trailer. That screams bad news to me. We’ll have to wait and see what happens, but I don’t have much hope for this.

That’s how I felt about rogue one; it was unnecessary and not needed. I’m just hoping solo is better since he’s a better character then random rebel people.

@prentice1215 I totally agree. I’m skeptical about the actor changes, but I mean, Tom Holland is 21 and plays a 15 year-old character pretty well (I’M THE SAME AGE AS SPIDER-MAN!!!) I had next to no hope for this movie, until my mom said the director is in her opinion, one of the best directors of all time. (Clone Wars forever)

That’s fine but honestly they weren’t really good enough that sacrificing themselves really meant anything (to me at least.). I suppose it helps too that solo and others got several movies to get to know the characters.

Yeah, I can see that, but I get attached to things really easily. I cry nearly every time I watch Rogue One, and that’s because I really just liked the characters. I feel Rebels are just seen as random people who die a lot, so I like that at least this movie gives some insight. Man, I’m just really, really hoping Bossk and Dengar will be in it…

I have little faith in this movie.

Rogue One I was okay with because there was definitely a story to be told there. Here I’m not even sure what this is going to focus on, other than Han and Chewie.

I find your lack of faith disturbing

Yeah, I have to agree with the other skeptics. I want to be excited for this, but the idea of this particular movie never felt necessary or even interesting to me. And since we haven’t seen anything from it and only heard of its troubled production, I have a bad feeling about this…

I’m also only moderately into this movie. I think the main reason why it doesn’t work as well as Rogue One is because R1 had a lot more dramatic potential. There are definite stakes to the mission, so it functions better as a stand-alone movie. I can’t really see this movie creating a narrative that pans out in any specific direction. I’m not saying it needs to connect to the OT, PT, or even the ST, but if it’s just a story of Han’s adventures before ANH, there’s not much that would be all that compelling to me. Is it something that we really NEED to see? Now, one could say R1 isn’t something we need, but it serves a narrative purpose that overrides the fact that it’s an ancillary story. 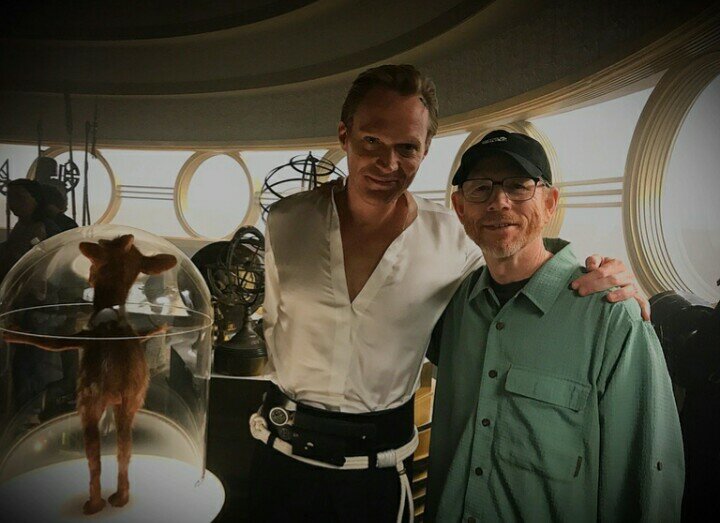 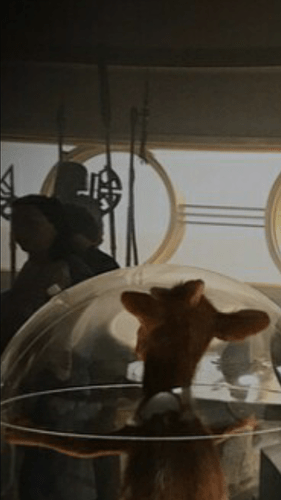 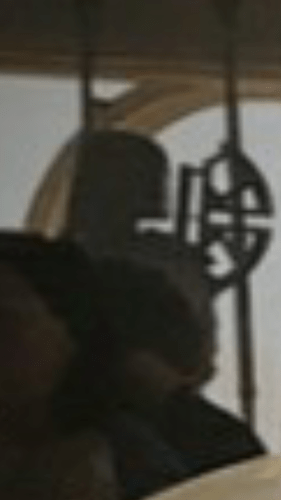 Give me the Boba

YEEEEEES (Why is there a baby cow, though)

I’m excited to see Donald Glover as Lando. Not much else.

I’m banking on some Maz Kanata in this movie.

Other than that I really think the success will come down to whether the Han Solo character has been acted correctly, and written right.