Some Changes Made to some Old MOCs

Ever since I joined this site, I’ve enjoyed creating my own sets and setting a story to them. However, there are a few MOCs that I have really grown attached to due to their interesting characters and designs and over the months, I have steadily improved their designs. Most of the characters I create are female since there is a real need for more female characters in Bionicle. So here are some modifications I made to old MOCs.I also made modifications to their back stories as well.

For once I tried to make a MOC look female without overdoing it for her character. [image] Long ago in the Great Spirit Robot, there lived a race a powerful angel-like biomechanical beings that oversaw the work of the Matoran in the Matoran universe. These beings intervene in case an event of great devastation occurs to the universe. When the Mutant Assassin was created by the brotherhood of Makuta, a noble powerful warrior by the name of Anahera was assigned to stop the clone from rampaging throughout the universe. She was later given the task of also keeping the Princess of Jungle under control from seeking revenge as she grew in power as well, since the clone killed her people. Thus, she serves as a peacekeeper between the two. So I wanted to create an angel MOC for a pretty lo… 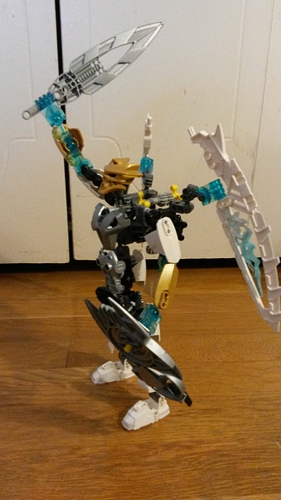 Anahera has the least amount of changes but the changes were deemed necessary for her design and playability. The most obvious change was the increase in size in the CCBS shells of her upper arms. I wanted more of a cover up as the arms looked lacking and incomplete. The second change I made was the back armor; I made it so that it connects better to the rest of the back. However, she is basically the same as her previous incarnation. Storywise, she is pretty much the same as well, being a powerful Angel-like being that oversaw the work of the Matoran Universe and to intervene in case of disaster. However, what has changed is that this race is rarely seen. Her race is the creator of the Kanohi Avohkii. Basically, she is based on an Angel. Simple enough.

The Origins of the Mutant Assassin Lego Creations

This topic has representations of embryos and fetuses. Reader discretion is adviced Here's an old link if anyone wants to read it for reference. [image] For many female MOCs (particularly ones with more feminine features), I noticed that a backstory is not really written and it kind of just comes off as a sex symbol. This topic describes the backstory of one of the deadliest (non-canon) antagonists and later anti-heroes of the Matoran Universe. This is the backstory of Hangara, The Insane but later sensible Mutant Assassin. [image] Hangara was not originally her name but was a name she gave herself to give herself more dignity. The name comes from the Maori word hangarau which simply means technology or technological. Since the Matoran language is heavily based off the Mao… 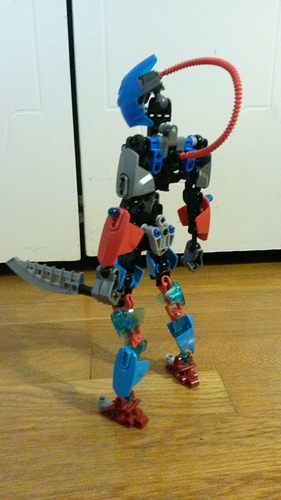 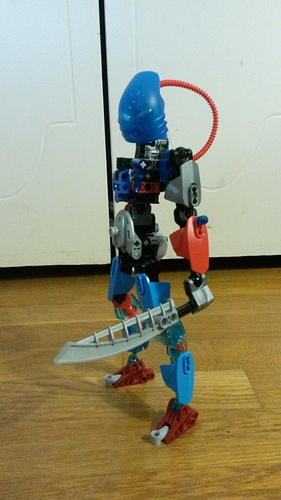 Hangara was one of the more complicated characters I created and ended up giving her some modifications. When building my last female MOC, I became dissatisfied with the Nuva sphere in the back acting as her rear. Feminine curves are really hard to pull off but I think I finally accomplished what imagined in the first place. The Nuva shoulder armor in the back was replaced with a series of Technic pieces that gradually slope to the Technic piece acting as the rear. The back was also changed to give her back articulation with the new back design. Along with this, the arms were also made longer.

Storywise, I gave her the Superman treatment, but a complex character should have some more flaws in her power. Even though she can defeat a whole team of Toa at once, she was physically susceptible to the effects of Antidermis. What Antidermis does is that it physically damages her as well as interferes with her regenerative processes. She has psionic powers as well as a few powers over Water from Nokama, her base. She has powers over teleportation, telekinesis, telepathy, etc and was stronger than the team of 6 Toa Nuva at full power. However, with her Antidermis weakness, it was a struggle for her to defeat a Makuta or any being using Antidermis based weaponry. Having regenerative processes, she can recover easily from wounds, being able to regenerate whole body parts if necessary.

When under control of the Makuta, Mutran and the other Makuta used Antidermis to control her if she got out of hand. Unfortunately, with the development of her psionic powers, her mind eventually overcame the effects of the substance, and ultimately killed a large amount of the Brotherhood. She was part of a series of attempts to create Nokama clones in a project known as “Project ToaKiller”, whom which Nokama was chosen because of her being female, her calmness, and her intellect being a compliment to the powerful psionic abilities. I based her off Mewtwo from Pokemon and Mystique from X-Men along with a little bit of Wolverine.

I hope that these MOCs, especially the second one, have improved because a lot of time and effort went into each of them in terms of design and story.