Some Halo and Destiny Tablescrap MOCs

First MOC Topic in a long time, I’m back to MOCing again. Also, all of my brick-based mocs use the Mega Construx system. Depending on the reaction to this moc, I’ll post some pics of a tablescrap UNSC bunker and a not-tablescrap military bunker I made. 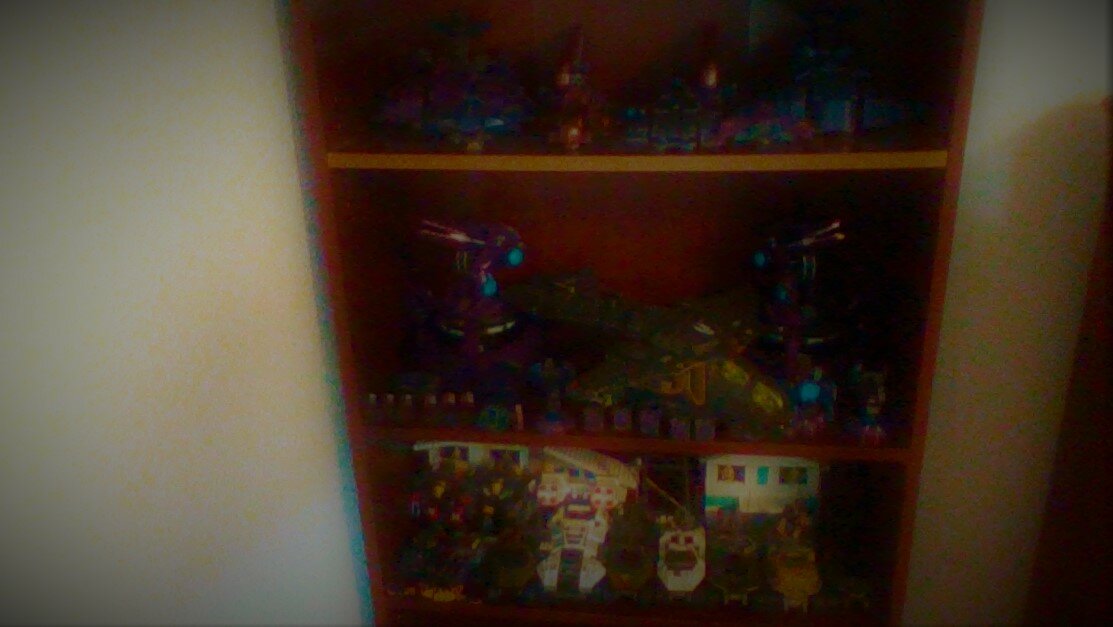 Anyway, I had a bunch of purple and gray parts left over because I left a bunch of old Covenant sets unbuilt. I created these: 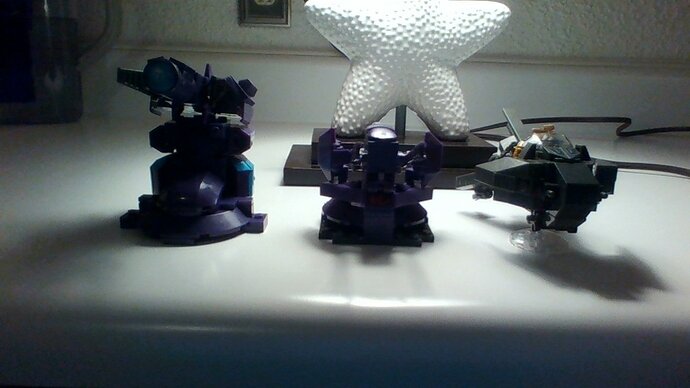 The AA Canon was the last of the two turrets I built.

Here it is next to the official Arbiter for scale. 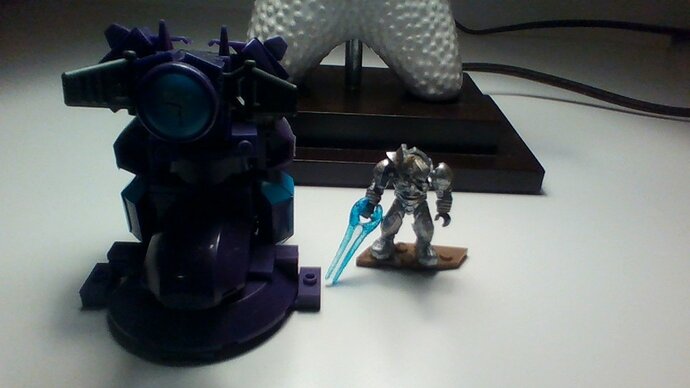 I designed the Covenant Turret to be a step down from the turret in the first Warthog set ever released, as I wanted the official dual turret to seem like an upgrade. 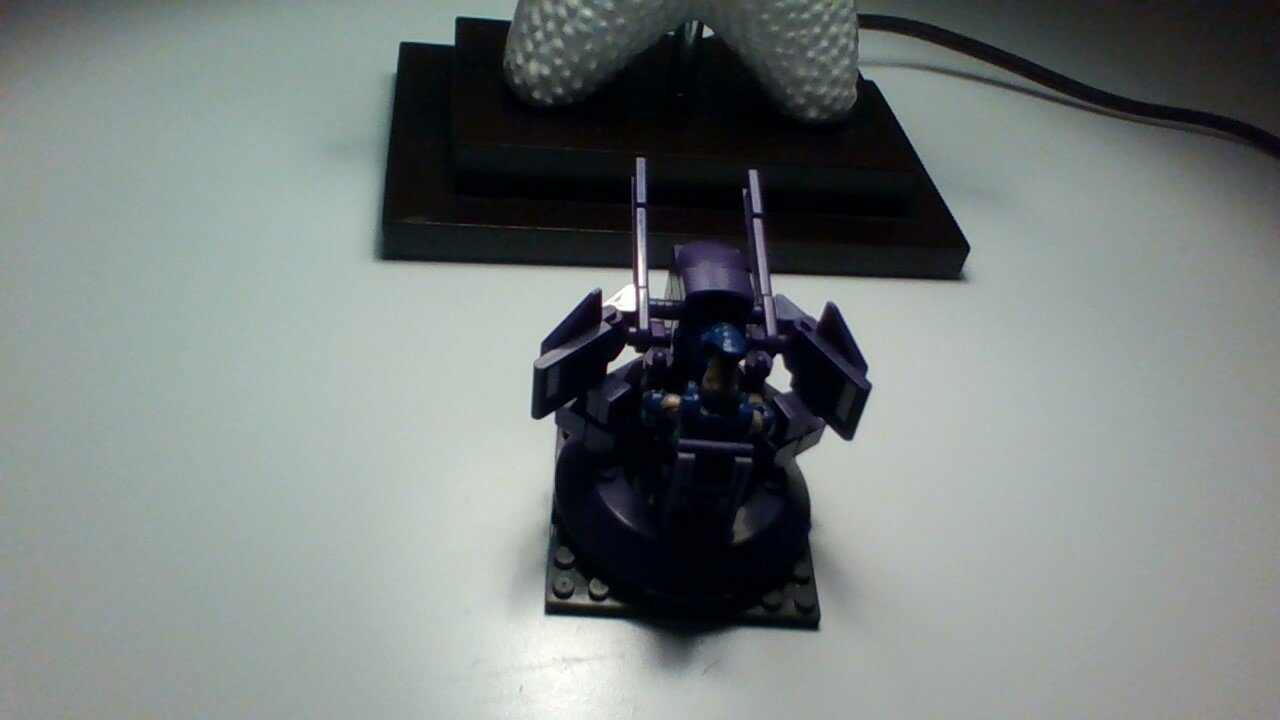 That is what it looks like from behind (look at the lineup for its front picture), it isn’t shown in the picture, but the figure fits so close into the seat that I can pose the figure with a Storm Rifle on it’s back and not even have to use clip pieces.

I got the idea for this one today, when I saw the fallen Pike video on Jang’s Channel.
It is just barely micro-action figure scale, and it took me forever to pose it with a micro-action figure. I originally wanted to pose a Fallen Captain with it, but it just wouldn’t fit, I had to move the top fin back one angled-stud to get the Hunter to fit. 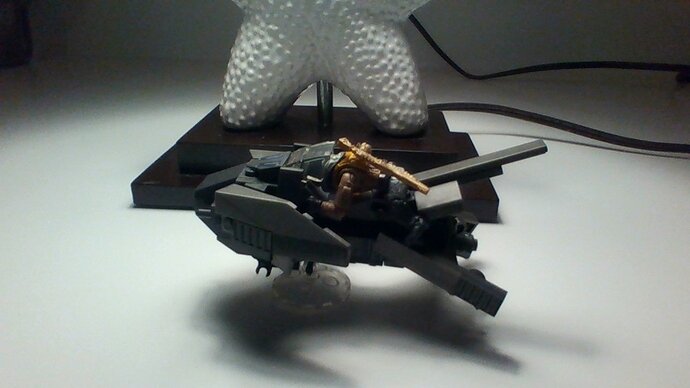 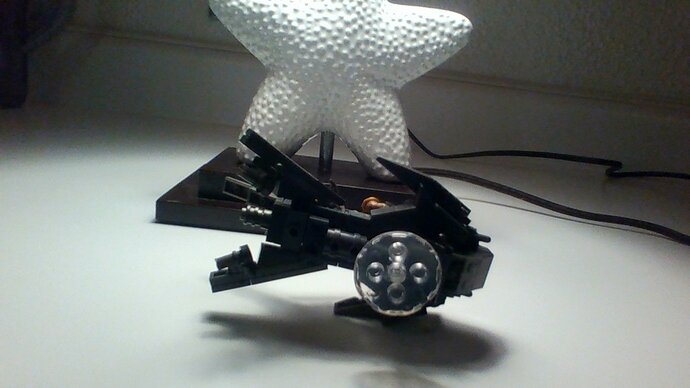 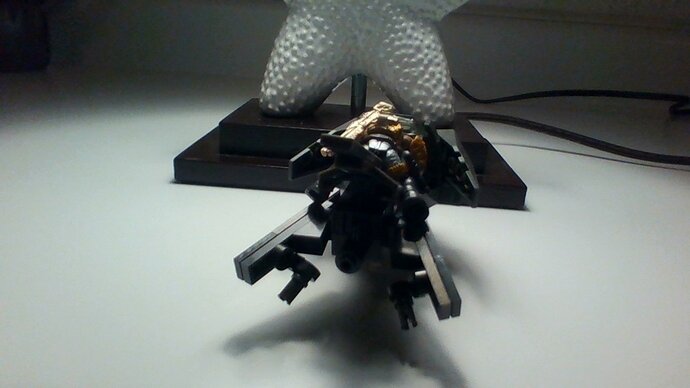 Here it is without the micro-action figure. 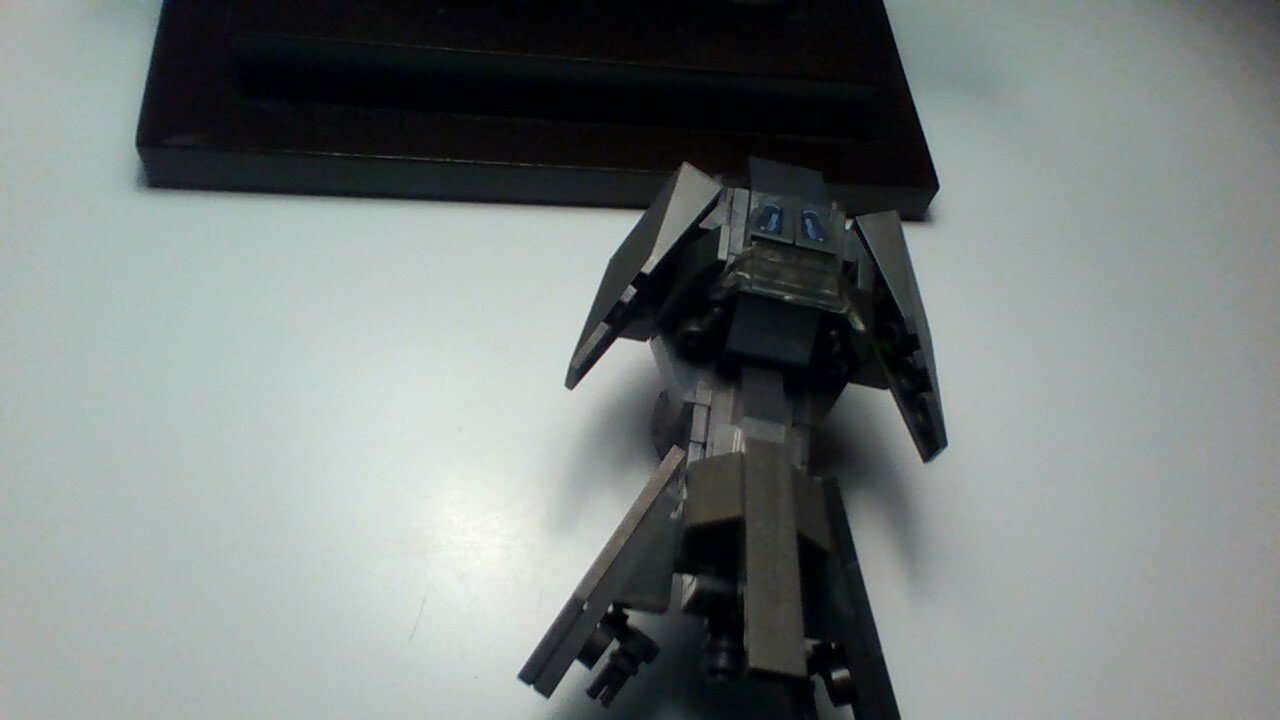 Moved to the Creative Content and System tag since the content shown uses a different brand. -square