Song Parody Lyrics: For The First Time In Forever (Bionicle Is Back)

Sets are on the shelves, domain’s online
who knew that it was just a matter of time?
Who knew we had so many older faaans?

For years I’ve watched Lego’s rise
yet of their new lines they didn’t inspire
But finally Bionicle is back!

It will be built with ccbs
and it’ll be totally strange
but some of the new parts will look the same!

I’m not sure if I’m obsessed or crazy
but it’s probably quite clear…
for the first time in forever
My childhood is here.

I can’t wait to see all of them!
what if I get… my favorite one?

Tonight imagine me at the mall
calmly walking by the wall
A picture of adult maturity
Then I see it displayed in place
My favorite hero, tall and brave
Lego take my money already!

but then I’ll laugh and build all evening
which is totally bizzare
nothing like my last five years by far!

Don’t let them in, don’t let them see
the other lines aren’t that all bad it seems
ninjago and chima, have tv shows
Even hero factory had its pros

OMG there its is!

I had so much fun writing this, then singing along to the original music! It’s kind of about my experience where Bionicle ended in 2010 and I wasn’t interested in anything Lego until its relaunch. That being said, I don’t have a problem with those sets!

though I personally have been tired of Frozen songs and think the movie is okay and not as good as everyone says it is, that was nice 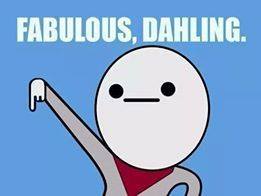 Aww thanks! I try to avoid extra frozen stuff so I can enjoy the movie on its own merits (by which I mean I like it slightly more than the other princess movies because of the sisters, but I like a lot of other movies more than this one.) If any frozen parody was worth my time, it was the few my friend showed me and this one.

Seems the number one song to parody, their are a few other parodies floating around

May I interest you in this quick recording I did?

GET YOUR SLIMY BLOCK OVER HERE AND DO SOME RECORDING

I have been summoned to this topic by Mr. Ekorak

and I say these lyrics are fantastic

Yay! Also I did update the lyrics slightly when I went to record it - to make a couple lines less wordy. The updated version is on Soundcloud but I’ll go ahead and update it here as well. (that and I then realized that it could have been “tall and brave” instead of “heroic and brave” after the fact)