Spherus Magna Map after the reformation

The only official Bara Magna map we got is this one: 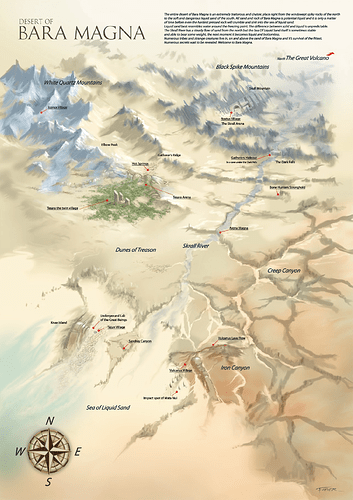 But a Spherus Magna Map was sadly nowhere to be found. I decided to make one myself. It doesn’t really correspond 100% with the official map, but since the reformation was itself pretty messy, I’ll just leave this here. 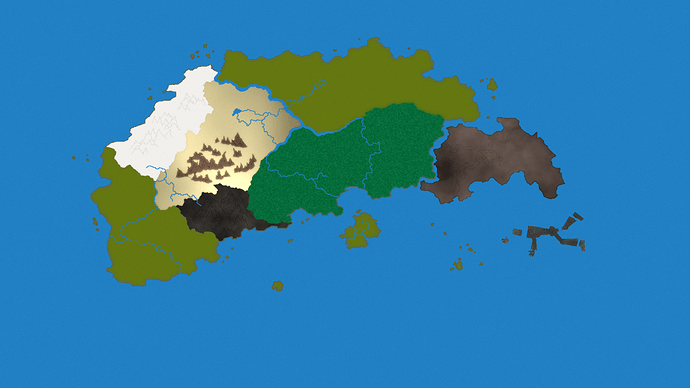 I also made a map with the different locations:
The cities of

*places that are non-canon 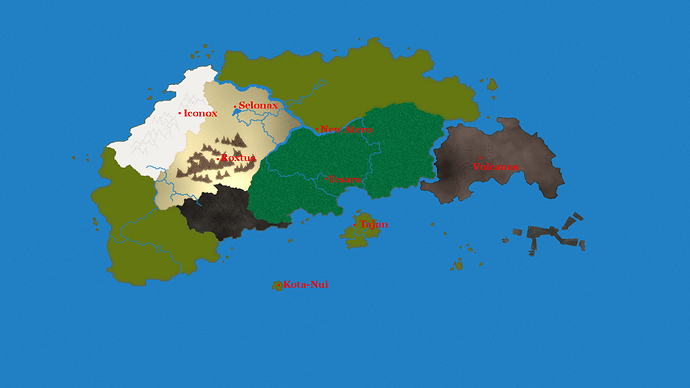 You may have noticed the Makuta Robot South East of the map. There are still many locations missing, but I’ll update them if needed.

I’m aware that someone already published one, but I preferred to make one instead of using someone’s map.

A description for some cities:

Atero
New Atero is a new city, built to be the capital of all sentient species in existence. Agori, Matoran, Toa, Glatorian, Skakdi, Skrall, and many other species and tribes live now together, which doesn’t mean that they come well along. But thanks to the cooperation between the Agori Police Force and the Toa, the city is much safer than the outside areas.

Tajun
Tajun is home to all Water Agori and Ga-Matoran. Meditation, studying, and other activities are done on a daily basis by Matoran and Agori alike. Learning about the past of Bara Magna is also done mostly by Agori apprentices. The entire city floats over the sea, instead of being on the island. Tajun is the biggest port city, and becomes the largest trading point of Spherus Magna. Pirates are becoming a lot more aggressive in these areas, and seize every good they can get.

Tesara
Tesara is one of Spherus Magna’s largest cities, regrouping over more than 3 large groups, including the Bo-Matoran, Le-Matoran, and Jungle Agori. The city isn’t the most prosperous, but it is the most visited by many Agori around. It offers services like theaters and concerts, which was largely forgotten by the Agori after the Core War. But Tesara is also a potential target. The vast influence that it has on all other villages and cities around makes Tesara a good choice to attack. The Rock and Sand Tribe already plan to take over Tesara, and even destroy the city.

Vulcanus
Vulcanus is the largest industrial city on Spherus Magna. Thanks to the volcano’s magma, raw materials can be melt in shuch a short time, that it takes only one day to finish the most complex goods. The Fire Agori have also been trained by Jaller to become a military force to aid all other cities around from any threat. Vehicles are also produced in Vulcanus, even if many parts come from Roxtus. Vulcanus is a prosperous city, which has also its flaws. Transportation isn’t always easy with lava flowing everywhere. And the anti-lava systems are the only line of defense for the city, which means that if the volcano erupts, the city will need more than just its sytems.

This seems about right to me.

Personally, I think it would make more sense for there to be more landmass than water, but I don’t mind. Nice going!

I used this as a sort of scale 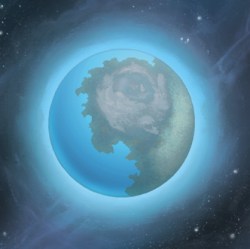 There is one main continent, but also a lot of water.