This will be a collection of my army, which is ever-expanding and ever-evolving

First up is the MA-33 Mobile Artillery 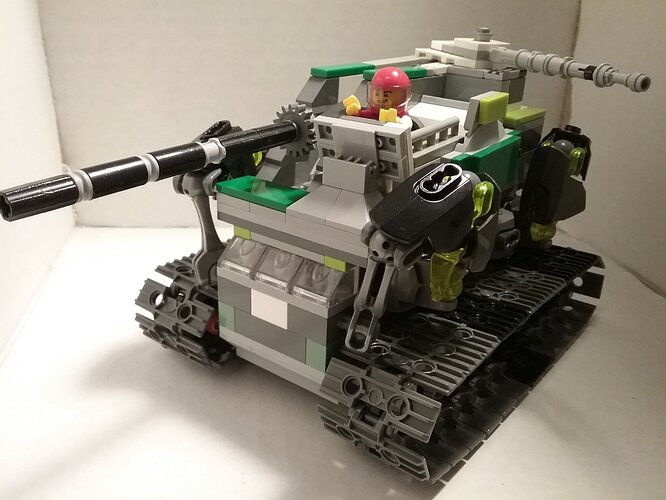 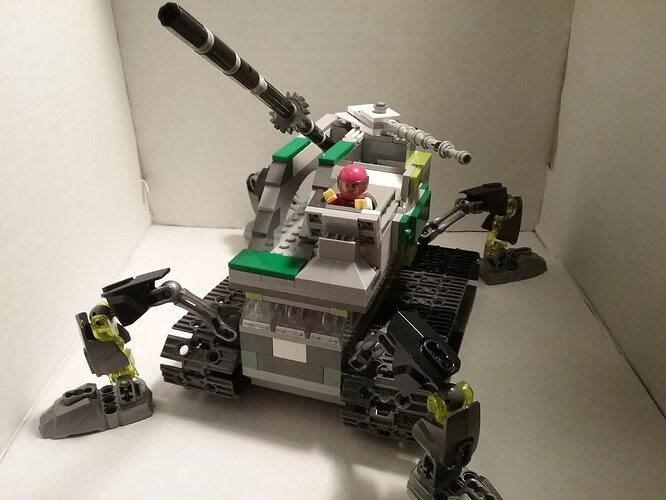 Armament: one 150mm cannon, and one 8mm turret-mounted machine gun

Description: the next-gen in mobile artillery, the MA-33 is designed to move quickly to a firing position, shoot, then get out of dodge, in a technique known as “shoot and scoot” It has 3 crew members: a gunner, who is on on top for a clear view; a commander, who operates the 8mm and leads the vehicle; and the driver, which is self-explanatory. 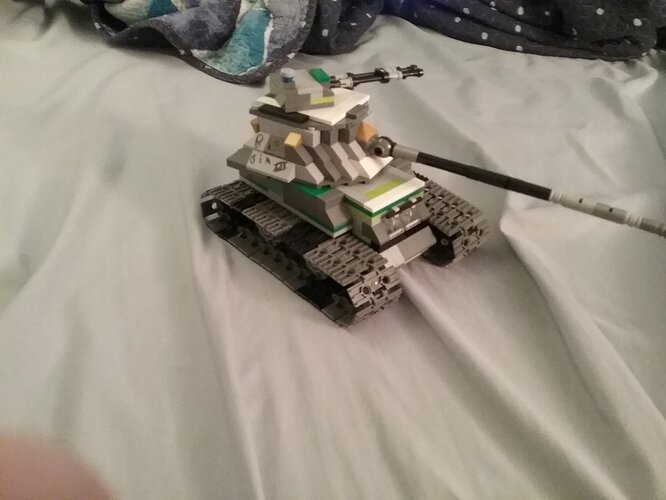 Armament: one 120 mm cannon, and twin 10mm auto-cannons in a second turret

Description: Aged Heavy tank that is just as effective today as it was 20 years ago. Its Armor is of a Spaced Chobham type, with ERA integrated in. It also has a Sapphire glass windshield for the driver. It has 4 crew members; a commander, a driver, a gunner, and a radio operator. 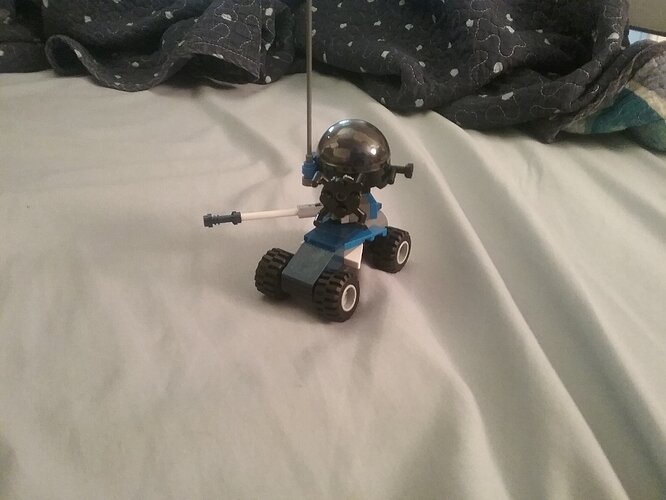 Description: a small drone with a small machine gun. It’s designed to throw enemy forces into disorder. The Chaos Generator throws any nearby forces into a frenzy, making them turn on each other, while our own troops are immune thanks to a special chemical given after they after they have been inducted. The effected troops will target their own men first, but will attack ours if there are no other available targets. 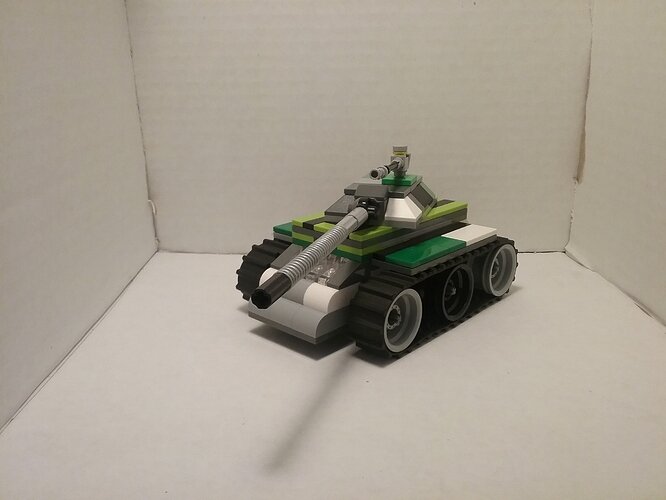 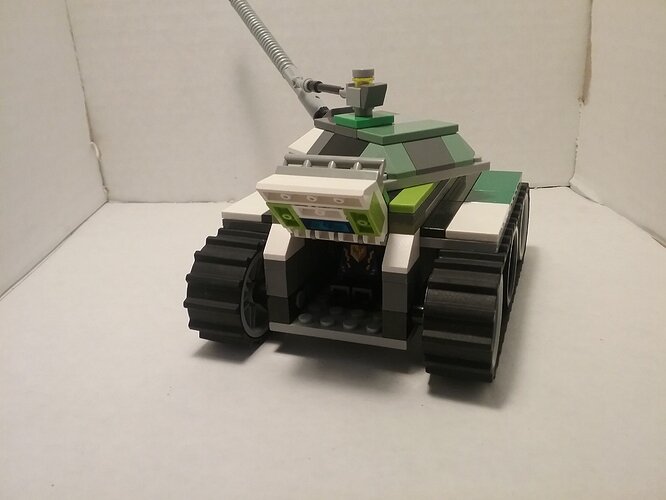 Description: The main MBT for my forces it has won many a battle. It has a crew less turret, everything being controlled from inside. It has the usual 3 crew members, with a hatch in the back for emergencies. 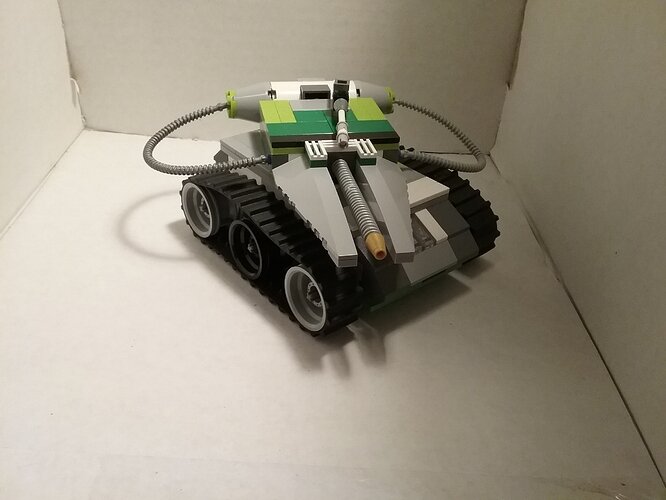 Armament: one TO-37 Chemical sprayer

Description: The SU-96 is the most feared weapon in my army. It Sprays a toxic and caustic chemical at opposing troops and forces. It has proven extremely effective in street fighting, being able to bring down a building in roughly 45 seconds. My own troops are not immune or protected from this chemical, and Desolator crews must be cautious when in action. 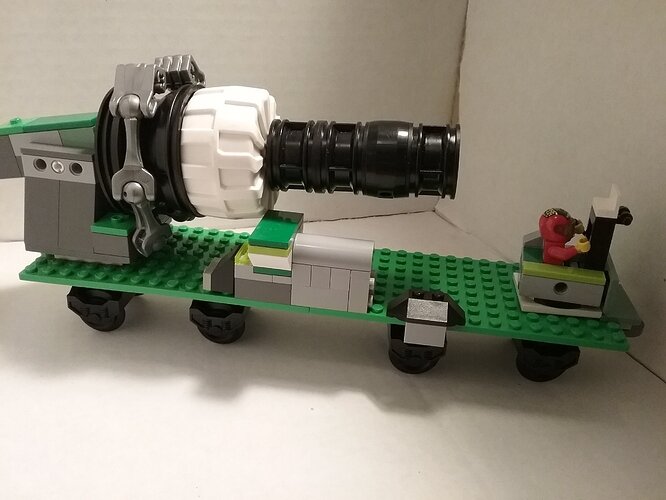 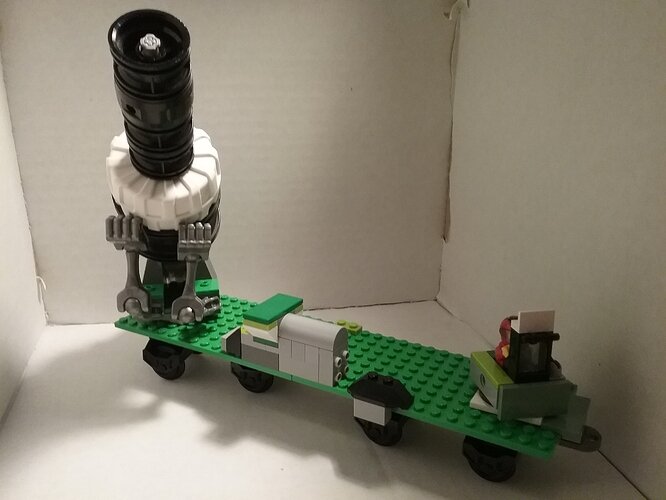 Description: The RW-126-600 Is a large Railway gun, Design to annihilate enemy fortifications and large scale troop formations. It only has 1 crew member and who is seated in a rotating seat, that rotates with the gun. 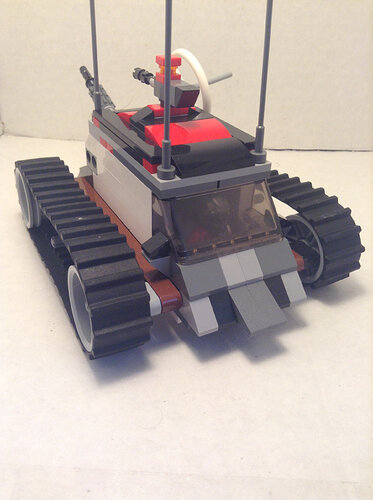 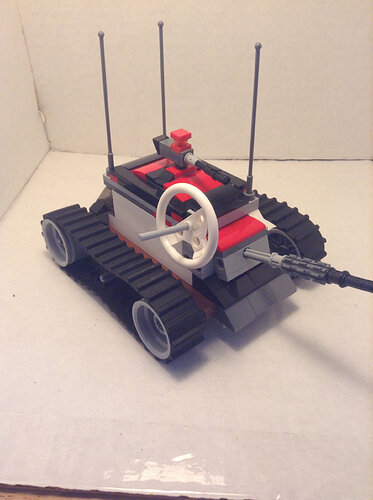 Armament: one 90mm cannon in a sponson, one 4mm coaxial machine gun

Description: One of the problems with a rapidly changing battlefield is keeping in touch with the situation at the front. The MR-30 is designed to meet this need. Its has a sophisticated communications package, able to keep in touch with HQ via satellite and good old-fashioned radio. It can also function as a relay for a larger web. On as side note, This model features my reciprocating cannon assembly that takes up very little space, and uses only around 20 pieces.

There will always be more, so be sure to check in!

That is a surprisingly cool looking tank! Good Job!

@LegoDavid
Thanks I made that a good while ago. I wanted to post my old stuff first before i start adding newer stuff.

They look pretty cool. but I think the CCBS in the first one doesn’t fit

It was the only thing that bent enough. That and the brick built ones kept on looking weird. At the time i thought it looked cool. In hind sight it doesn’t.

The ccbs integration is interesting, clashes but a cool idea.

@Kardax
Thanks. I used to use it a lot for mechs and such but I decided it looks weird, except for the 2 smallest bones.

These are all awesome! Giant rolling tanks of doom are something I love and these are exacuted fantastically. Each one is large and imposing. Each one is distinct and recognizable, but all clearly belong together.

I’ve made a bajillion of these over the years, and hope to post as many as i have pictures of.