Hey guys, Indi here, I rarely moc, and when I do it’s often meh, but I decided to share this ons because it has a pretty neat story.

So, in the real lifes, I have a pretty tight group of friends, and all 5 of em are leaving for college in a week, leaving me behind for another year. We all decided to hang out last night, and what should’ve been me reking at smash turned into something better. We discovered our friend had a huge stash of Legos. Unlike me, he doesn’t really like em that much anymore, but they’re still there. From 1 AM to 6 AM all 6 of us messed around with Legos, and In the end came up with something that’s pretty cool. 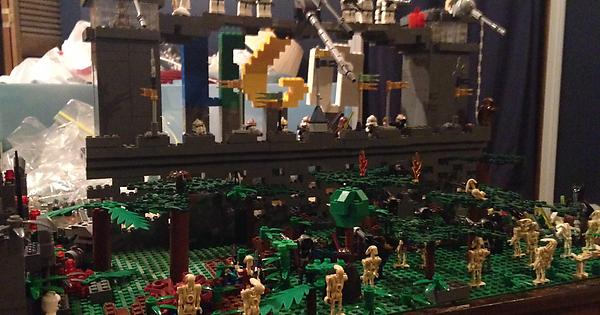 So it’s a Star Wars battle, or something, with a bit of Indi (heh) ana Jones mixed in. I’d love to hear any feedback, opinions, etc on the build. I know it’s not the most impressive or well built thing, but I’ll remember building it when they’re all gone

This is pretty cool c:

Very nice.
Although, Batman’s gonna take out all the clones and droids.
Because Batman doesn’t care.
/s

This is really cool. The only issue is that the stormtroopers or whatever have those cannons, and the droids have like zero cover, so I fail to see how the droids aren’t getting 100% rekt. =p

The G in Lego kind if messed up.

Hey I didn’t make the G

(I built the volcano plus trees and fauna mostly)

Lego built with friends is the best kind of Lego. I really like this guy: 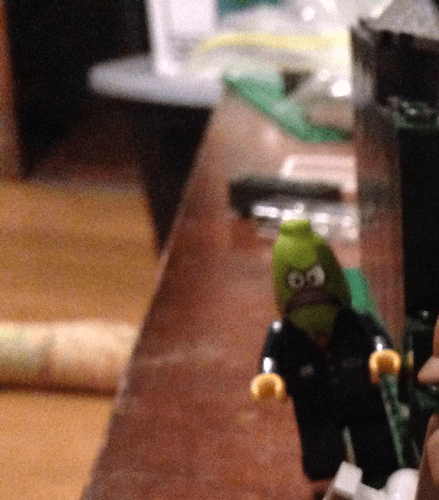 That is probably my favourite minifigure piece. Ever…

Has a lot of different colours and figures, but somehow it works. Pretty cool MOC, though for a suggestion on improvement would like to see the levels of the forest change a bit, they all seem around the same height.

That is probably my favourite minifigure piece. Ever…

Wut even the heck? :s