Luke’s arc in TLJ was a perfectly natural evolution of the character. Also, Rian Johnson used Luke to make some rather brilliant meta-commentary about Star Wars fans

Wait, let me tag with it.
You consider Luke’s “arc”, Luke’s new character good?
Because if so, then I really want to have a nerd war debate with you at some point.
Reads rest of the post
OK you really are on my blacklist now.

I considered him a stellar character, though I never liked the original in the first place.

though I never liked the original in the first place.

Not sure yet. I haven’t seen most of S1 yet (waiting for the DVD release). But the new trailer gives off some late Rebels/Clone Wars vibes and I dig it.

Yes I do. I’ll jot down my full thoughts later today/tmrw when I have more time. But the short version: Luke’s arc showcases his deep character flaws in a way that make him more human and relatable than pre-New Jedi Order Old Expanded Universe Luke often wound up being.

Fans were upset by Luke “going off the deep end” because Luke was the Original Trilogy audience surrogate character. We want our heroes to succeed and have happy endings because we want to succeed and have happy endings (and we often live vicariously through these types of protagonists). A very similar fandom backlash happened when post-The Last Airbender Aang was revealed to be a seriously flawed father who cared more about his cultural heritage than he did about his actual kids.

He certainly has a strong arc in the original trilogy. His ROTJ light/shadow face scene remains one of my favorite shots in the entire saga. 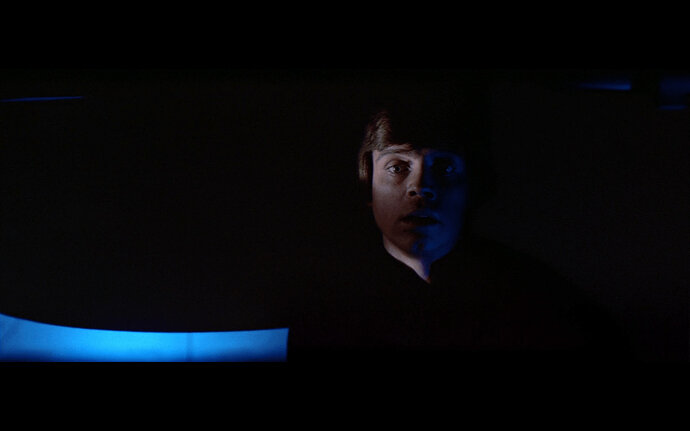 es I do. I’ll jot down my full thoughts later today/tmrw when I have more time.

I don’t thing it’s the place.
I have a lot of problems with what you just said and with your side of the fence as a whole.
If you want we can debate in private.

I don’t thing it’s the place.

Pehaps we should move over here then:

[image] Well, it's pretty much been confirmed that Star Wars Episode 8 is being filmed. However, I found an article about a certain scene from the film. [image] What looks to be two men of government are fleeing from a speeder that is about to explode. There is other stuff in it, too, with a glimpse of Jogn Boyega and Daisy Ridley in there, too. This is the topic to discuss developments on Star Wars VIII and eventually, when the film comes out, the actual film.

4 posts were merged into an existing topic: Star Wars Topic

Is this worth watching?

Not sure yet. I haven’t seen most of S1 yet

It certainly skews younger than Clone Wars or Rebels in terms of target audience, and so battle scenes seem a little weird because of it. Stormtroopers have even worse aim than before, lots of fisticuffs and hi-jinks rather than full on “fights”. It takes roughly ten episodes or so to really get going, and judging by the Season 2 trailer, I think I know why. They laid lots of groundwork in Season 1 for character interactions in Season 2 that will be very interesting to watch. So while Season 1 in retrospect might be somewhat tedious to watch at times, I think Season 2 will make the somewhat slow pace of the first season worth it.

The Poe Dameron standalone episodes are where the show shines, and obviously they couldn’t make that the show because Oscar Issac costs money to get in the booth. So instead we get Kaz as a main character, and he’s 100% the weakest link on the show. Like Ahsoka and Ezra before him, he does have the tendency to get annoying, but where those two characters really grew and matured by the end of their shows, I’m not so sure the same will be said of Kaz. We’ll see. One aspect of the show does seem to be false advertising in a sense, where in the early marketing they kept building up these racers and how big of an impact the racers have in the show, and we’re lucky if in most episodes we get 30 seconds of them on screen outside of Torra Doza or Hype Fazon. The others are background characters and hardly have screen time, where one or two maybe have a combined total of five lines throughout the first season. And races are very infrequent, which is odd considering how much the races were talked about.

I think the saving grace of the show might be possible tie ins to other portions of Star Wars media in the second season. I wouldn’t be surprised if Shriv and Zey Versio from Battlefront II popped up at some point, and considering the release window for Season 2, there’s probably going to be some big tie ins the Episode IX, whether that be Poe coming back in some capacity or the cast linking up with the remainder of the Resistance closer to the end of Season 2 so we can get a “here’s where they were in the final battle” moment not unlike The Ghost being seen during the Battle of Scarif. We’ll see. Overall I would recommend it, but it’s certainly not the best animated Star Wars show by a long shot (that’s either Clone Wars or The Freemaker Adventures [and no, I’m not joking]).

Can we just talk about how Rey’s light saber is the worst transforming weapon I’ve ever seen? 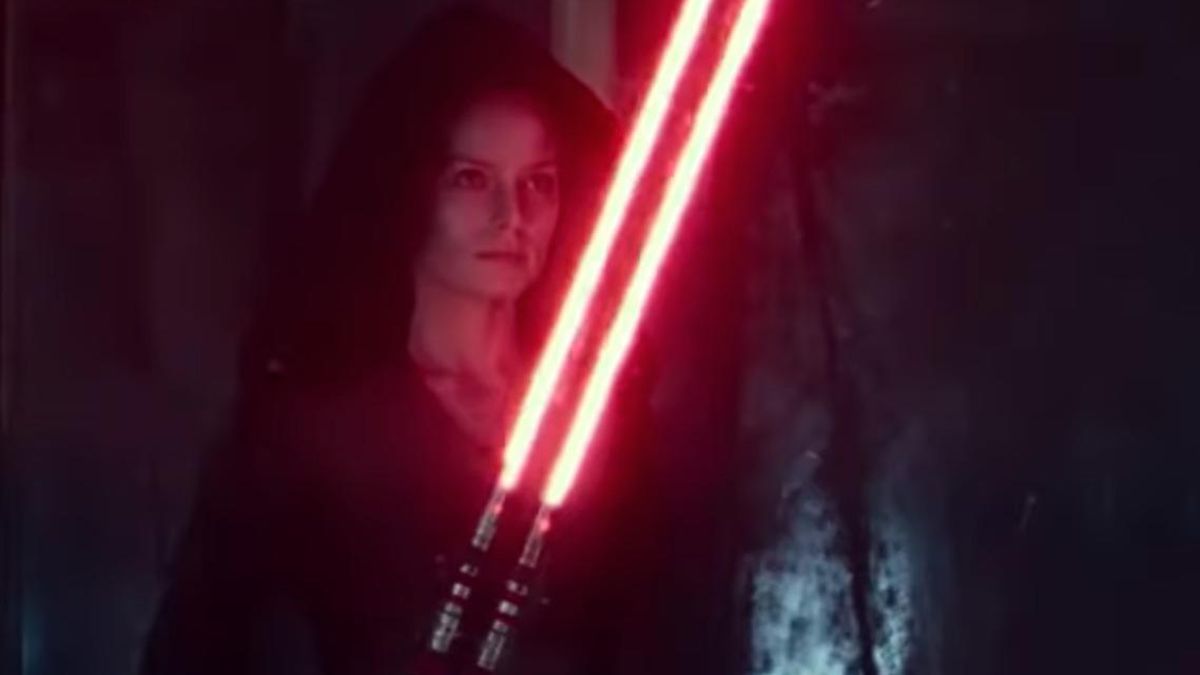 It’s not even hidden and that stupid folding thing?; I guess if you want lose a limb it’s great but oh my god is it bad. 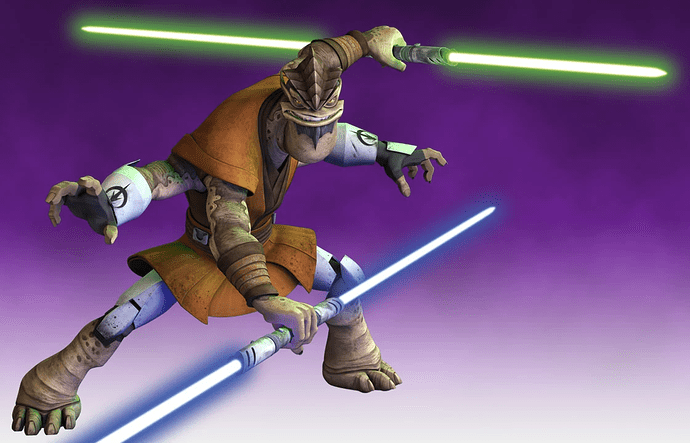 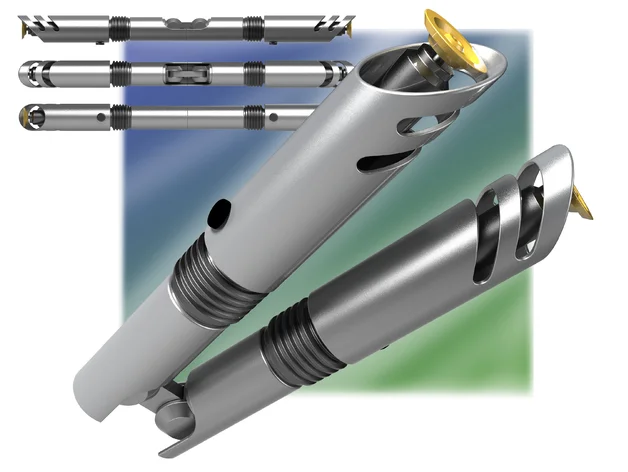 Pong Krell. That is all.

Well, I guess that’s not all. In terms of transportation it makes more sense than having a giant tube attached to your belt slapping your legs like Maul had. And since this design predates the Disney buy out, you can’t blame them for something they didn’t create.

Ok well I guess I was wrong. Still I don’t think Rey is skilled or trained enough not to lose a limb from it transforming since she’s only ever used a staff and a normal saber.
Also notice how design wise his are closed up at the hilt; her hilt literally is a U shape. At least these are close enough that it kinda makes one big blade vs two complete seperate.

Still I don’t think Rey is skilled or trained enough not to lose a limb from it transforming since she’s only ever used a staff and a normal saber.

I think this complaint will be rendered moot since it’s probably a dark vision being shown to Rey similar to when she touched the lightsaber in Maz’s castle in VII or in the dark cave in VIII. When it pops up in the sizzle reel, it’s accompanied by similar transition sounds that can be heard behind Vader’s breath that were heard in VII during the saber vision. Those could’ve been placed to throw us off, but time will tell.

I guess that’s true. Unlike Anakin her actually turning evil would be completely out of nowhere like Optimus in TLK. Still it’s hilarious that years after the clone wars someone designed a worse version of the original design.

her hilt literally is a U shape.

Because;
Pong krell was massive and could easily hold a doublely thick handle, Rey cannot.
It serves as a hand gaurd that’s a lot more practical then ren’s, as it doesn’t need a broken crystal, or has two beams of jetting plasma next to your hand

If I see a single Duros in RoS (I hate that it has the same initials as Revenge of the Sith), I’m calling him Shriv.

Hold up… Now that I think about it, what if RoS and RotS is intentional? I mean, think about it; this is the third movie in a fairly hated trilogy featuring an incredibly powerful Jedi who lived on a desert planet with no father, had to work an unconvential occupation, dreamed of traveling to space yet had something holding them back, have insane skills with piloting, understand droidspeak, were partially corrupted by the Dark Side, and now have the chance of becoming a villain.

What if these similarities aren’t lazy writing or signs of relationships? What if, instead, this trilogy, specifically Rey, was not even parallel to Luke, but instead Anakin?

Regardless, “We just don’t know.”

I don’t like that lightsaber design
At least Krell’s is only functional in one position.
But both folded and straightened out?

I just…
No.
Plus, darth rey? really disney? you want to forsake two movies and just undo all that was done?

It’s just a lightsaber. I have no expectations on how it or the concept of “Dark Rey” will be used in the film so I don’t see the point in getting upset over it.

Not even going to give this movie a chance anymore. I was holding out hope but no more. Daisy Ridley says Emperor Palpatine is instrumental to the plot of ‘The Rise of Skywalker,’ which sounds very interesting.


Take the emperor down properly? Are you kidding me disney? Bringing him back is one thing but Are you seriously going to completely discredit arguably one of best villain sacrifices ever?

Well I guess Anakin can join join tony stark since now both their sacrifices mean nothing.

I genuinely, unironically hope this movie is bad.

Don’t get me wrong, I fully support everything they’ve tried to do with these movies.

It’s just so much more enjoyable when everyone can dunk on the movie, the merchandise going on clearance, the media trying to twist the narrative, everything.

I don’t care for video essays about these movies, but everything else about them is wonderful.

On Clearance? You spelled plummet wrong.