For those of you who aren’t aware yet, yes, I do have a YouTube channel. I mainly do reviews of both G1 and G2 BIONICLE sets, along with the occasional video where I present my latest drawings. I’m not begging for subscribers or anything (I despise when people do that), just though I’d show you what I do in the YouTube community.

I have seen these…they are pretty good! you just got another sub!

Currently attempting to upload a review of Mantax, but it is taking FOREVER. I’ll also be doing reviews on Carapar and Pridak pretty soon.

Pridak review should be up eventually. I also have reviews planned for Takua and Pewku (whenever I manage to get my hands on Takua and a missing gear for Pewku’s function) and Gali.

And to those of you who have followed my channel for some time, you may recall a segment on my channel named, “My Drawings”. Well that series has been on a MAJOR hiatus, and I was hoping to release a new installment some time this year, so hopefully I will be able to release that as well. 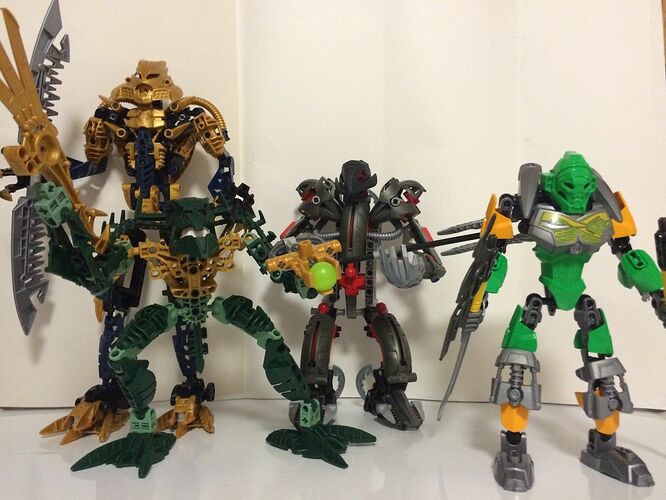 A little sneak preview for what sets I’m reviewing next. The Brutaka and Makuta reviews just need to be filmed, but I still need to get on writing the reviews for Lewa and Zaktan.

I still need to get on writing the reviews for Lewa and Zaktan.

Writing? why? don’t you just gather your thoughts and points and then make the review?

I do generally go with the flow when doing my reviews, though by writing a script, I am able to stay more on track in case I ramble on (like I did in my older, pre Nokama Metru reviews, before I started writing scripts).

That’s awesome. I thought you were cool, but you are a Coolawepic™ dude.

The Makuta review is out
https://www.youtube.com/watch?v=Mw02RKVPDW8&feature=player_detailpage

And here is one of my other latest videos, the Takua and Pewku review
https://www.youtube.com/watch?v=mr1v75senjo&feature=player_detailpage

I’m sorry I haven’t said anything for a while, your reviews are pretty good

Oh, I totally forgot about your channel! Oops. Ooh, Makuta…

Hah, when you said Kraahkan, it made me think of that scene in Pirates of the Caribbean 2, when Ragetti and Pintel were arguing about the pronunciation of Kraken.

I am watching the zaktan review now, it is much better!

My Lewa review is out! For some reason, I feel that this is one of my weaker reviews.

I will have to watch this. will you be doing reviews of the summer sets?

I will, starting with Skull Scorpio. He’s the only one I have at the moment, though I’ll probably get Skull Grider eventually.