I thought there was a month called easter (situated between December and January). I have no idea why.

too bad it will

I used to think the second you were married, you got pregnant 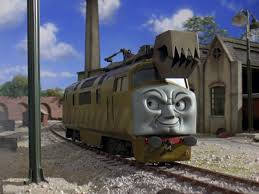 for some reason
he reminds me of @Risebell

I had dyslexia and thought that Muaka was Makuta…

I once thought Inika builds were a good way to make MOCs.

I once believed that I would be abducted by oversized vegetables who could phase through my ceiling.
I believed that either all the world was a stage and that everyone else in the world was all living parts to keep me in an illusion, or that everyone else I met was a hologram and someday I would wake up to be the only person on the planet.
I thought that Takanuva had a name with ~10 different syllables.

I believed this too

When I was really little I watched Jaws 4. This caused 2 things:

1: For some reason I decided that my bed was a boat and the floor was water so I positioned my self near the middle of the bed so Jaws wouldn’t be able to bite me

2: My brother and I slept in the same room at the time so if he would occasionally hum the Jaws theme while I walked back from the washroom and I would run as fast as I could bact to my bed. (He did that too)

for some reasonhe reminds me of @Risebell

Aw dude I loved that movie with Bad Diesel.

I loved it too
But now everytime I look at thomas the tank engine I either get terrifyed, or think of shivers
angela anaconda

For some reason when I was young I thought you had to go through a portal to go from one state to another.

Did you suffer from the Truman Show Syndrome?

When i was a kid i thought that i would die at age 7.

I have no idea why, but I was always terrified of the filter grates at the bottom of a pool and the grated lights along the wall of the pool. For some reason, I always thought it would open up and I would get sucked in.

I thought electronic fans would rip me to shreds if I touched them.

I thought that computer screens would shock me with electricity if I touched them. This might’ve been in no small part of my mother who always said to never touch her Mac’s computer screen

I used to think that you became a vampire if another vampire sucked your blood.
Then I learned you have to put on an Aztec stone mask and have a suitable blood sacrifice to become one.

I had dyslexia, BUT ONLY WITH BIONICLE NAMES.
Which meant I always thought Lesovikk was pronounced levoskii for some reason.

And there were many misconceptions I had about the opposite gender when I was 5.

I also thought that all TV shows were live, even cartoons.

I also believed that my senpai would notice me

Oh gosh, the amount of times I mispronounced Bonkle names when I was young…