My largest moc in 4 years.

Syvon was a nightmarish project I started last december. As my initial ideas and designs failed, I entered a moc block and only about a month ago I began to pick up inspiration and finally managed to build him. It took many sessions, but I’m quite satisfied with the result. Despite their state in the images, the red eyes are more visible in real life and for his darkened nature my preferred choice.

Syvon was the villain of my Warden’s Diary story I had been writing for 2 years on mocpages. He grew tired of his endless purpose of purifying souls and began messing with the soul cycle that kept the realms working, which lead to the story’s events. While the chapters could use some rework, I might post a condensed timeline of the story later on if that’s of any interest. I’ve also thought of a sequel story arc.

He stands at roughly 30cm tall (even taller with straightened legs) and was primarily inspired by Digimon’s HerculesKabuterimon. The build is quite stable, though my only regret is that in the end my knee (and probably hip) design can’t handle his weight which was heavier than I expected. He was designed to be bent on the knees though, so that wasn’t a big loss as the posability limits of his legs keep him the way he’s meant to stand. 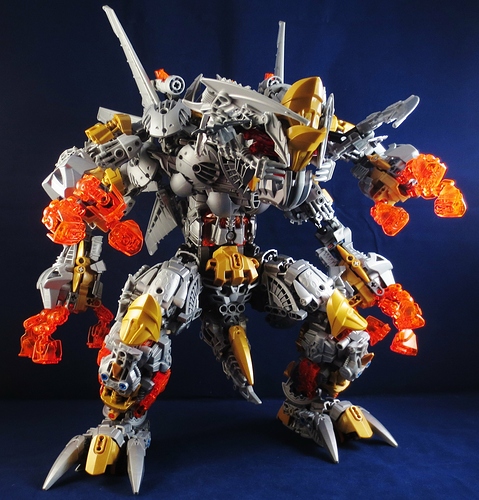 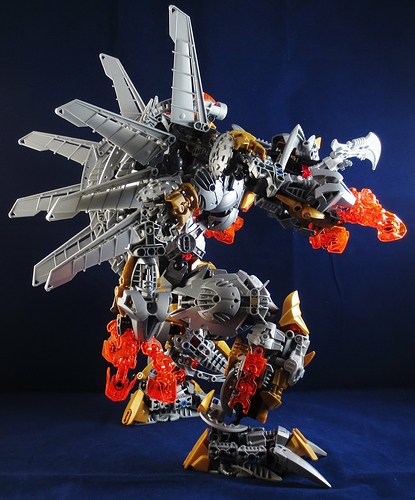 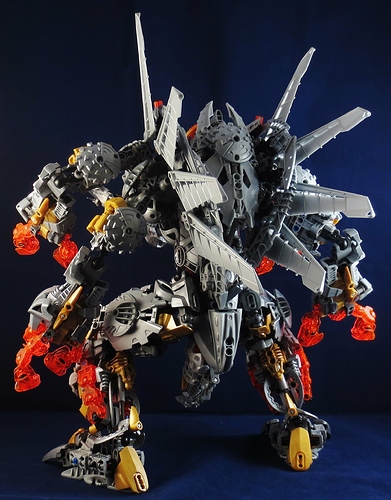 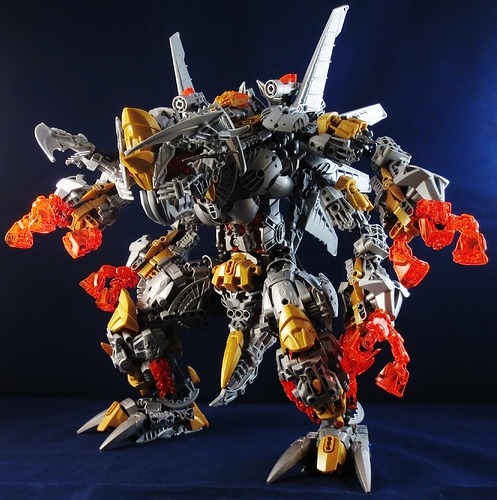 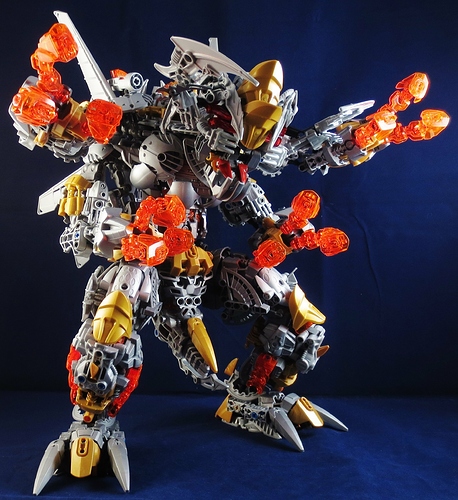 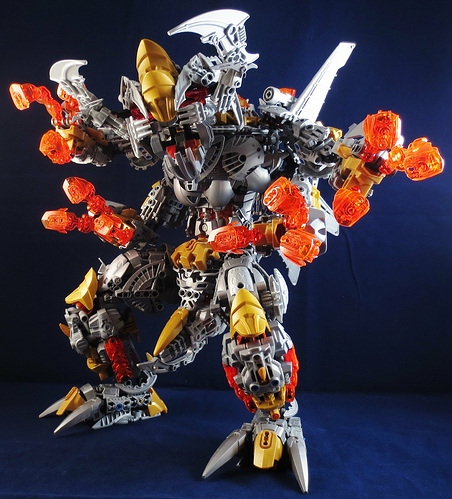 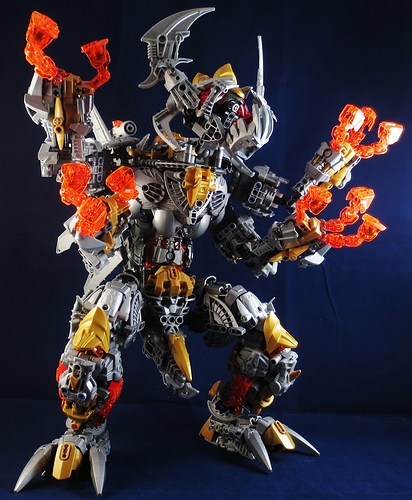 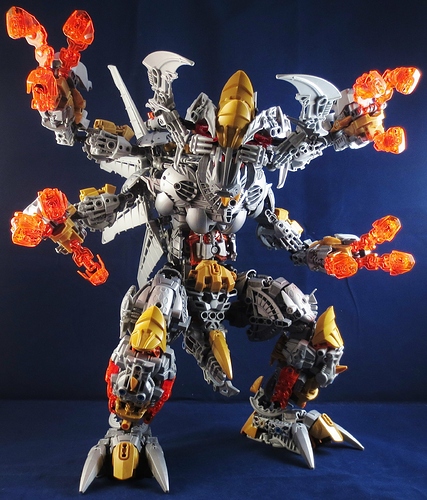 Wow, that is really cool.

What about how fat he is? How heavy is it?

Anyways really cool moc, I love the spine on the back, just hope he doesnt fall backwards, he would get stuck in the ground forever

What about how fat he is? How heavy is it?

Shoulder to shoulder he’s about 14cm wide, chest to back 15cm, waist/stomach 8cm wide, the legs are generally 7cm wide.

Height wise he’s no taller than my selfmoc, so his size mostly derives from the bulkiness of the build.

Many clashing texture and noticeable weight issue, but I can still see that horrific head design.

This guy is cooler than the kardas dragon

Pretty messy but that’s forgiverable for a moc at this size. I really do like the torso and thighs on this guy, and he seems pretty structurally good in account for the size and detail. Good work.

Amazing but really nice and smooth

I really like the shaping of the head; how menacing all the sharp angles make it look.

This is awesome. Love the look.

I generally don’t understand arguments about ‘texture’, because c’mon, it’s plastic. A better term would be ‘consistency of the aesthetic’.

‘consistency of the aesthetic’.

That’s what texture is…

And yeah, there’s a lot of clashing textures which make the moc look very busy, but it still looks pretty cool. Especially the head.

The face looks kind of messy,otherwise this is amazing

That’s what texture is…

To be honest, this is the first place I’ve seen that even uses that term. I’ve got 10 years of mocing behind me telling consistent shaping and aesthetic are the proper terms as they’re more helpful in pinpointing the issue.

While by definition ‘texture’ means all of that, the first thing it reminds me of is how the moc feels by touch and that’s just plain gonna confuse me.

Eh, you’ll see it thrown around here quite a bit. You’ll probably get used to it.

Saw this and read the story on MOCpages. Very cool work, with both the story and the MOC!

This is amazing. I really love the head design

Pretty amazing! Somehow it reminds me of Kardas.