Tabuhra, The Spirit Of Deserts

Finally a new female OC to introduce you. This time around a not so new and not so canonical elemented Toa, Tabuhra, The Spirit Of Deserts (or simply also Toa of Sand).

Tabuhra, The Spirit Of Deserts 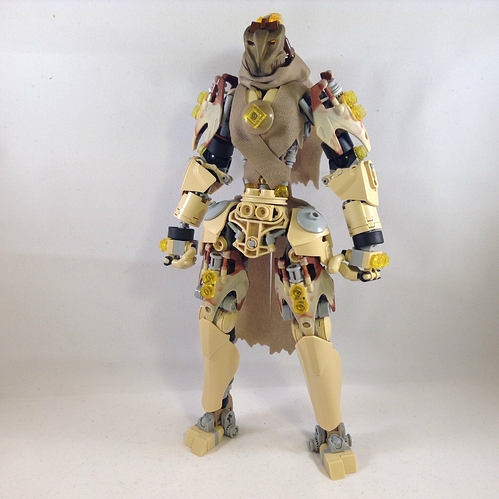 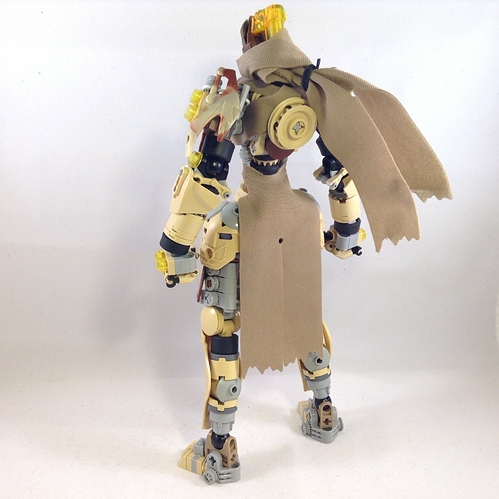 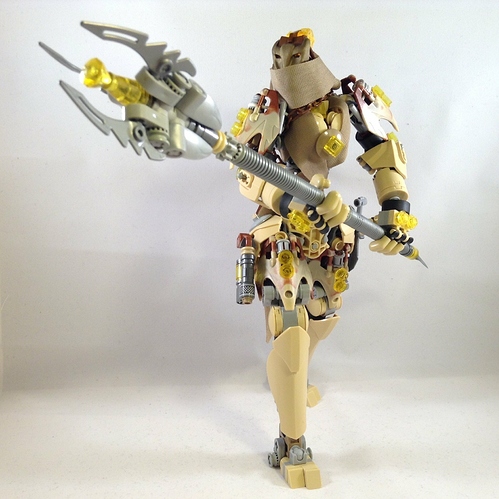 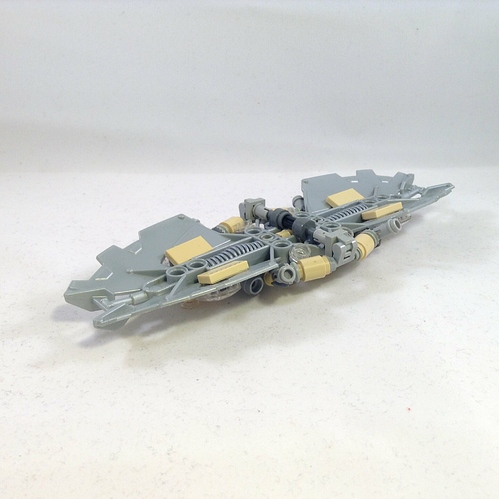 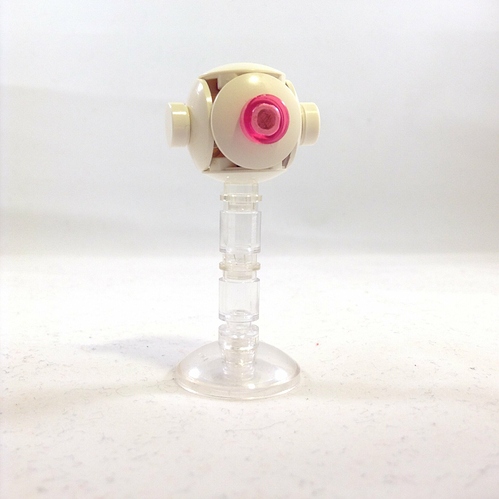 So as for details and original concept about Tabuhra. Toa of Sand concept started last year, but not as female, and not as Tabuhra. Originally idea for another Toa of Sand was going to be male, and having no right arm because of one battle, which I never came with a proper end how he lost his right arm. His vehicle was going to be also a different, a futuristic and weaponized motorcycle basically. About the idea with male Sand Toa’s no right arm thing, instead he had a prosthetic arm, he designed own motorcycle to transform into a huge weapon, mounted with rifles, cannons, rockets et cetera (maybe not that too many weapons included), and combines vehicle weapon to his right shoulder for combat.
Things got changed over time when I thought scrap the original idea and start over. And then came female Toa of Sand, Tabuhra, with a little bit different results. It is quite obvious for people that they see her as Rey (SWVII: The Force Awakens), like Bionicle Rey or some sort of, which I do not mind about it.
For her “vehicle” , it was going to be based on Sparrow (Destiny), but I changed after then Hover Sand Board, because it required more time and more parts to build Sparrow based vehicle.
As for her “partner” called i-R15, who is a scout drone and joined with her adventure, though Tabuhra finds him being annoying. Speaking of which, I got mostly a refreshed look of Toa of Sand by having a little inspiration from Destiny game. And also i-R15 is created by two different robots, Ghost (Destiny) and some other ball robots (Portal 2). Mostly it has Portal 2 robot vibe I can guarantee that. Its main purpouse is scouting in deserts, searches and analyzes dangers for Tabuhra, you’ll see on my bio on DA.
Now let’s go for inspirational credits. Her foot idea came from A Stag Beetle who is from Flickr, her toe design came from 0nuku who suggested me to use that built and works perfectly for her, i-R15 ball built idea belongs to umamen from Flickr and system breast built on Tabuhra, well, sadly I don’t remember who I got an idea originally, but I know I got inspired from one Japanese MOCer on Twitter.
That’s about sources of materials. And it is time to continue on MOCing (at least thankfully my finals are over for now). Anyways, comments and criticisms are welcome, appreciate some feedbacks for future projects. Thank you for having a time for reading this description and I’ll see you around later, bye for now!

This is really cool. Is the krana painted?

Nifty. I like the use of those cape pieces, especially.

The Desert vibe is strong in this on!

I love nomad-ish stuff like this. You really brought the vibe of it well.

The noble Komaus exaggerate the hips just a little more than I think is necessary, especially given the very slim waist, but overall the sculpting is amazing here. Looks sufficiently detailed without being unnecessarily cluttered. Well done!

It’s like the Bionicle version of Rey, who got infected by a Krana.

Nice to see Krana getting used but…don’t think this was the right place.

The rest is in my opinion your best work. Smooth but still has your signature greebles, and nothing is too over the top.

Also, the scarf is

Totally not biased because my Self-MOC has a scarf.

I aprove of the knees. Done gorgeously as always

This is one of the better usages of krana I think I’ve seen. Makes me wanna dig up my own old ones…

Everything about this is great. I swear this is an exo.

This is amazing.
Best use of a Krana I’ve ever seen, and I love the shaping, not to mention how it reminds me of rebel troopers in TFA, whose design I love.
11/10

Fantastic job here. The shaping is absolutely splendid and I love the wastelander vibe the cloth piece creates.

May I ask what the prefix Sor- originates from?

But honestly, good job on this one. The proportions are done well, it is highly detailed, and the parts usage is really creative. I especially love the double-jointed knee made with LEGO system connected on pin holes. Her torso is beautiful, to say the least, and the shaping of her weapon is lovely. I truly wish I could tell you of anything to improve on her, but I personally think she looks great right now.

dude when I see MOCs like these I don’t want to MOC no more. this is soooooo cool
very very very good!!