As requested by @TheMightyObsidianDude I will try to revamp all the Toa Mata, following my previous Pohatu revamp. Right now, we are at the 2/6-Tahu. 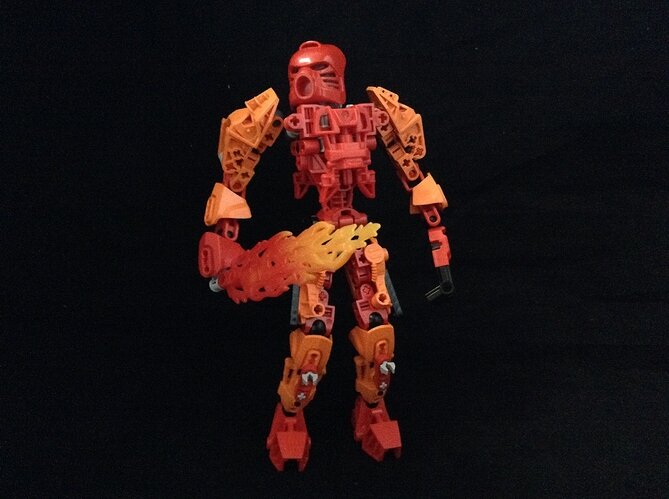 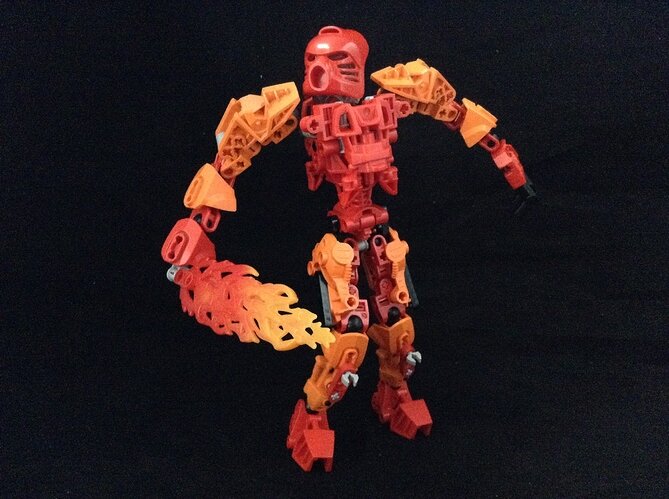 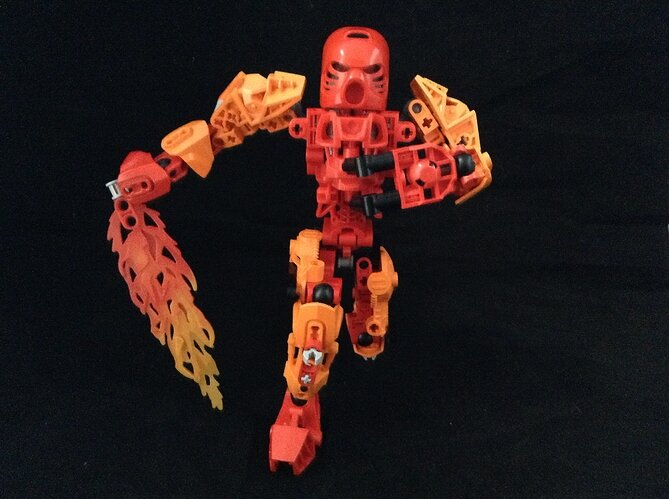 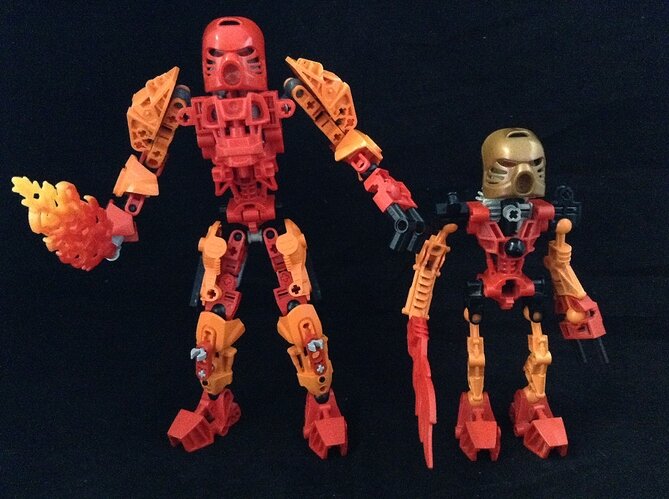 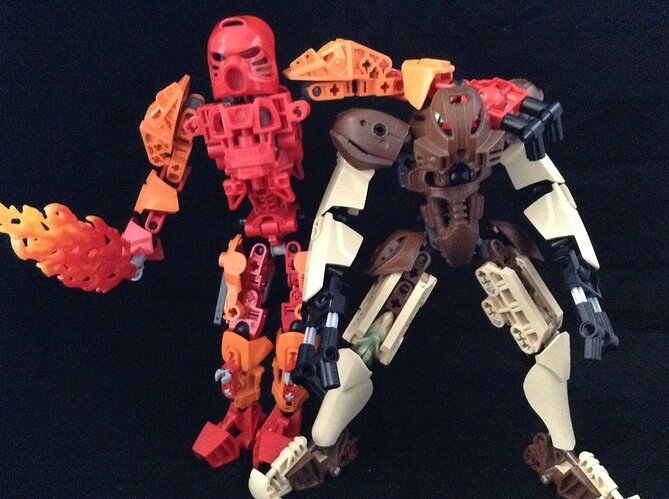 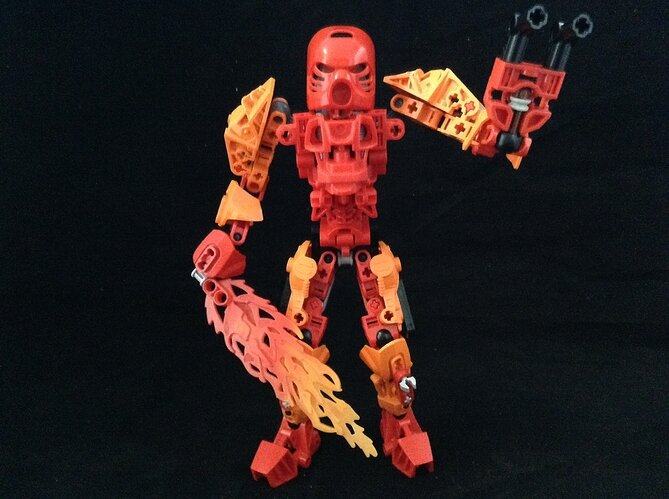 Not bad. my only gripe is the waist is a little small.

Impressive! I really like what you did with the shoulder armor. The waist is a little small, but that’s the only critique I have for this.

The wast seems small, and that seems to hinder the articulation somewhat.
But other than that this is really good! It looks absolutely amazing.

Oh, I dunno about this one chief… 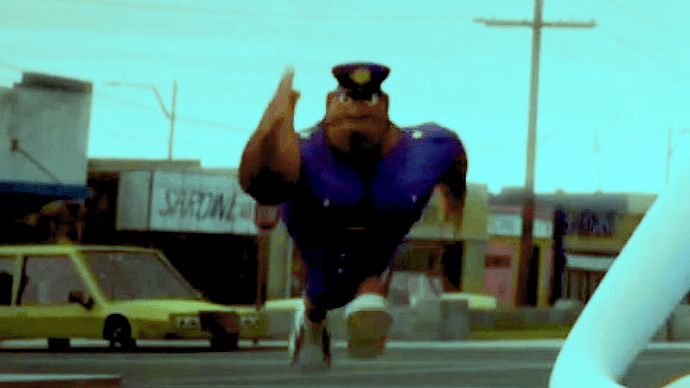 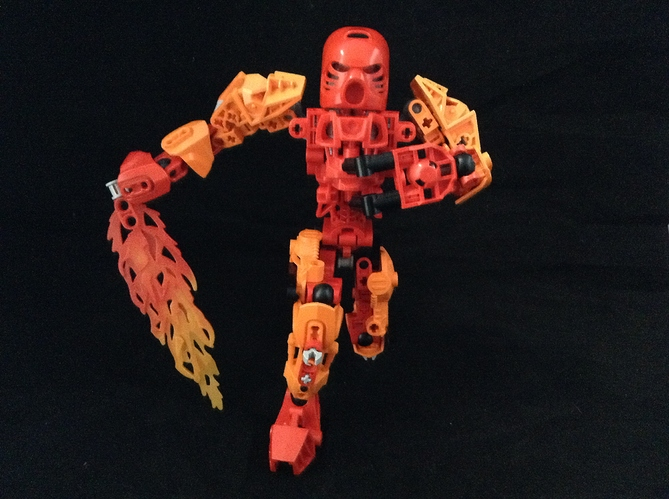 Where Pohatu was smooth and slick whilst still having that overall bulky frame, this feels overly greebly and chunky (the chest in particular - I appreciate the idea of building it off of the original Mata torso, but it ends up looking like a brick). In almost all of his pictures he stands really awkwardly (I think it’s because of how thin the waist is, but I have no idea how you’d fix that without just rebuilding the torso from scratch).

I’d recommend keeping the limbs mostly CCBS (mainly the legs, they just look… off), seeing so many disjointed Mata hands is really distracting. I do like the shoulder armour though, that’s some nice parts usage. And I like the idea behind the sword hand, though I think having the same armour shell so close together looks a little off.

I hope that helps.

That was the original idea, but I barely had any orange CCBS parts for that. thank you.

Organge CCBS… I forgot that was a thing

I’d take off the stars foot on the chest, or at least invert it; As it is the torso looks very messy on first glance. The rest of him is alright, my complaints are that you have a lot of technic on the outside of the armor and some color inconsistencies (namely the shoulders are all orange where elsewhere it’s red over orange). I’d nitpick more but I know that’s a hard color scheme to keep faithful to the original, and you admitted you didn’t have much orange CCBS to go around. You could potentially alleviate that by adding in some black around the hips and shoulders - maybe as armor even - and that would add some visual contrast; whereas the mata red and orange can easily blend together here.

Looks good! I think you could easily make the hips wider by using a longer axle, and maybe adding some red pieces to the mata torso on the lower half just to add to that look a little.

Why don’t you use Technic ratchet joints to give these guys articulated fingers?

Why don’t you use Technic ratchet joints to give these guys articulated fingers?

I only have grey, and that doesn’t look very good.