This is part of my entry to the bzpower contest. There are several parts to it, but Tahu is the most developed and the best looking of the bunch. I will include a picture of the entire group of builds, and upload the other ones if there is interest. 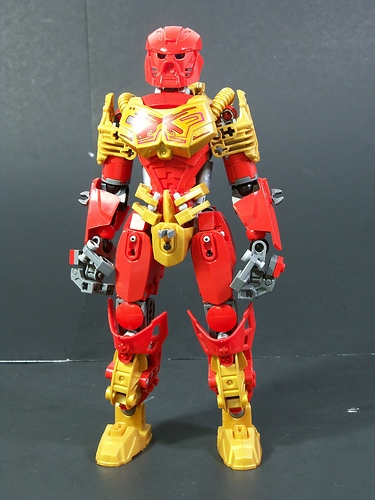 Here is the main picture of the full group. 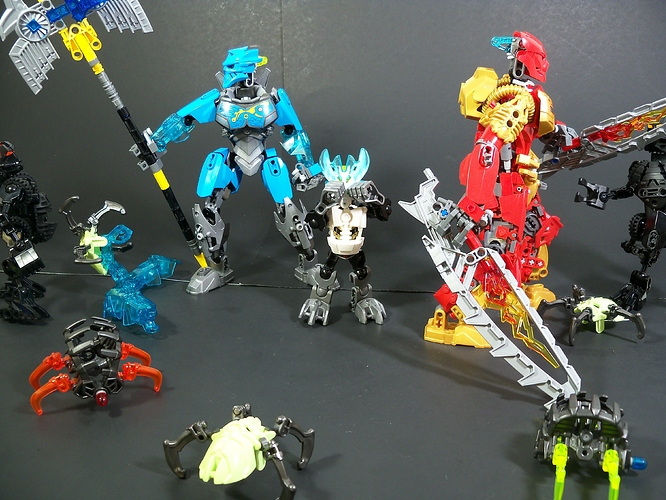 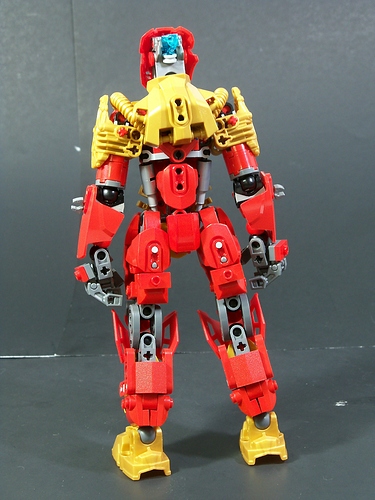 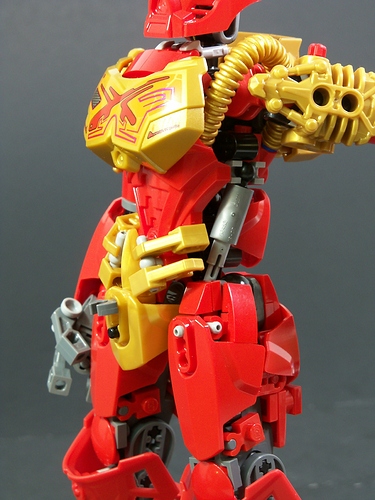 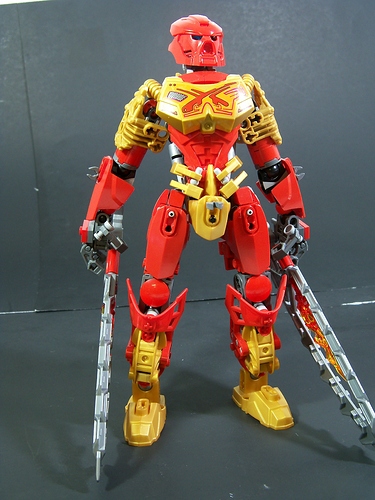 The shoulders are set really low, and throw off the rest of the moc imo.

It might just be how they are posed. I’ll fidget with it a bit to see if anything else works. Thanks for the comment!

Oh yeah, I see that they’re on a small bone. Maybe try positioning the connection to the chest 1 module higher would do.

Can he feel the powah, tho.

This is far better than the set form. You use the gold accent appropriately and wisely. You added a lot of really nice detail as well, especially in the torso and upper legs. However, I don’t think the waist armor looks the best and I agree with @Omega_Tahu about the shoulders being a little low (which is probably just how the MOC is posed).

Very nice. I really like the way you filled out the legs. They look very solid and clean.

The shoulders are set really low

@Omega_Tahu
I think the shoulders are in the perfect height, you should check for anatomy references

How are they in the proper position? The shoulder joints should be just below the neck, while these are a module too low.

Tahu looks really nice. I like how you didn’t give him over the top shoulder armour.

@Invader_Rose Yes. Yes he can.

@Rocka99 The waist armor could use some reworking.

@BlackboltJohnson This type of technique is going to be used more often now.

@Darkraimaster99 @Omega_Tahu I think this is just an illusion of sorts caused by the chest armor/posing. Look at the fourth photo. There is only one length of space between the head and shoulder joints​. Again, it’s likely the posing of the front image that makes it look strange. Thanks for the feedback, though.

@Drahcir_Nosnevets It was interesting on the set, but doesn’t really work for my style. If anything, that would be an addition.

There is only one length of space between the head and shoulder joints​.

Yeah, I realized that. I think that’d it look better if there wasn’t any space between the two, especially with the curved red armor around the neck area. But to each their own. It is your moc after all, and I don’t have it in hand.

With such narrow sholders and wide hips, his body looks feminine. Not something appropriate for a very masculine element and character.

I’m trying to go for a more realistic body form here, and to avoid cartoon/comic proportions. Probably haven’t quite gotten it right yet. The ccbs waist probably isn’t helping. I wouldn’t say he looks extremely feminine, though. I’ll fiddle around to see if anything looks better.

His shoulders are just too thin, he needs a bit more curvy construction at the deltoid and Pectoralis M. locations as oppose to the flat look the Uniter pieces give him. I think the shoulders and upper arm area need a bit of work, the other parts are quite good…

I do however like that he has a neck as oppose to what the regular sets have where their heads are way too short.

Oh, now I understand fully what you are saying. That does make sense. Hmm… after looking at the photos of him again, I believe you’re right. The shoulders look odd. Another thing to fiddle with.

The proportions and designs and whatnot make it difficult to figure out what’s going on with him. The legs don’t quite fit with the torso, and the greebling, while good where it is, could really be spread out more.

This looks pretty good. No shoulder things though.

@DannyBoyy I agree that the flow between the legs and torso need to be worked on. Some waist armor was originally planned, but nothing worked out well enough. As well as the color layering on the lower legs. That needs to be fixed The greebling is mainly meant for the gold parts. the lower legs kind of throw that off, though. I’ll definitely consider your comment while tweaking him.

@LTVmocs Nope. I couldn’t figure out how to make them look nice on him. I might add them as a sort of upgrade later.