So I posted this awhile ago on Flickr, though I don't know why it took me so long to do so here.
First let me preface by saying that I rather don't like Tahu 2015, from a set standpoint, however I can't deny that when he is riding his 'Lavaboard' that he does have a somewhat majestic look. So I decided to make a stand for him. I also gave him two swords that I had collected in the last year, one from Bzpower's convention circuit and another from an Ebay Lot... I think they look decent with his color scheme and I really just like the gold swords being left on his back.
So without further ado, here is the stand 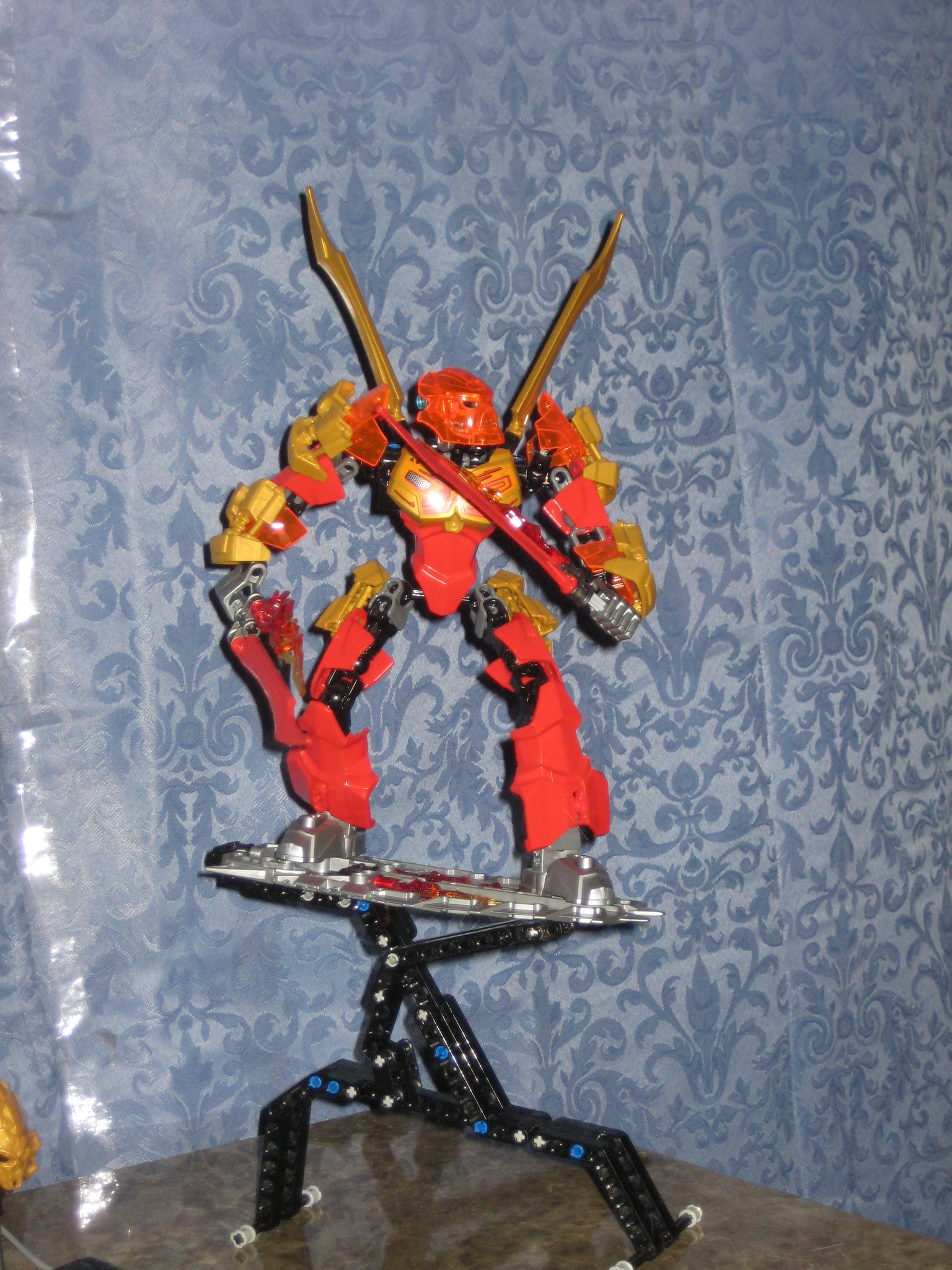 It's nothing amazing for sure, and lacks any flair, though I do intend on eventually adding the Flame pieces beneath the board to give the illusion of lava. The biggest thing I had to do for it was find a way to prevent the Board from bowing beneath his weight. That is where the part in the front comes in. By itself it pushes up against the board, though when the weight from Tahu is added, the two counteract each other and the board stays relatively straight, meaning it could be on display for long periods of time without the plastic warping.

So yeah nothing major, just something small I thought I'd share.

I like it! Are those the promotional polybag brainattack swords from 2013?

The flame pieces idea is neat, at least for the base of the stand.

It's Amazing! Should make A tutorial on it!!

Yep, those are exactly where they are from. They work surprisingly well with Tahu, at least cohesion wise.

It's Amazing! Should make A tutorial on it!!

I mean I could make a tutorial-like picture for it, though it's not that hard in terms of pieces. Funny enough this was originally a stand I made for normal characters. You can see it being used here in this pic by LoSS. I mainly just edited it to work as this type of stand.

Pretty cool stand, but it would be cool to add for fire pieces to the sides to give the idea of Tahu lava surfing

and the stand looks good

Fantastic idea! Too bad there aren't enough clear-trans pieces to make stands for other flying characters/creatures.