I decided to make a revamp of Takutanuva! I always liked the concept of Makuta and Takanuva fusing together into one, but I never really liked the complete lack of gold in the original combiner. I decided to make the concept from scratch (with some creative liberties), so I dont know if the term ‘revamp’ is 100% accurate. If not I will edit the title and tags. 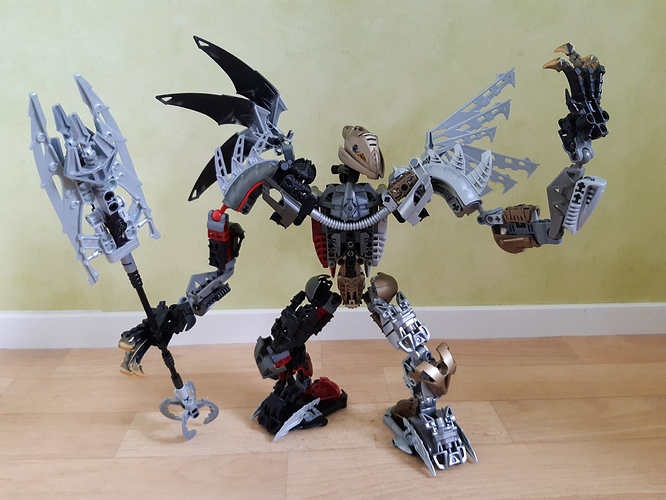 I tried to mix the two color schemes together while still being pleasant enough to look at. The split of the colors down the middle was inspired by the mask of the movie version of Takutanuva, and hopefully helped with keeping the colors from getting too crowded.

Initially I included the pure white that Takanuva has, but it clashed too much with the rest, so I used silver instead, like the Ussanui and the original Takutanuva had. I used some of the character’s original parts like the Rahkshi backs and Nuva armor to keep the look somewhat familiar, but used plenty of new parts as well. 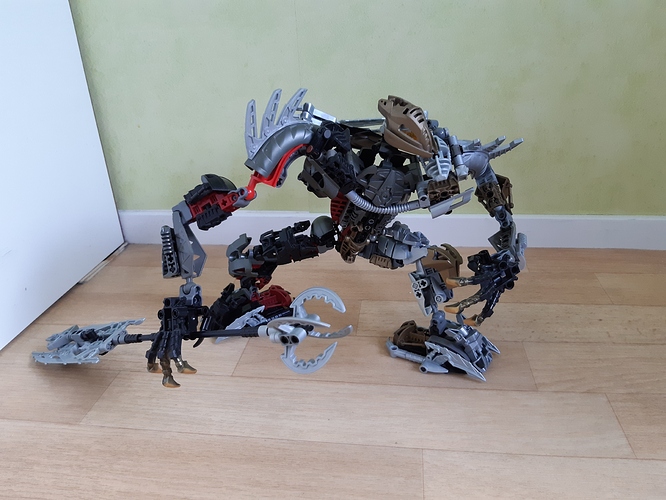 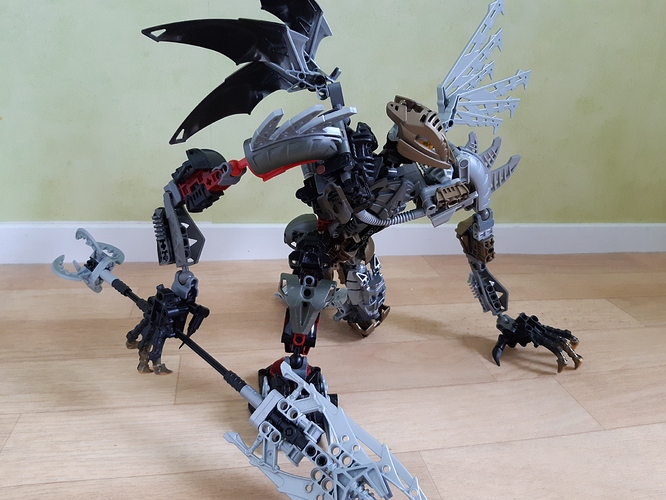 There were some troubles with posing because of the weight and some connections, but i managed to do some at least. There are joints built into the shoulder, but they are somewhat limited in movement. The knees have the problem that they cannot bend more than 90 degrees. Maybe I will try out this concept another time in the future, and try to make the build more flexible and sturdy!

Here are some side views lastly. I hope you enjoyed! 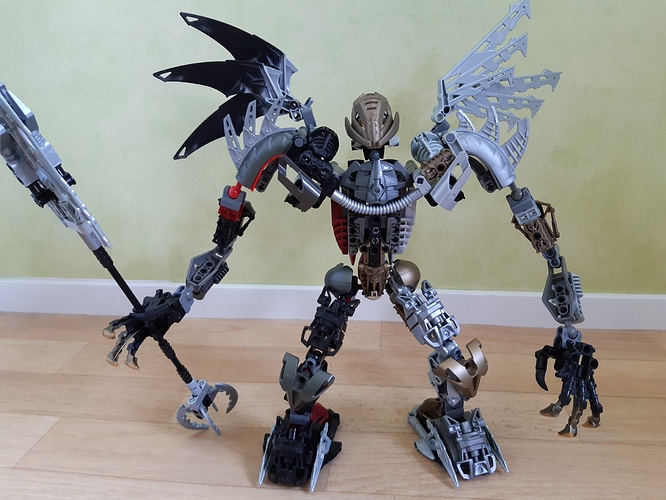 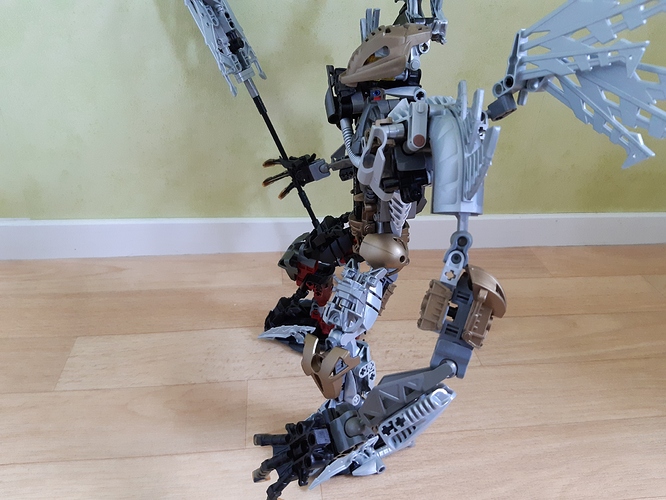 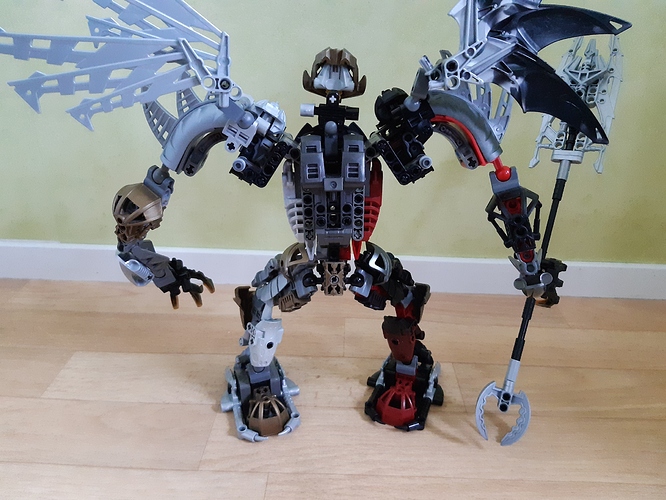 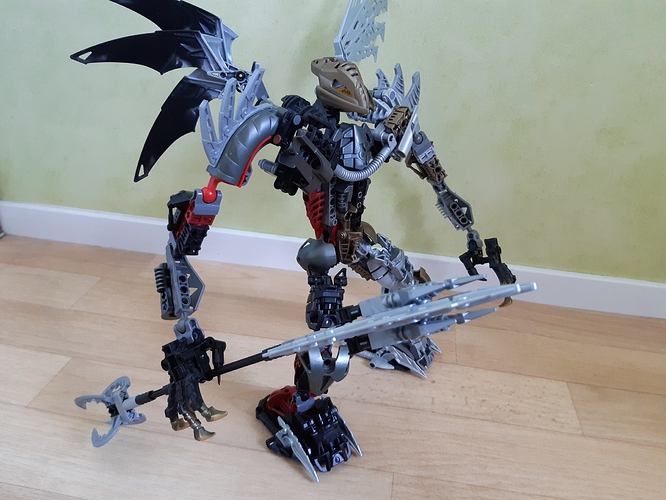 This is really good! I love how it’s thw same build on both sides, but the colors are different! Great job!

A very interesting take on this underused character.

Great MOC! It’s definitely recognizable as a fusion of both characters and I can even see it being in the movie!

Now those are some arms.

yeah they ehm sure turned out long haha

I was nearly going to point them out myself, but after looking at it for a bit they grew on me. I think eccentric proportions that aren’t particularly human are actually a significant part of Bionicle’s charm, not a problem.

The build is fabulous, by the way. I like the sense of duality it conveys, that the original build failed to - it just kind of felt like big Makuta.

Thank you! I agree on the original build just looking like a big makuta as you pointed out, thats exacty the reason why I built this.

The arms perhaps look a bit more out of proportion because of the legs. The knees needed to bend quite a bit for the build to stay stable, which makes them look a bit shorter than they actually are. I kind of like how the arms turned out, but I do wish the Rahkshi backs on the shoulders looked a bit more like part of the shoulder than part of the arm. So maybe if i ever rebuild this idea I’ll try that differently. But it is as you say, eccentric proportions aren’t necessarily bad!