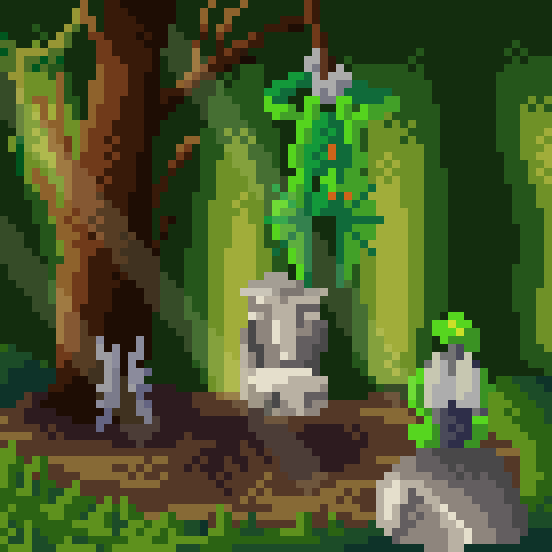 “You know you didn’t have to keep the wings?”

“You know you didn’t have to remain a matoran?”

So, I had discovered that Vican decided to stay mutated, even though his shadow-ness had been cured and monstrous form could’ve been cured by Mata Nui. Originally, I’d planned Vican to become a monstrous bat-like Toa of Air, but then I decided to ditch the sole character design and to an environmental piece instead featuring Tanma and Vican.

Also this is supposed be in the same scenario in which Solek becomes a Toa.

It’s really hard to make Tanma and Vican out amid all the green; would’ve been better to go for a more contrasting background, imo. Otherwise this is pretty good; both Vican and the background look good individually, just not together.