So I revamped an old thing. 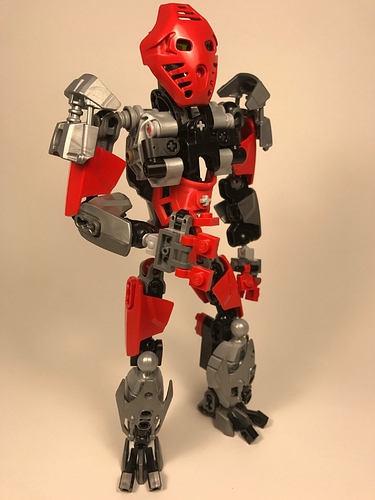 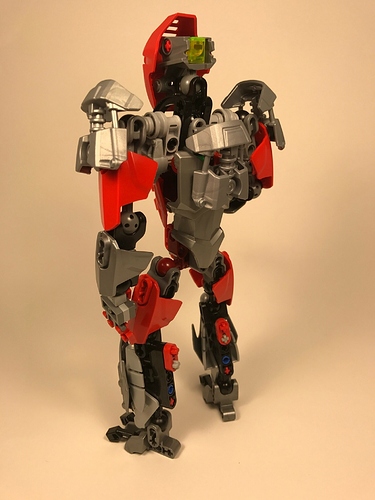 So who is this character? 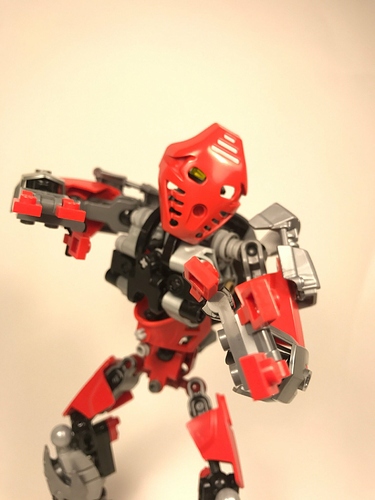 IMG_1239.JPG1536×2048 344 KB
Concept and backstory:
If your familiar with the old version of this guy, it’s pretty much the same. Each of his adventures start with him waking up somewhere with him having no memories and Subsequently follows the hero’s cycle. Over the corse of his journey he meets new allies, faces challenges, and learns more about himself and his capabilities as a character. While every adventure is different, there is always a few things that stay the same. He always has the same powers, meets the same wise mentor/friend character (alongside other characters unique to the story) who holds some knowledge of Tautoko’s role universe without telling him, and at the end of his adventure he gains ownership of a magical golden item weather it be by treasure in a dragons hoard, a family heirloom given to him by a newfound friend for helping them, or some other means. When he obtains the item, he is warped out of the current universe and into another where he looses his memory and repeats the cycle except with some of the skills he learned in the previous universe that will help him on his journey. 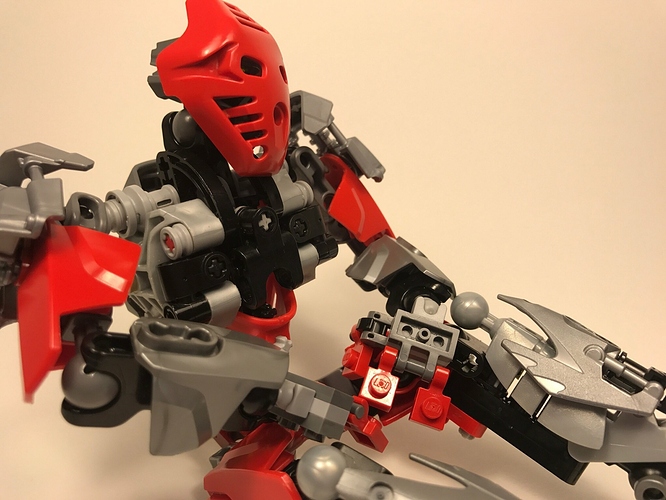 IMG_1250.JPG2048×1536 485 KB
Tautoko is a kind hearted character. No matter what the current universe is he will always try to protect his friends and give it all when it really counts and dive into the action at a moments notice. His gentle nature is his downfall however, as any malicious aponent can take advantage of his mercy and betray him. Even then he can learn from his mistakes and can do the right thing even if the greater good is not what he wants it to be. 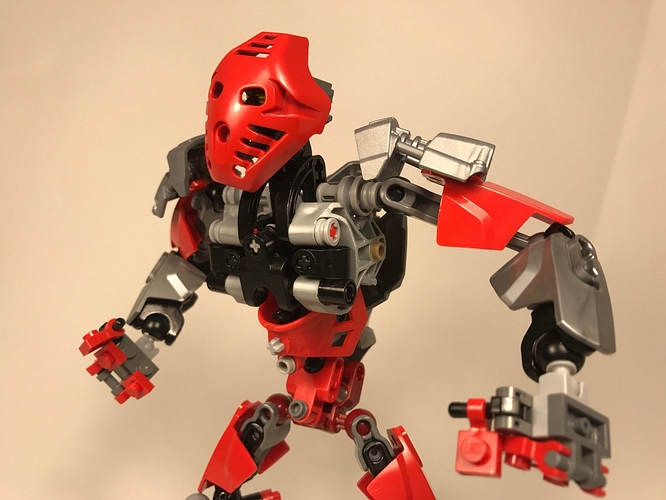 IMG_1246.JPG2048×1536 438 KB
Tautoko’s greatest strength is his physical prowess and dexterity. Without weapons he focuses on using his hands and feet in a flurry of fast blows o down and opponent, but that’s not his only weapon. 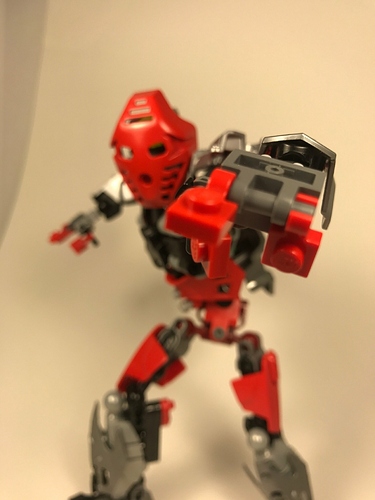 IMG_1243.JPG1536×2048 338 KB
Through his breathing and heartbeat he is able to harness his life energy and use it in his attacks in the form of energy equal to the energy of fire and light. Think of it being something like ki or hamon/ripple. In combat he has infuse his engergy into his fists, fingers and other parts of his body to increase his damage or accomplish encredible feats. He can also force his energy into another. Person or object in the form of an overdrive. Other than that it’s pretty open ended.

The build of the moc: 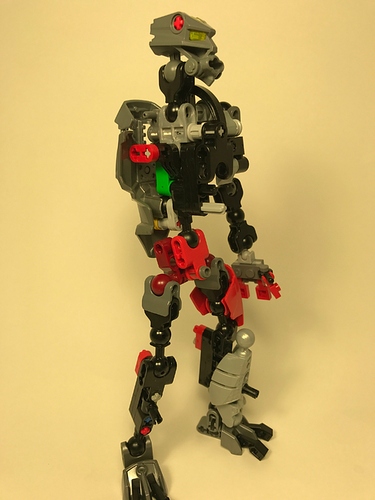 IMG_1361.JPG2250×3000 824 KB
The basic build of the torso and head is the same itch a few tweaks to the former, the only differences being the back, arms, and legs. There is one ng you can do however…
You open up his back… 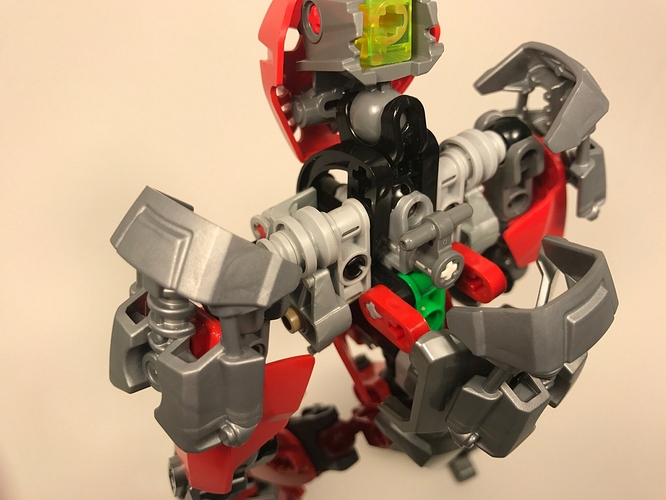 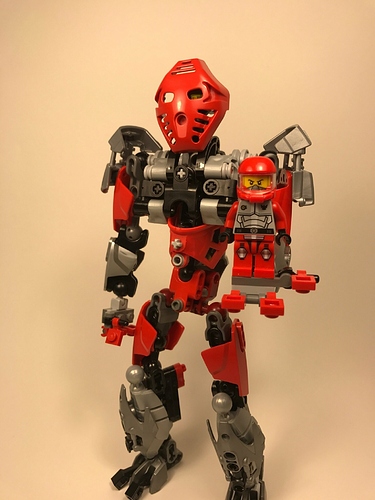 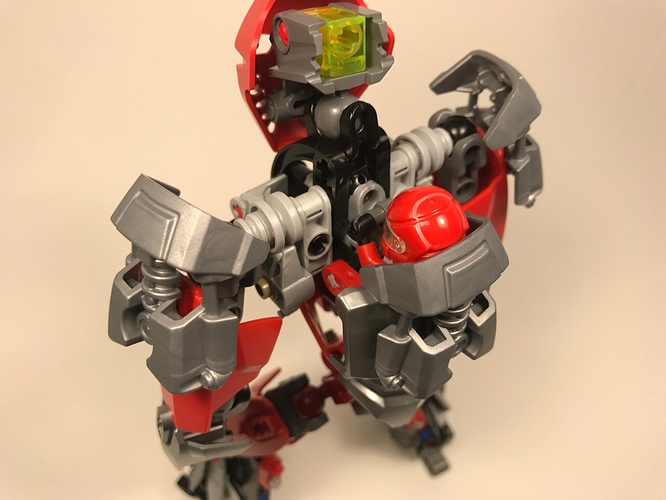 IMG_1248.JPG2048×1536 412 KB
There’s no real reason for this as its non-canon but I just wanted to have a giant mech suit for minifigures while this guy was in progress and decided to add in this little feature.
Here’s a shot with some other old farts I’ve made: 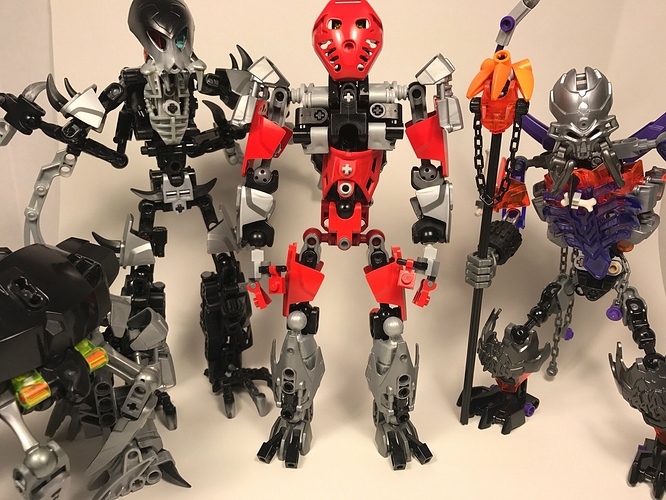 IMG_1236.JPG2048×1536 701 KB
Also before anyone says anything not to sound rude here’s what it looks like with an extra armor piece on the open ball joints on his knees: 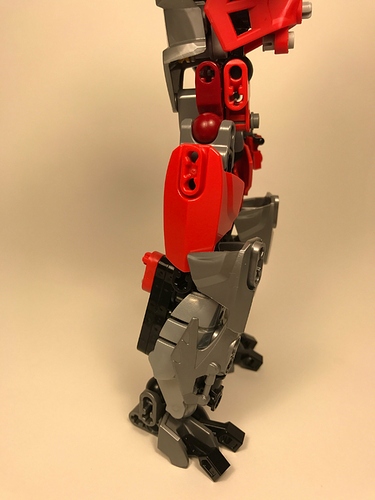 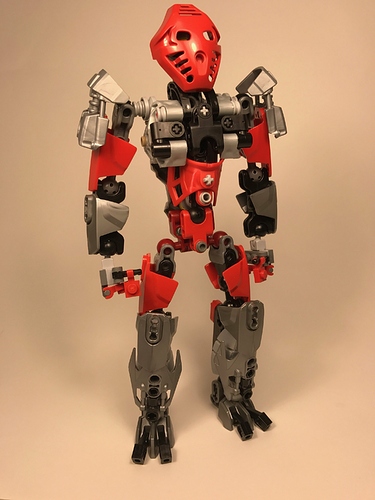 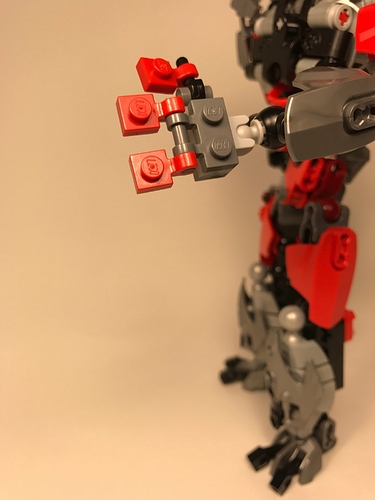 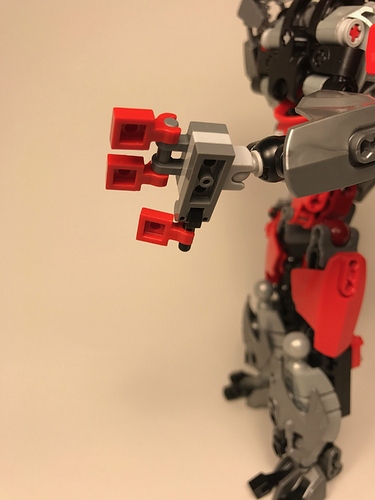 And now just some miscellaneous pictures of this guy in different poses: 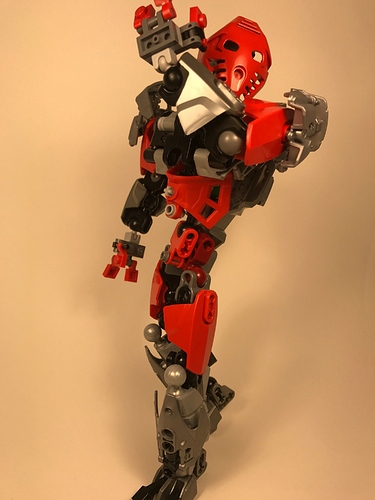 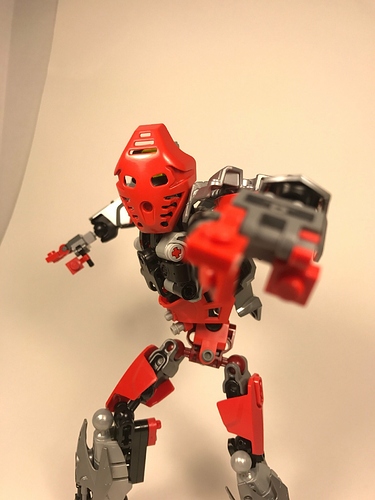 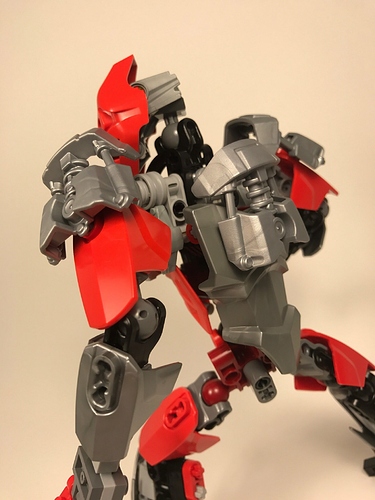 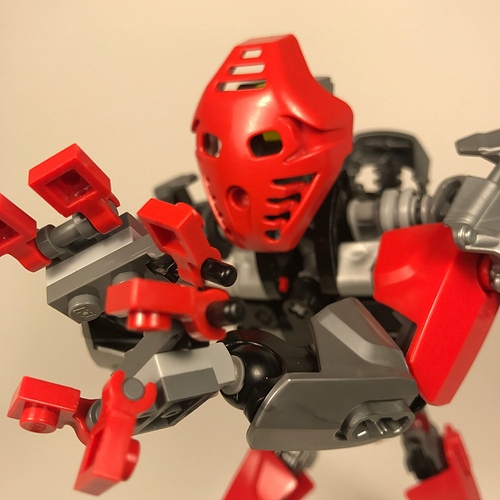 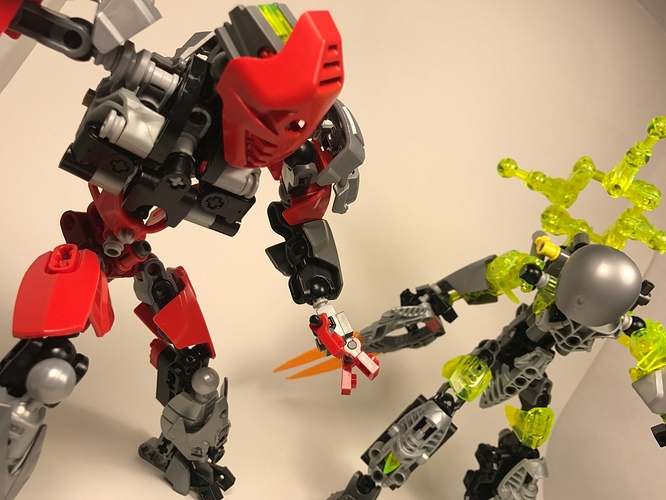 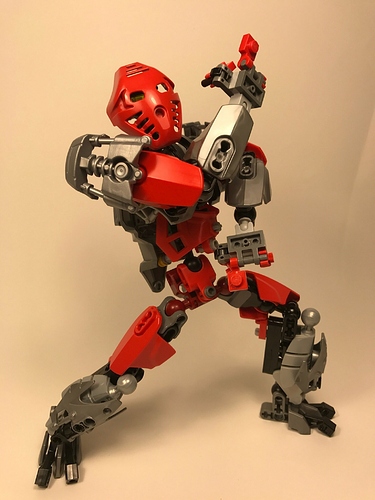 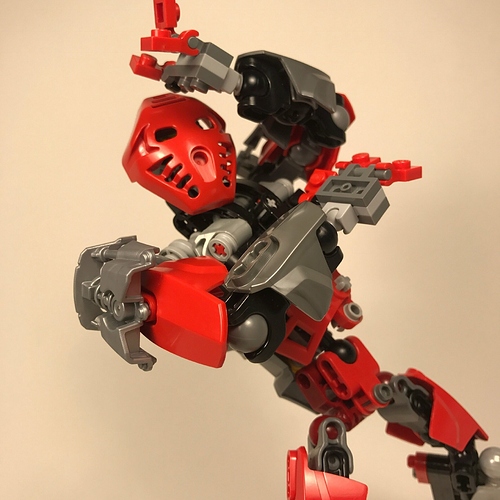 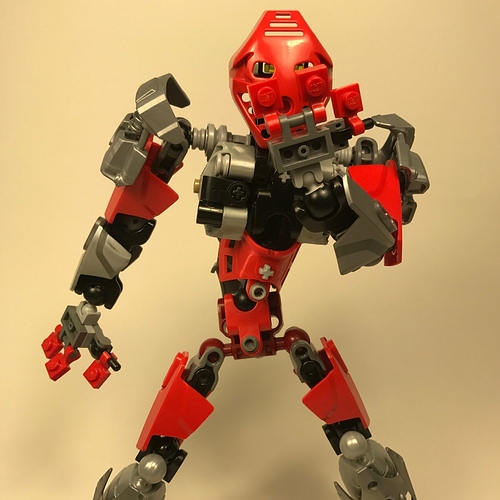 I hope you enjoyed. I’m also working on my setup a bit more and trying to find some better lightbulbs that don’t add that yellowish-orange tint to everything. Other than that please like, comment, and share your thoughts!

Link to the original:

So I made a thing Front: [image] Back: [image] So my basic idea for this character is that they move between various different timelines and/or alternate universes one at a time. How it works is that any universe he ends up in has its own adventure which after reaching the end of the journey he obtains an Olmak weather it be part of a dragon's treasure hoard, it being made for him as a gift from a friend, etc. Afterwards he is overwhelming by the power of the mask and he is ripped from his current timeline to a new one and looses all his previous memories and items. Build: [image] [image] Him with a side kick [image]

This looks good just wish you had covered up those ball joints good job!

Also before anyone says anything here’s what it looks like with an extra armor piece on the open ball joints on his knees:

The hips are just a little exposed, did those blocky Hf add-ons ever come in red/silver? They’d look perfect. speaking of add-ons, I’m not sold on the shoulders, they have this hollow look to them that I’m not much a fan of, I’d recommend using g2 masks for pauldrons, as they look good and depending on the mask won’t impede movement any more than the piston add-ons.
Alright now let’s talk about that chest, it looks awful, exposed technic and an open socket, there’s got to be a better way to cover the chest, a ccbs chest add-on, or a hordika chest or something.

Thanks for the tips. I’m currently working on it again. Sorry if I sounded rude about the open ball joints on the knees. Also what kind of exposed technic peices do you think I should change and how?

Update: how does this look? (I’m missing another black armor add on piece so I’m using gunmetal for now) 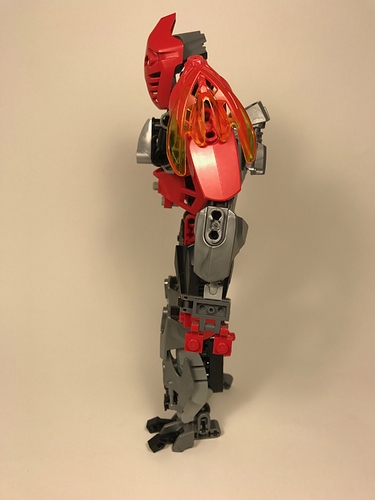 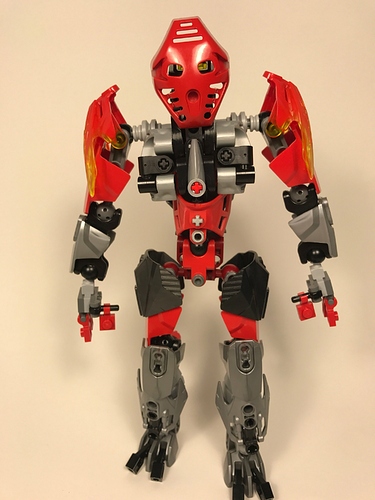 And now just some miscellaneous pictures of this guy in different poses:

is that a jojo reference???

how does this look?

Hmm, push the protector masks down, they stick off kind of oddly, also I just noticed the upper legs look very slightly short, with the new add-ons you can use a size 4 bone and it should look fine, as for

what kind of exposed technic peices do you think I should change and how?

Like I said, attaching a ccbs or hordika chest over what’s currently there would make it look better, it just currently looks very exposed since it’s basically just exposed technic pieces.

Oh, and I just thought of something else, try regular ccbs feet, I’m wondering if they wouldn’t look better.

Here’s what I did. 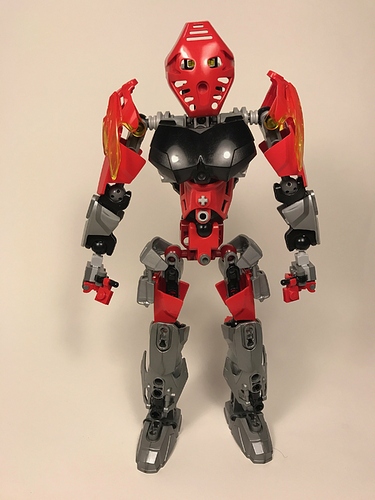 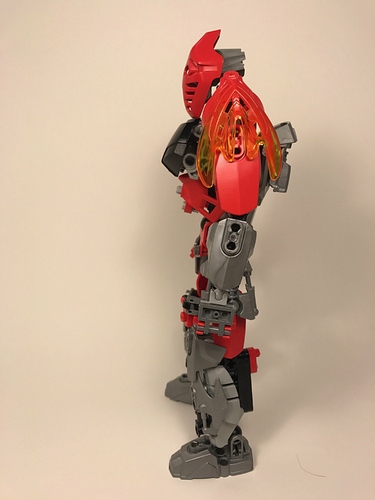 If you put the black squared add-ons on the hips again(I know one is gunmetal temporarily) and swap the vahki waist for a black one(just to add in a bit more black to balance the chest really), as well as fix the shoulders(eventually) I think it’d be near flawless, as it is the feet and chest look great!

Thanks for the tips. I’ll probably keep it the way it is right now until I can get everything in order. I’ll definitely use your tips for future mocs though.

Solid build. I love the concept behind this guy as well. I wonder if he’ll ever discover what forces are at work, moving him from world to world like that?

There is a greater force at work here. And it all has to do with this guy: 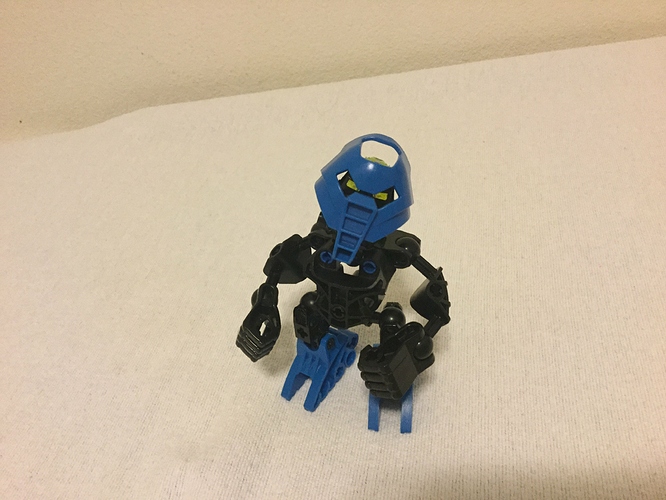