Toa Tavarin, former Toa of fire, now one of shadow.

Like Norik, Iruini, and a select few others, Tavarin was an elite Toa Kragah, having risen there through seizing the moment. Tavarin was one to take any opportunity that presented itself, and look out for #1. So when the Makuta revolted against Mata Nui, he and his team decided to follow the path of power. 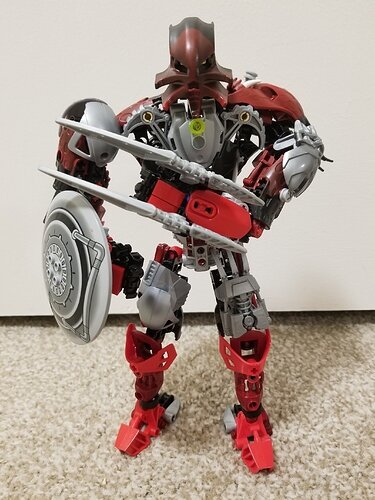 Back (not sure why it’s rotated) 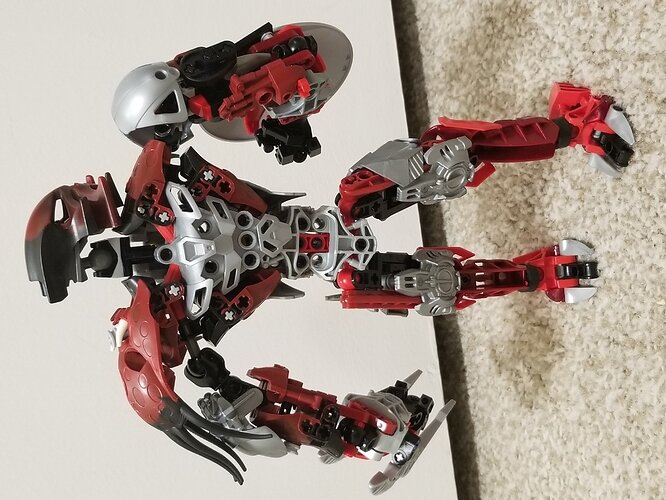 Normally he would stand as tall as any other Toa. But seeing as he was on the dark side already, Tavarin took the opportunity to use a Mask of Scavenging, which allowed him to phsyically enhance himself by draining others.

Height comparison vs. the Matoran build I use for RPGs and a Iruini Hagah: 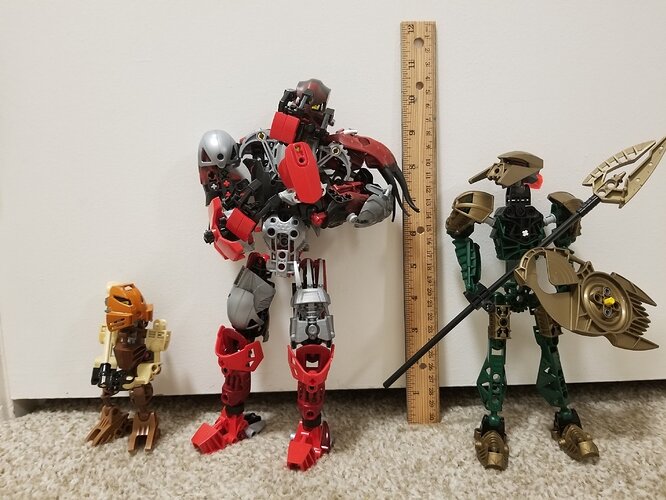 Going in for the opening: 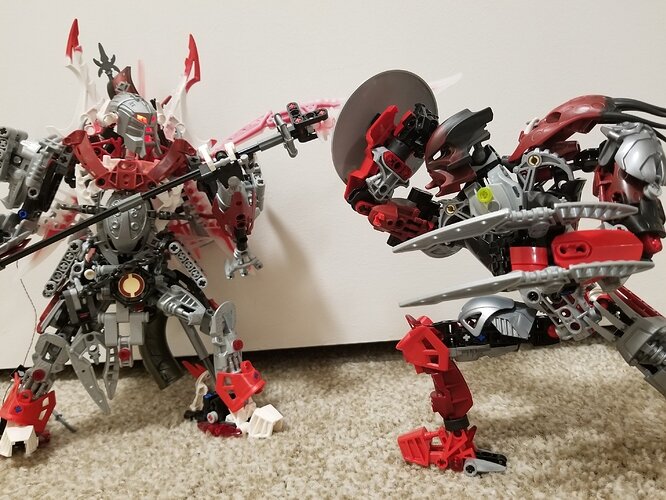 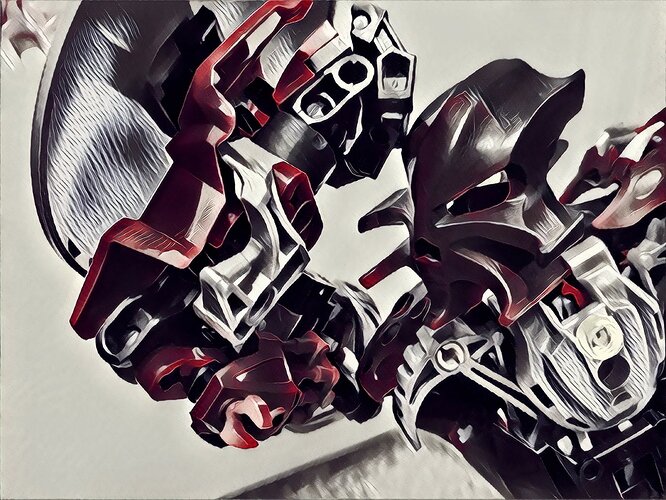 Let me know what you guys think. He has a lot of weird parts, semi-limited posability, and other quirks but I had a great time making him. (and finally found a hand design I like) 100% original for once.

I’d be happy to explain stuff about his build or story, and I’d love constructive criticism as well!

Aside from the dark and cherry red not mixing too well here, I like the shaping! Maybe use Turaga dume’s mask instead??

You’re not the first to notice that about the reds. Maybe I’m blind to it but I kind of like it. I do have Dume’s mask so I’ll try it.

Thanks for the feedback!