The "Art of Bionicle" scans are uploaded on BZpower

The titel says it all:

When I was finished looking through it, my first reaction was “So many cool, unused concepts!” and I think that sums it up.

Foe me the most creative concept in the book are these Weapon-Fusion-Creatures.

dang why the heck didn’t Lego use these

Shall probably do a round-up video showing how 2017 would have played out based on the 2017 images, hints and teasers in this concept art :3

As for thoughts on the artbook, a lot is lacking and its disappointing. I understand not including too much from 2017’s original storyline, but they didnt even include the artwork for the 2015 villains or the combiner that they unvieled for Kulta…

Also, Makuta was going to be silver? 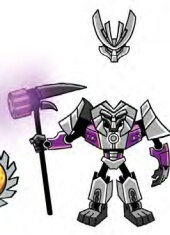 I agree, the most interesting concepts in my opinion were the various other creature designs. Honestly, this is where I think the released creatures lack the most; they only really provide flight or armor, but not really any of the cool arm-attached weapons we see in the art book.

Ketar could have been so much more amazing.

All these concept art images are amazing! I have no doubt people make some awesome mocs from those images.

I am absolutely blown away.

I do wish we got a few more pics of the individual Toa concepts rather than just the uniting functions, as well as more on how they developed the villager populations. That said, I am happy to even have this, as we could have gotten nothing else. Thank you to the Bionicle community bases, and most of all, to the Bionicle team!

you know what, i like his silver with purple colors more.

it would atleast have made one of the legendary masks be made of something else other than gold atleast.

This is my new desktop backround: 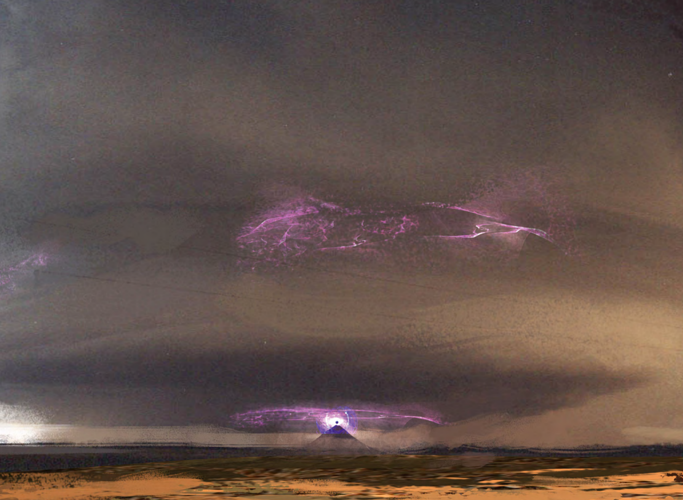 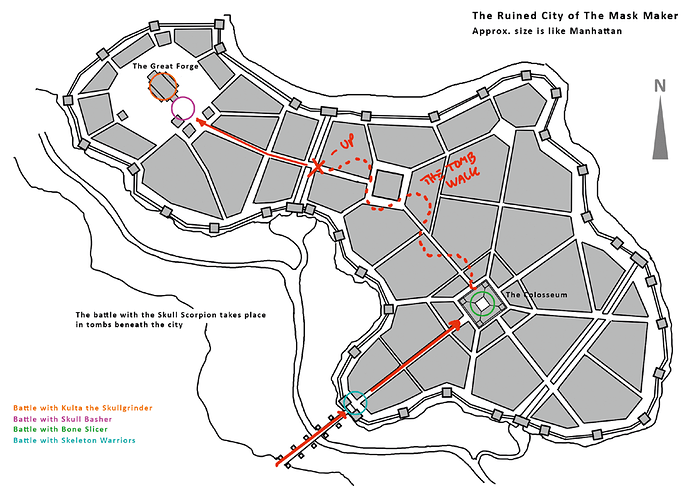 Interesting to see that they envisioned the City of the Mask Makers to be Manhattan sized. In the story it is definitely smaller.

Goodness, to think of all the potential directions BIONICLE could have gone had it continued. An Exo Rhino? Tahu with a shield and gunmetal armor? All very interesting concepts.

I really commend the art team for showing all of these interesting designs. Heck, some of those other creature designs would’ve been neat alternatives for the ones we got, particularly the snakelike Stone Slicer and the Manta Kite.

how do you know he is going to die next year

The ketar with a saw looks awesome

Personally the knight inspired Tahu designs are my favourite :3

how do you know he is going to die next year

Although the villain shares elements with the skull villains, his design features attributes that were given to the ‘demonic’ beings in the concept art - which appeared to have been where the summer 2017 storyline was taking place as we see the Toa in a shadowy realm.

The villain itself includes pieces released recently in Star Wars 2016 summer sets, a waist swivvel from the 2016 Winter Wave and transparent bones which were going to be introduced as a feature for the 2017 villains.

The setting is also similar to the very last piece of concept art teasing the Toa entering the shadow/demonic realm to confront Makuta. He likely was not going to die and they just wanted to create impressive concept art, but i think its definitely something worthy of a bit of discussion as to whether Lego actually would have killed off Pohatu or another Toa.

also skull blazer for the win(somebody MOC him please)

You know most of these designs rivals G1. If the Bionicle team was allowed to do whatever they wanted, this probably would have been the best years of Bionicle ever.

Also this gives me new respect to the Bionicle team.

Someone please build a few good MOCs of some of the unused concept creatures and villians.

Umarak was great as a set, but I just wish we would’ve gotten more villains like him. Instead we got gappy skeletons and ugly beasts as villains… oh, and a spider. Yay!