The Battle of the TTV Village

Note: The following story is inspired by true events that occurred at the day of 21st October 2016.

It was a dark and stormy night, memes flashed across the booming voice chat, TTV ready to make their final stand against the savages of unknown land, the land of Minecraft. Lord Eljay looked to his fellow comrade Lord Meso, knowing it might be the last time he sees that skull, Meso knew the same for Eljay’s Miru. Besides them, the other cast members took stand as their generals with the whole fanbase backing them up. Suddenly, Scout Kopeke Nuva returned with a report on the enemy’s numbers.

“There are too many of them, my lords. - It might be our last day.” Said Kopeke fearfully.

Eljay and Meso nodded to the Scout simultaneously, no matter their differences, they stood here today - united as one, awaited by a single destiny, it was their duty to defend the United Soviet TTV Village. Running was not an option, or so they thought. Until one of their own, Prpldragon herself, left the armies behind - cowardly leaving them with her battalion of traitors. - We died inside that moment.

Soon, the enemies arrived at our doorstep. Proudly defending, I stood among the front lines - daring to defend the cause of Bionicle’s legacy and our preservation. Besides me stood Private EvilLobsterKing and Private Xeros610, behind us - Commander Ekorak was ordering our battalion to move.

“MOVE FORWARD!” Shouted the commander, fearful of his end.

The armies charged, clashing in an inspiring flashing of blades and blasters. I watched as my friends, among them SammyTheKat, Whaddon and many others fought valiantly for the Bionicle cause. - But no matter how strong we were, how united we were - we fell, one by one - the members died to the enemy’s blade. - I prayed to the Great Spirit that we survive… and we did, beaten, insane, damaged, harmed… Lord Meso and Eljay payed with their lives and so did Commander Ekorak - if only I could save them. In my last moments, I turned to the skies and the holy image that appeared. - an Av-matoran of grey and white color-scheme spoke to me, “Do not mourn their deaths, my child. - Soon, we will all join the Red Star, but not you… you have yet a reason to live.”
As he said, I left the battleground, battered, brought low - dying.

I write the text for you to read, no matter how dire the battle, never forsake your values. - We stand for Bionicle, for the TTV!

Then I just kept building my monumental tower, of the Lobster Kings…

I saw someone at my door, and the next instant I was dead and my house disappeared around my dead body. It was awesome.

You mean - terrible… the horrors we witnessed that day will never be unseen.

I think someone mistook me for the enemy and killed me at one point.

You were your own enemies

You forgot the part where someone (I DIDN’T DO IT!) got crucified.
; P

You forgot the part where someone (I DIDN’T DO IT!) got crucified.

Feels good to have found the power and lived the legend firsthand.

“There are too many of them, my lords. - It might be our last day.” Said Kopeke fearfully.

(as in exactly two)

(as in exactly two)

Hush, you don’t want to sound humiliated, do you?

I was there, listening. It was just like he described it, but more rage, complaints, etc.

I just built a small shack then dissappeared.

The Journey of the TTVillage was something for the ages. Built from the ashes of the BioCraft lag-fest, we swarmed this one server with over 100 people and fought to establish a place for Bonkle fans everywhere. Unfortunately, we were cut down by the physical embodiment of Lego’s upper management and our home was pillaged. ;_;

They cut us down almost as quickly Bionicle G2. (I’m sorry, I just had to. It’s the last one I swear.)

I was asleep for this. Unfortunate

I went back on to see the aftermath. 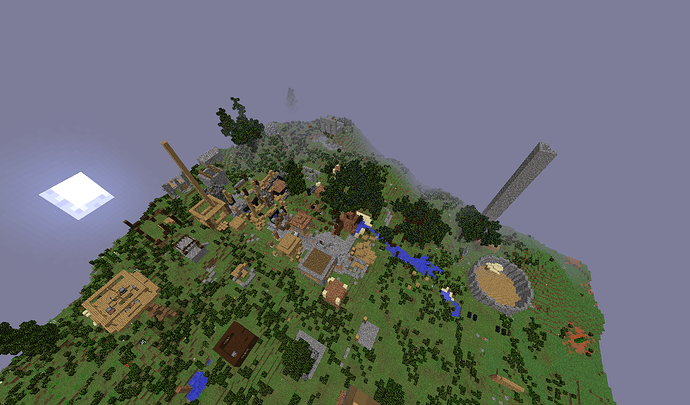 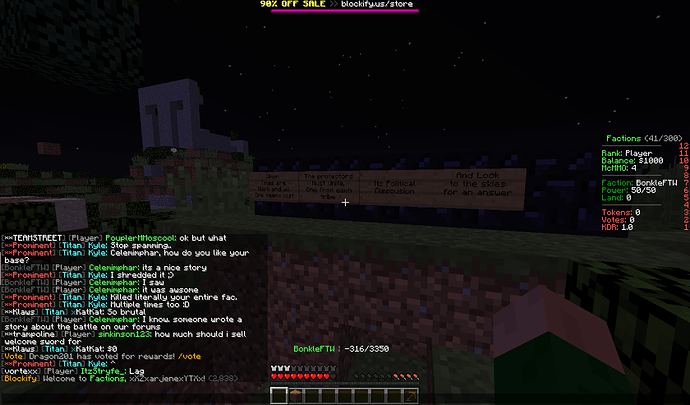 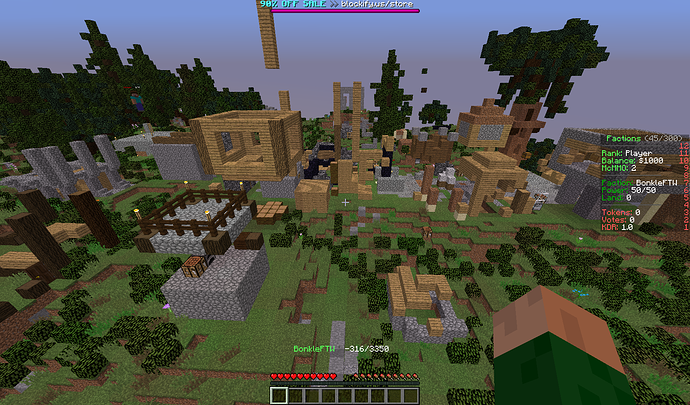 Ayy, the sky tower in the bottom left of the first picture is mine. She still stands!