Note: This is based on the world in a game of Civ6 I’m playing, so if stuff doesn’t line up to real life, it’s because this isn’t real life. It’s alternate ‘history.’

Thebes. The formerly Egyptian city and holder of the Pyramids. To the north: Ra-Kedet, capital of Egypt. To the south: Swenett, Egypt and Murcia, Spain. To the east: Pydna, Macedon. To the west: the open desert. During one of the largest battles in the Franco-Egyptian War, Poland, ally of France, captured the Thebes, and had held it for somewhere around 15 years despite it being on a complete different continent from the Polish Empire’s core.
Until today.
After the Franco-Egyptian War, the king of Poland, Jadwiga, decided to no longer focus on the army, opting to ■■■■■ focus towards piety. Leaving only two Winged Hussar regiments to defend Thebes, most of what was left of her military, she shifted her focus.
Leaving her nation, her city, completely unprepared for attack.
Spain, fearing Poland’s religious power and allied with Egypt, declared war unto them, attacking from the south. Their first target: Thebes.

This RP will take place primarily, if not solely, in the city of Thebes, it starting as a Polish city for now. It will also be near the very beginning of the Industrial Era, so weaponry for civilians would be mainly melee weapons, with the odd flintlock pistol(which will have a few restrictions, more on that in the rules), while the few army soldiers will have to be Spanish Conquistadors, or(and I’ll only accepts a few because of circumstances) Polish Winged Hussars, armed with muskets or spears on horseback respectively.

Rules
Now, first is the big one. Yes, your characters can die. Without the threat of death, the low stakes would get boring quick. What’s a siege without a little fear of death?
So that means that you shouldn’t godmod. Remember, your character is only human, and should act as such. Other than that, I think that the normal rules apply, and if you don’t know them, I’d say this is a good way to sum them up:
Don’t be stupid
Don’t be a jerk
Remember that the other players are people too.
And I almost forgot: The pistol(well, gun) rules.

Alright, on to the rest of things now.

Signup sheet
Name:
Gender:
Nationality:(There’s a list of those you can be at the bottom of the signup. I had to limit it to the nations and city-states present in my game, sorry.)
Weapons: (or you could say what type of warrior unit they are if they’re a Conquistador of a Winged Hussar)
Appearance:(optional)
Bio/Personality:(Optional)

Map
This is just in case you were wondering about what the world looked like: 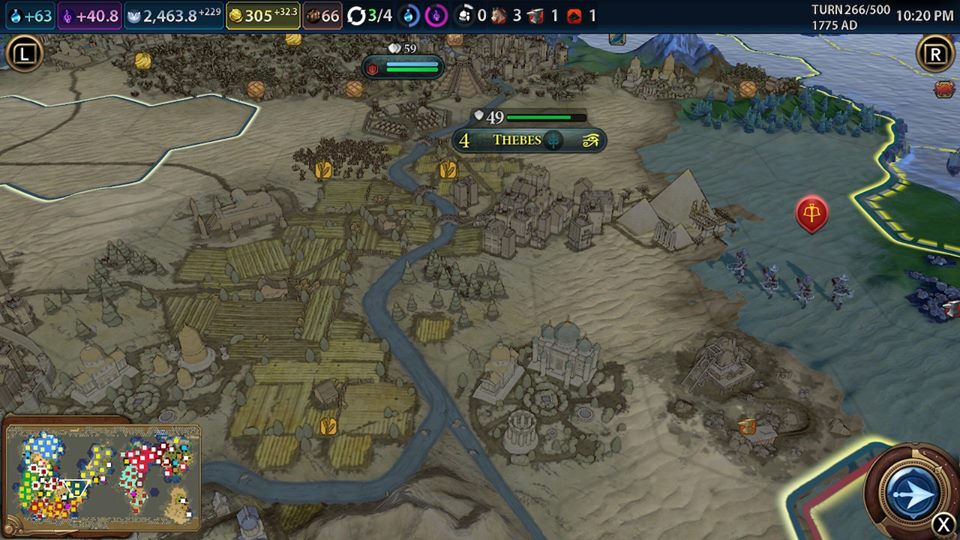 Thebes.jpg960×540 110 KB
Not ideal, I know, but this is the best I could do. The big picture is Thebes and the surrounding countryside and stuff. The thing in the bottom left is a minimap of the world.

[details=Color coordination is for the nations is:]Green/yellow: Brazil. Blue/yello: France. Blue/darker blue: Geneva(on the western French shore). White/red: Japan. Red/yellow: Spain. Dark Blue/yellow: Egypt. Two yellows: Macedon. Yellow and black(east of Brazil): Amsterdam. Purple(Below Egypt): Kumasi. White(west of Egypt): La Venta. Yellow(South of Macedon): Muscat. Bright red/white: Poland. Dark red/white east of Poland: England. Dark red/white south of Poland: Greece. Green/red: Aztecs. Multicolored spots east of England: Seoul, Buenos Aires, Palenque, and Toronto. Purple(middle of Aztecs): Antananarivo. West of mainland Poland: Lisbon. Two city states on other continent: Armagh(north) and Hong Kong(south).
While hard to distinguish, Yeveran is between Japan and Brazil, north of Amsterdam. And I think that’s all of them. Y’know, this’d be a lot easier if I could get videos off of my Switch in a way other than jumping through like twenty hoops, Nintendo.[/details]

[details=You don’t need to know this for anything in the RP really, but this is a general history of key points of things that happen to and involving Poland, since that’s who I’m playing as in-game, in case you were curious.]* Meeting of Greece and England. England was an almost immediate ally, while tensions arose with Greece.

Whoo, okay. That was a lot, but that’s it. Have fun, and I’ll meet you in Thebes.

Let’s see if adding in my characters will get this running a bit better. I doubt it, but it’s worth a shot.

Name: Bertrand Demers
Gender: Male
Nationality: France
Weapons: Rapier, Flintlock pistol.
Appearance:(optional)
Bio/Personality: A French scholar traveling the world, taking in and documenting their wonders. Came to Thebes to see the Pyramids, but was there when the attack started. Generally knowledgeable about other cultures, and while easily startled and generally very scared, will stand up for himself and others, no matter how close he gets to passing out from these terrifying encounters.

Name: Alvar Arias
Gender: Male
Nationality: Spain
Weapons: Conquistador
Appearance:(optional)
Bio/Personality: Leader of one of the many conquistador regiments attacking the city. Stern, with a temper.

Name: Kasandra, or Kasie (Kay-see)
Gender: Female
Nationality: Greece
Weapons: small, one-handed crossbow, longbow, various arrows with different effects. (Grappling arrow, fire arrow, poison arrow, heavy arrow.) She also carries a short-sword.
Appearance: Short, with short dark brown hair, with red highlights. She has big brown eyes and is innocent looking.
Bio/Personality: An accomplished thief and pick-pocket, as well as an archer, Kasie likes to travel around to different cities, to steal from different people and citizens. She collects one coin from each city she travels to, and the rest she uses for other needs. She is sneaky and deceptive, but she can be fierce when needed.

Lack of interest left this to die. The original idea was instead shifted and shaped into becoming Cusp of a New Era.

Ah
I noticed a similarity.
That’s a shame.
How long will CoaNE last? because I might end up bringing this gal in if there’s plenty of time left.

As long as it can.