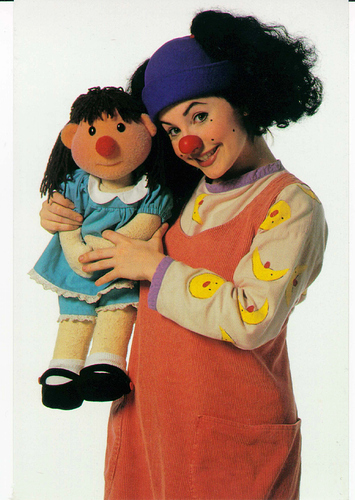 image2006×2821 1.27 MB
from the Wiki page:
The Big Comfy Couch is a Canadian preschool television series about Loonette the Clown and her doll Molly who solve everyday problems on their Big Comfy Couch. It aired from March 2, 1993 until December 29, 2006. It was produced by Cheryl Wagner and Robert Mills, directed by Wayne Moss, Robert Mills and Steve Wright. It premiered on March 2, 1993 in Canada and on January 9, 1995 in the United States on PBS stations across the country. The program was also broadcast on Treehouse TV from 1997 to 2011. I love the show! I used to watch the show on dvd when i was a kid. The clock stretch is a classic!