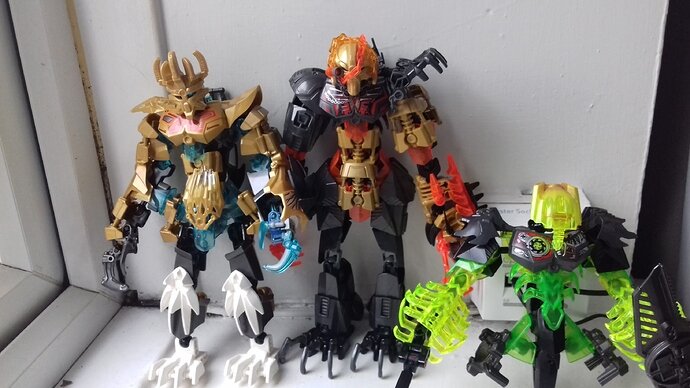 his powers : being able to command all the elements

His backstory : Him and his brothers just formed in to existence one day and began creating things like planets,atoms and life however Kamarax became aware of what he could use his power for and started a rampage of destruction and death across millions of innocent galaxies so Xenox forged a chain and a special mask and body of which he trapped Kamarax in and if that chain were to break and Kamarax took off the mask his anger and power would be like nothing ever seen before.
and one last thing these are to minifigure scale . 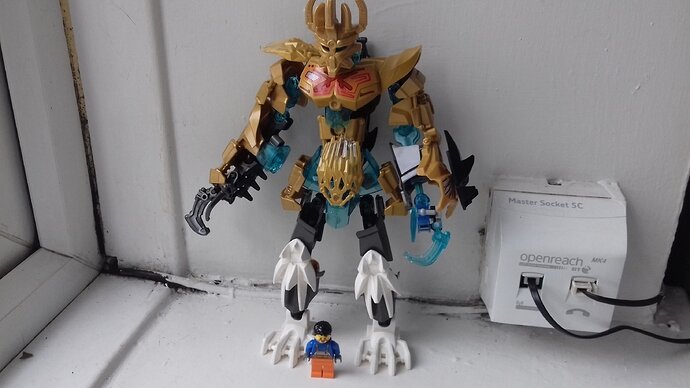 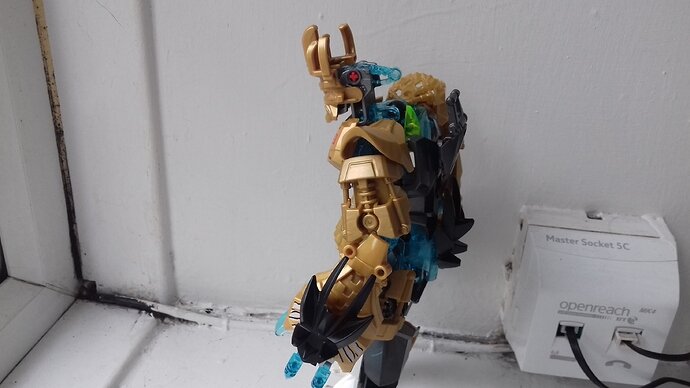 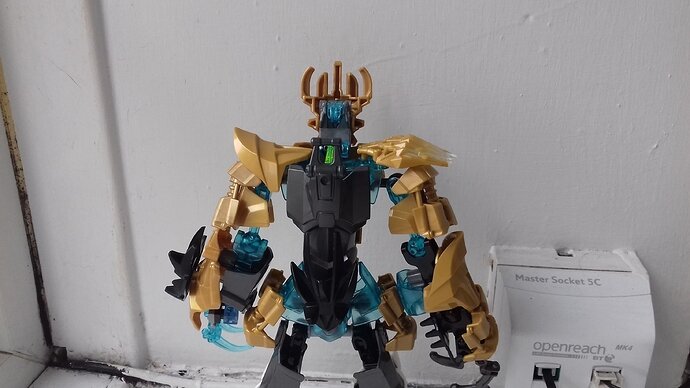 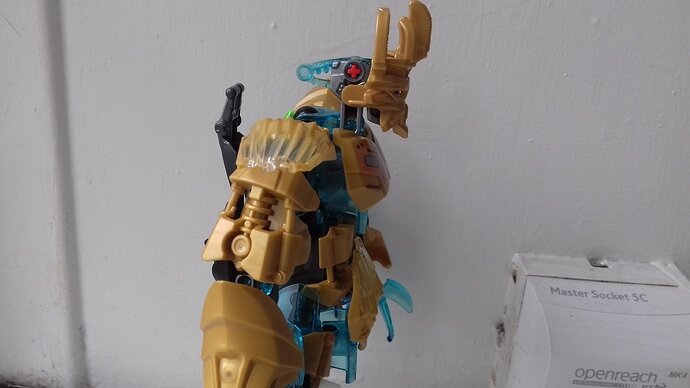 occupation : The minister of time

his Powers : being able to control time

His backstory : When brought into existence he created the flow of time and also life and death of which he didn’t relies until his mortal friend died which sent him into an uncontrollable grief and will do any thing to bring him back. 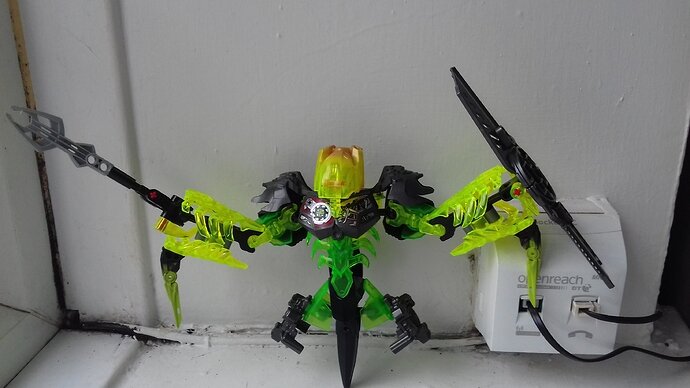 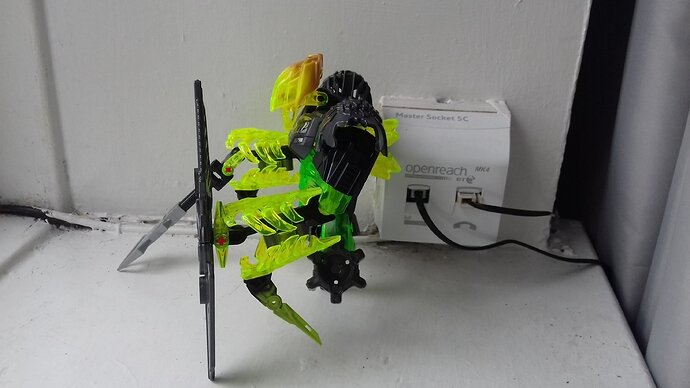 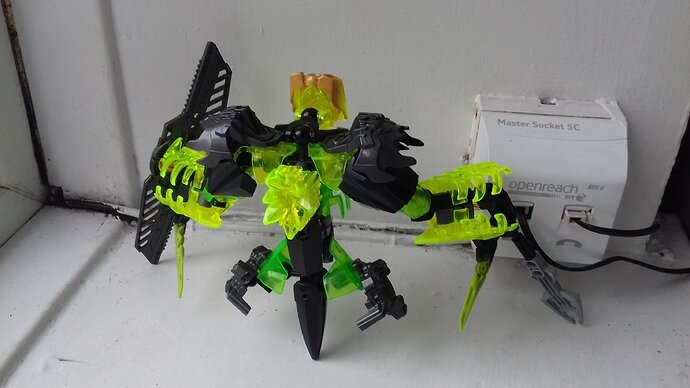 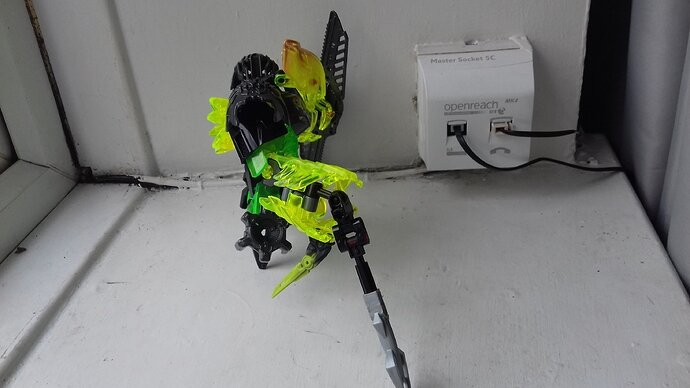 And Last but defiantly not least we Kamarax

occupation : The Punisher of Darkness

his Powers : being able to control peoples anger and rage and can incinerate anything

His backstory : When existence began so did Kamarax at first he was kind and friendly but he soon reliesed the true extent of his incredible power and went on a rampage that spread across millions of innocent Galaxies until Xenox forged a chain a body and a mask which would set a limit on how much of his powers he could use but the chain grows less powerful over time and soon his foretold war will begin
and he is also followed by a storm where ever he goes. 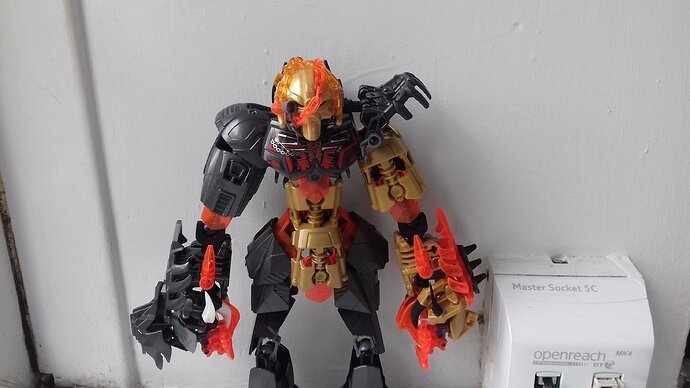 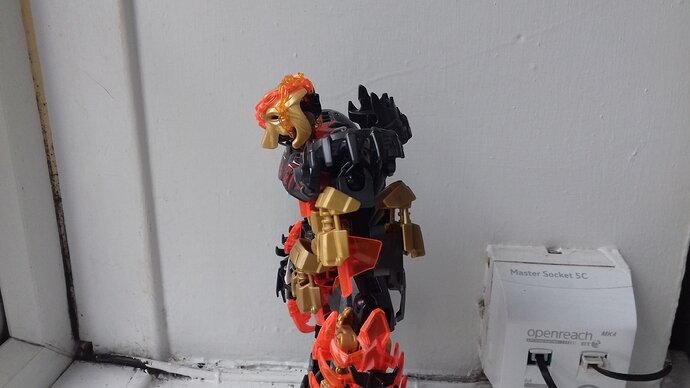 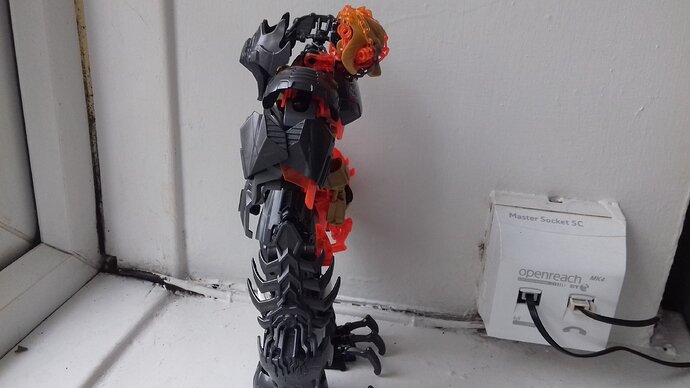 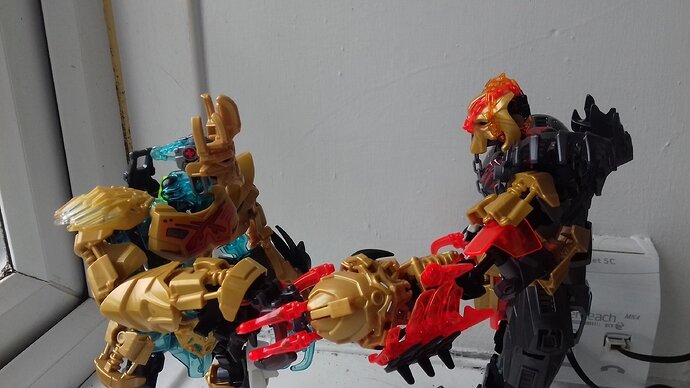 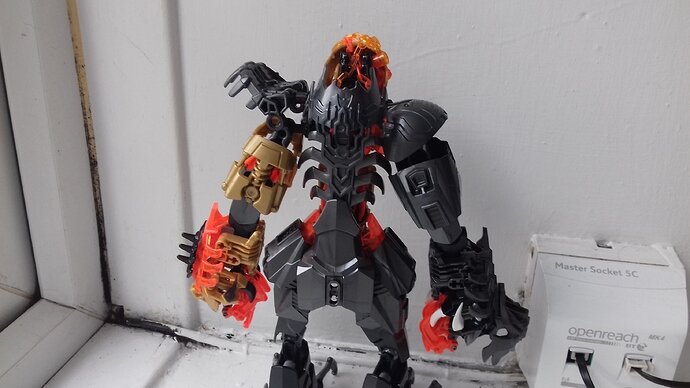 Last few words you better like this cause i legit spent three and a half hours on this however C&C is always appreciated.

Sorry to say this, but all of them look weird. I don’t know why, maybe the proportions and the fact that some of them have literally USELESS armor or armor attachments. Let’s start with Xenox. He is pretty OK (Except for the USELESS armor) but his color scheme is kinda weird. Gold and blue and red and gray and white. Just choose two colors and use them! Profax also look weird. Really now, his arms are just TOO bulky. And he has USELESS armor too. Then is Kamarax which also have USELESS armor, but a decent color scheme.
I would recommend to:

Ok, I have to say, the concepts I love.

The mocs though, while stil enjoyed, do require some ‘fixer uppers’.
The builds, I enjoy, going by how these are ‘gods’ basically, why should their forms be standard? And even with that you carry a fairly proportionate build throughout them.

Xenox is, besides his legs, perfect to me. With the legs, well, it’s just odd to suddenly see white across them when there’s no other piece so of white on his form.

Profax… while I like the idea behind his build, his lack of both hands and legs is bugging me.

Kamarax… yeah, I got nothing for him, even the slight bit of improportionate litheness to his mid torso can actually be ignored, and excused by the fact it just better helps emphasize a look that he’s actually wearing massive armour or some such.

I like Kamarax but the other two could use some work. You should get rid of the white legs.

the green one is not my fave due to the mistplace gold on the infected pohatu G2 mask.

they dont really look like world creators to me