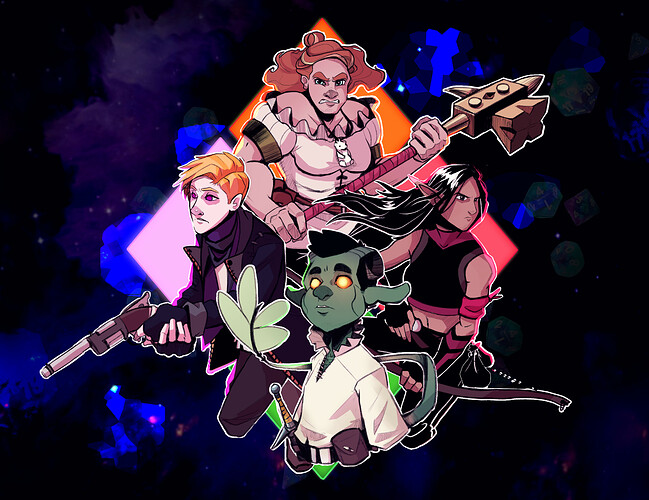 The gods are at war, an evil empire creeps across the globe, and caught in the middle are a group of remarkable individuals. Together, they’ll fight for the fate of the Material Realm and all they hold dear.

It’s been a long time since I’ve made a group poster for my D&D campaign, and a lot has changed both in-game and out since my last one back in…

Okay, so a loooong time.

So what, you’re not asking, has actually changed? Well, we’ve lost an entire player, for one thing. It’s one of the few times real-life circumstances have permanently changed the state of our table.

In-game, well…practically everything. A few of the characters have died and been revived multiple times. One of them is currently in a different body. The entire goal of our campaign has shifted at least two times, and currently we’re on the underdog side of an all-out war of the gods.

Which, we caused, by the way.

Heck, I’m currently not even playing my character featured here (the adorable little green boy at the bottom, if you didn’t know). I’ve got an entire other PC who didn’t make it into this group shot.

Speaking of which, here are the characters:

This isn’t every character in our party, but these four are the main ones. We also have two NPCs travelling with us, and my other PC Uriel (Celestial Warlock) who is heavily involved in the god-war stuff.

Sadly, such is the nature of larger-scale posters. A lot of stuff happens that I don’t have the time to put into the final thing, but I’m pretty proud of how this one turned out anyways.

Can you believe that I’ve been doing this cookie bit for 4 YEARS now?:

Can you believe that I’ve been doing this cookie bit for 4 YEARS now?:

Don’t care for DnD, but this artwork is fantabulous. It’s pieces like this that you’ve made which have influenced my character design process for the better (namely Connie-related stuff). Keep this up; my hunger for becoming a better artist without actually trying to be is never satiated.

And don’t wait a year and a half next time, mister

While I’m not a D&D person, I very much appreciate the art. It looks great. You have a really great style.

It’s pieces like this that you’ve made which have influenced my character design process for the better (namely Connie-related stuff). Keep this up; my hunger for becoming a better artist without actually trying to be is never satiated.

Thanks, man, genuinely. That means a lot to hear. I’m glad you enjoy the art and that it helps you as well!

While I’m not a D&D person, I very much appreciate the art. It looks great. You have a really great style.

I think I said this somewhere else, but I’m becoming more comfortable doing art the way I’m best with. I’ve tried highly-rendered painting styles and even more minimal cartoony styles, but I really enjoy the linework style of the pencil brush I use and some simple two-tone shading.

I’m glad it payed off!

It really did pay off, you have a very nice style, not just the colours and the shading but also the line art, character designs, composition and background.
The poses of the characters and facial expressions really give you a feel for them and what they are thinking, there is a lot of emotion.
Honestly you should be proud of your self cus this shows some real artistic skill. 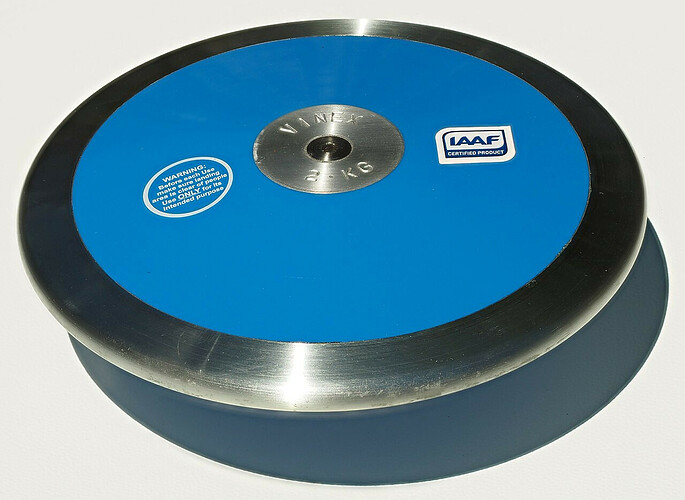 It has Connie so I love it.

This is dnd artwork i suspect EVEN THE GREAT AND MIGHTY DINGO DOODLES would enjoy.Also i am a dnd fan.

Also i am a dnd fan.