The “Death Singer” is a multipurpose, biotechnological, land based weapons platform, used by the Earians in their invasion of other planets. It is an absolutely massive vehicle, being over 150 feet long and weighing 40,000 tons. The vehicle of capable of speeds of up to 300 miles per hour, powered by triplet Shadow Drives.

On the behemoth’s “head” is multiple Earian style decorations, including; horns, crests, spines, and miscellaneous ornaments 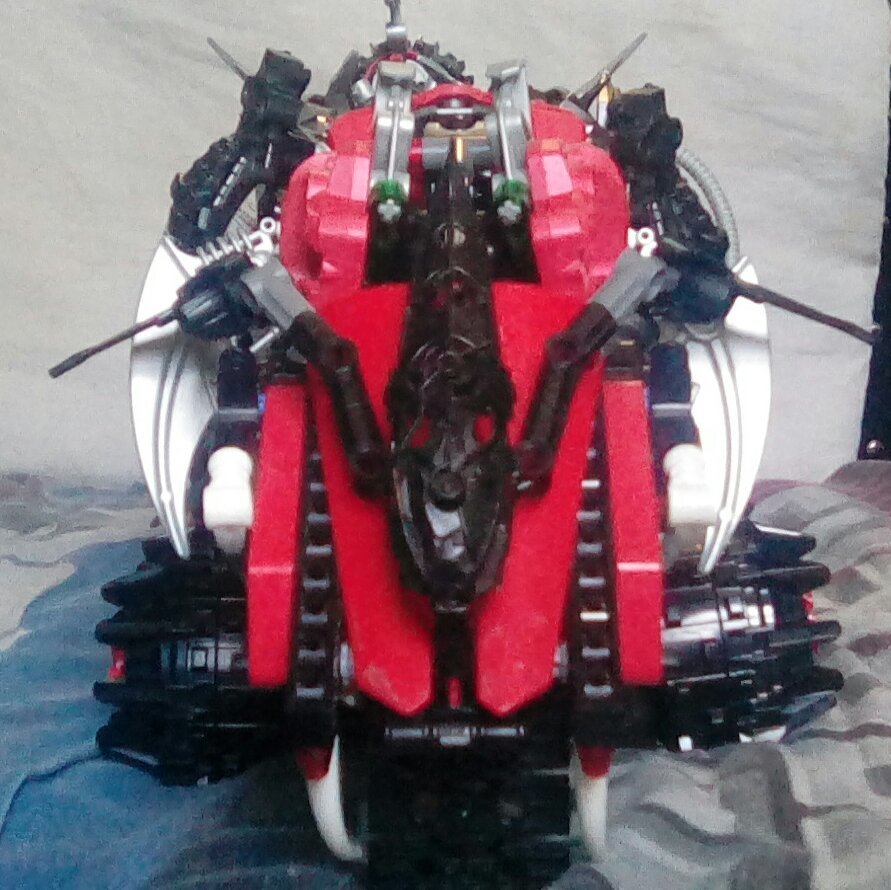 It is equipped with twin Anti-Vehicle assault cannons, hidden away behind its heavily armored side panels. 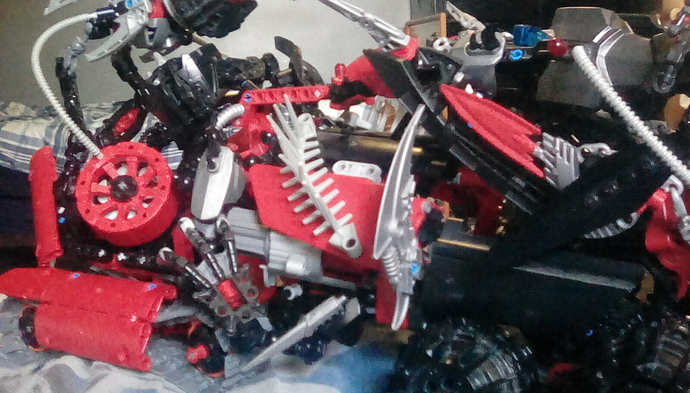 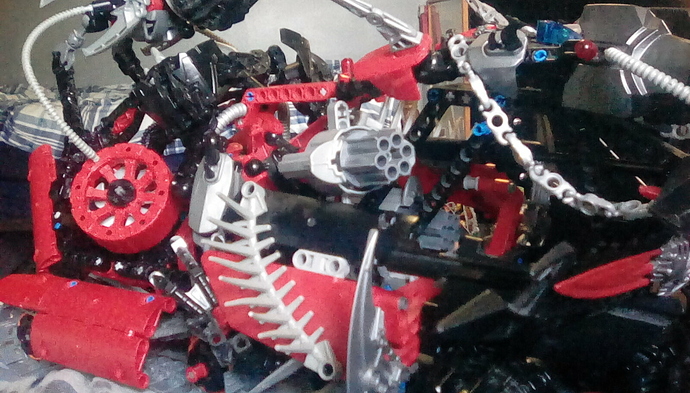 Its main form off offense is its Shadow Cannon; a hyper-particle void based ion launcher, firing a massive projectile like a mortar, or, in a seconary beam-like laser. 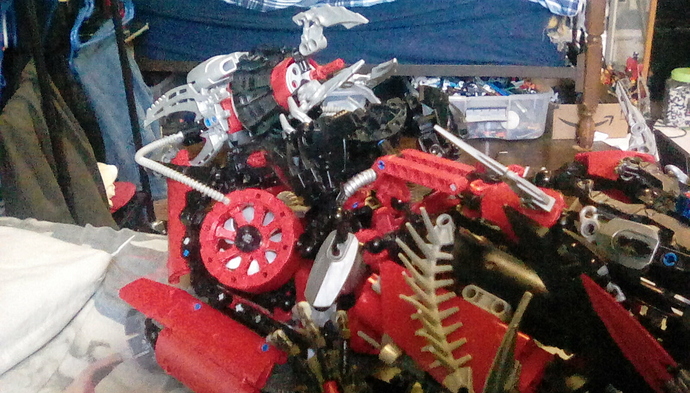 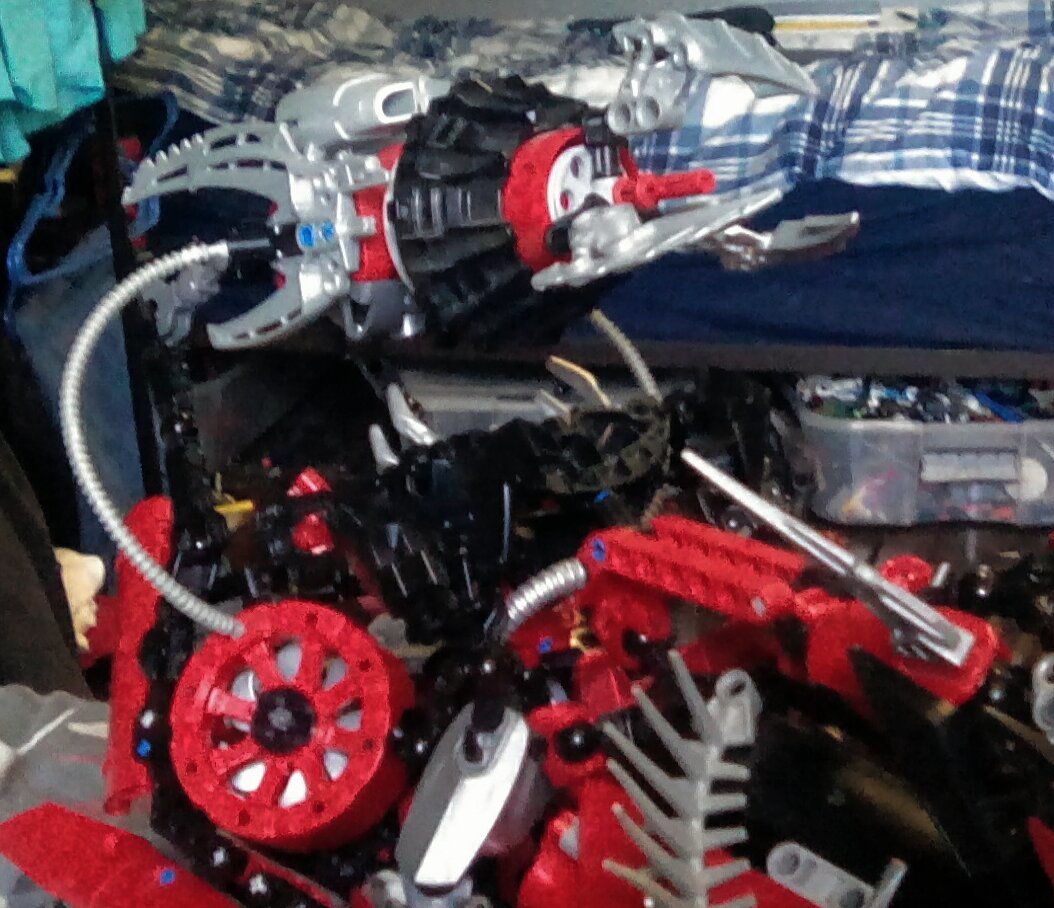 Its final piece in its arsenal of weaponry is an antiaircraft turret, located on the top of the vehicle. 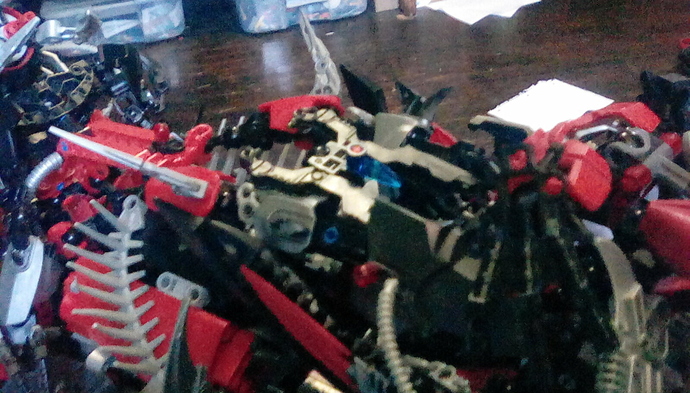 Besides being an assault vehicle, the Death Singer is also a troop-transport vehicle. Its maximum capacity is up to 300 infantry units at once, and has a vehicle bay to hold things such as tanks, transport trucks, heavy assault vehicles, and small aircraft. 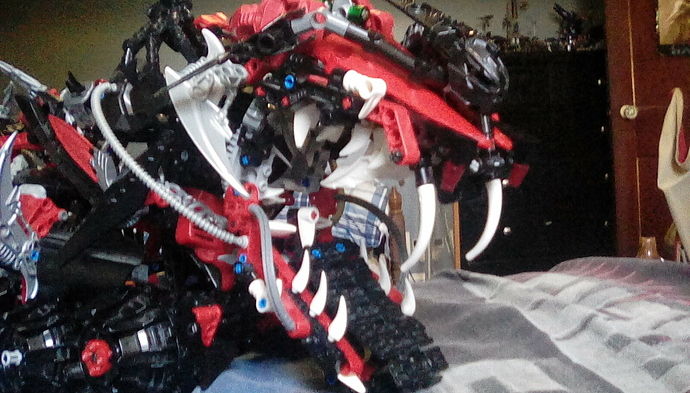 Being so massive, the Death Singer is rarely seen on the battlefield. Their massive size and relatively slow speed compared to Rebel vehicles of similar function make them virtually unneeded, however, the raw power this vehicles provides strikes fear into all that hear its mighty roar.

(This MOC took over 3 years to finish, going through 6 iterations and countless hours of redesigning and rebuilding. Its build with over 2,000 bionicle and system parts. I hope you all enjoy.)

The MOC is pretty epic. I can see how much effort was put into every little part. But it does feel a bit like a mess of awsome idea thrown together.

I’m constantly making updates and tweaks, this is not the final version

It kinda looks like a scrapheap on wheels tbh…
It really needs to be cleaned up, it’s just too busy.

Could you maybe make some pictures with a white Background and floor. because of how the Moc looks busy it’s kinda difficult to get a good look at it with the also busy background. it would also help if the pictures had less noise in them.

It does however look like a really cool vehicle

By my count it’s a little over ten.

May want to recalculate that math a bit.

I mean I’m a bit of a hypocrite here because a few characters of mine are really messed up overpowered but this just seems a little ridiculous.

MOC itself…it’s got some alright areas, but for the most part it’s really cluttered. Also it’s a vehicle with no driver.

The head on the front of a creature with wheels also looks really awkward.

Needs cleaning up mostly, I’d say. Get that down and you can proceed to something way cooler than what you’ve got now.

Jokes aside it’s pretty cluttered, but I commend the size.

It’s a rather interesting concept, but I feel like the MOC lacks any real cohesion. A lot of it sort of looks extremely messy, to the point where the part selection seems random.

The MoC is really messy, but in a good way. This reminds me of something straight out of Mad Max, and I love it!

I could see that in one of the Mad Max movies.