I don’t know if putting links to other websites for the sake of comparisons or explanations is ok. So please, moderators, remove them both if it isn’t allowed. (no sarcasm there, I don’t want to be breaking the rules of the only message board website I use)

Now, for the backstory to the build:

I love the game destiny, but I think the jumpships look terrible (see bottom of post for the exception). So I decided to build a jumpship I would like to have in game. I apologise for the bad camera quality but here it is: 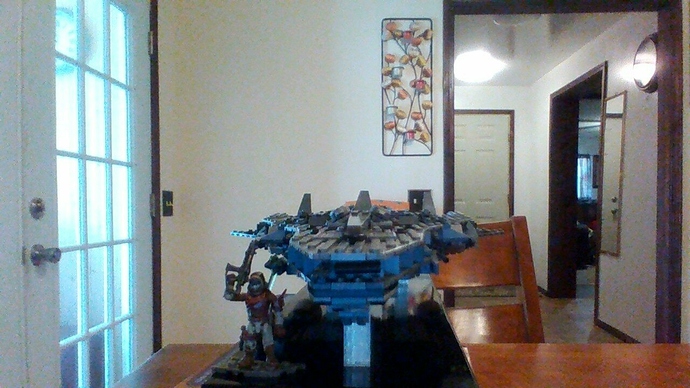 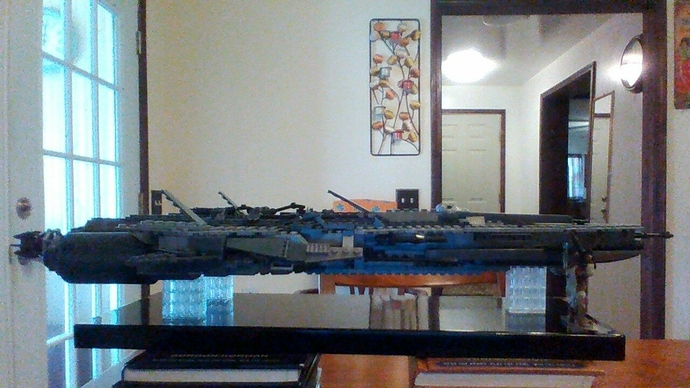 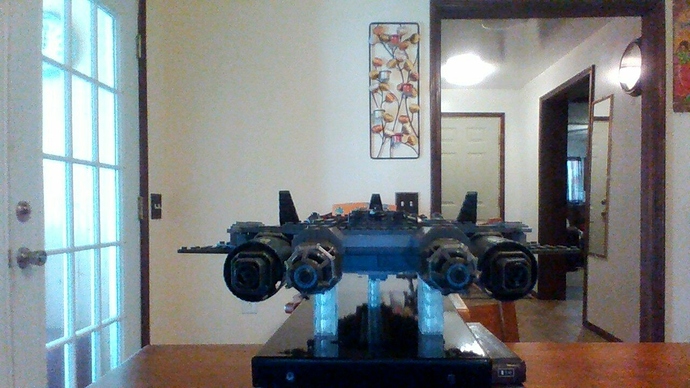 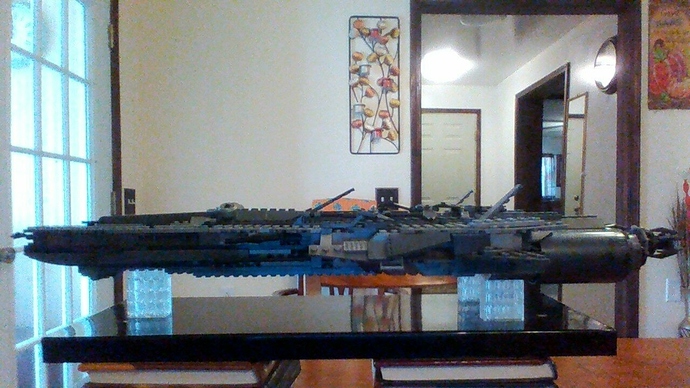 I will say that it is not in scale with the other jumpships in the game. It is about one and a half times as long as the Arcadia Jumpship from Mega Construx. I have it shown scaled by a custom Mega Construx Hunter figure. This build is about 2 feet long and about 10 inches wide. It uses an estimated 5500 pieces making this build which makes it have about twice as many parts as the average Signature Series (the Lego equivalent is the UCS series) set. This is not meant to have any action features, but a few parts of the ship are poseable. 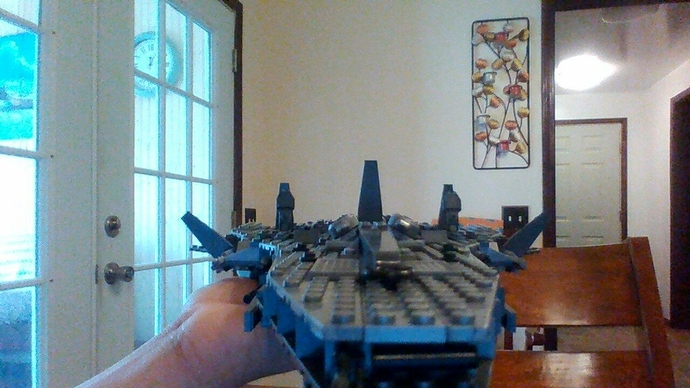 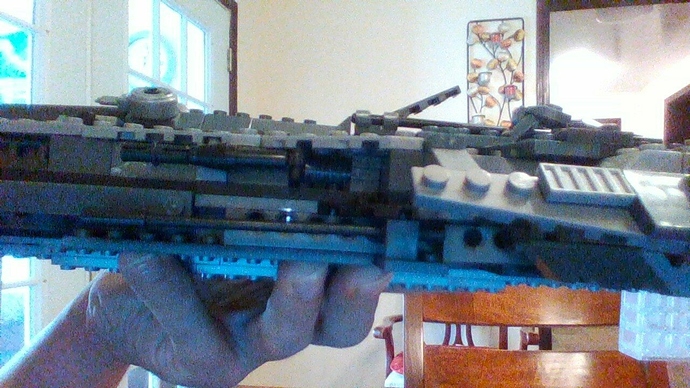 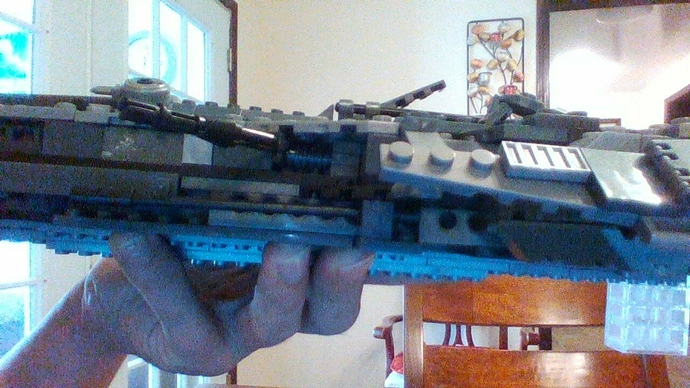 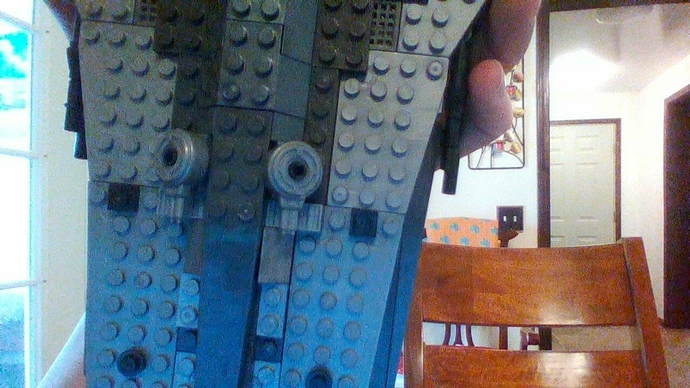 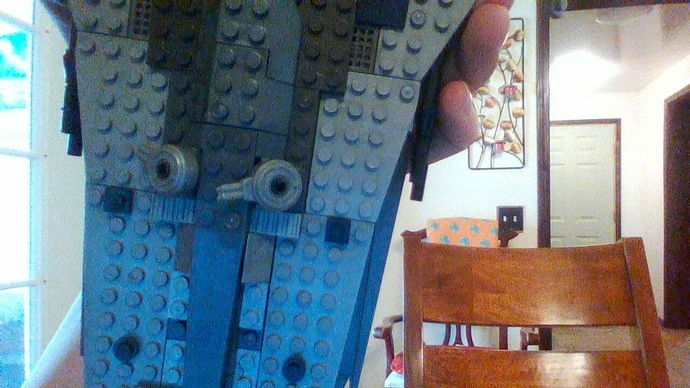 The build gets most of its details from the greebling on the top and sides, the bottom has hardly any detail on it at all, as this moc is designed to look good on a shelf. 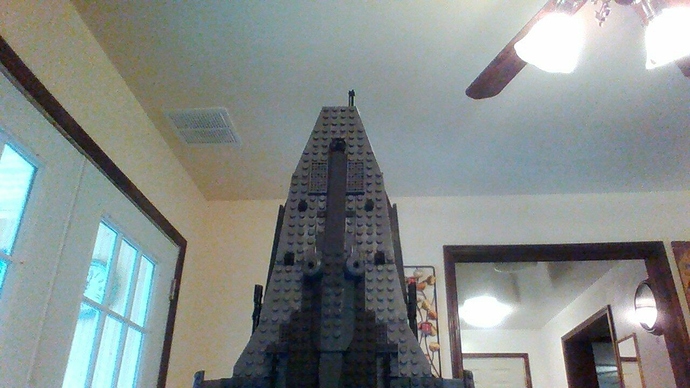 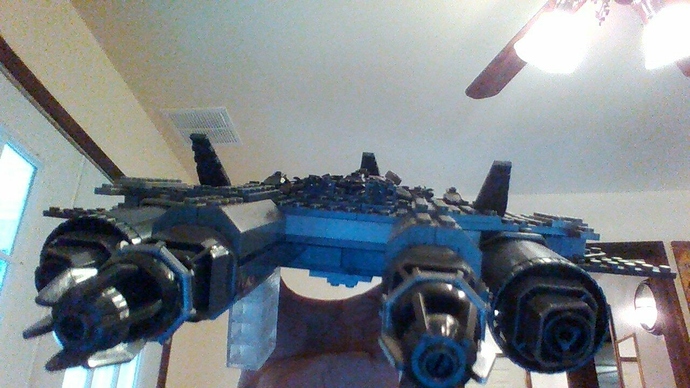 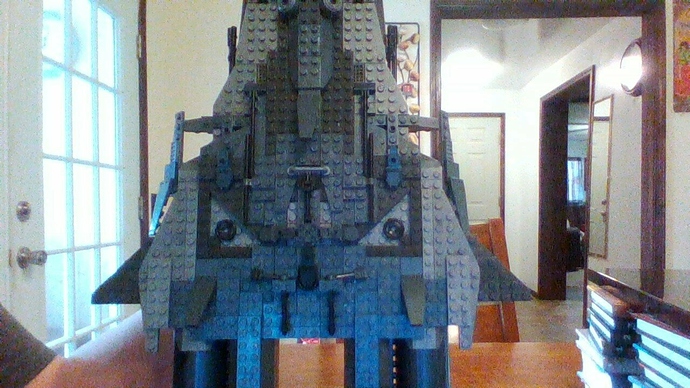 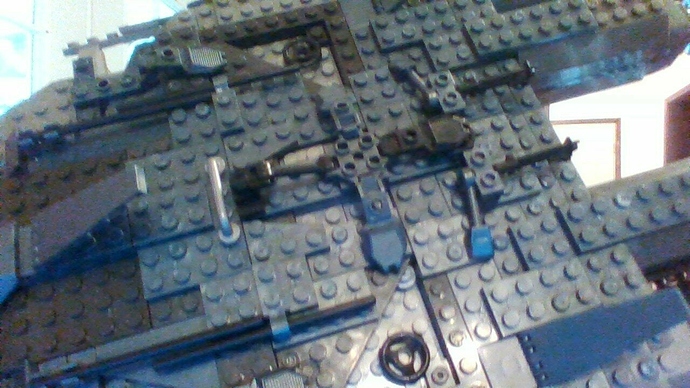 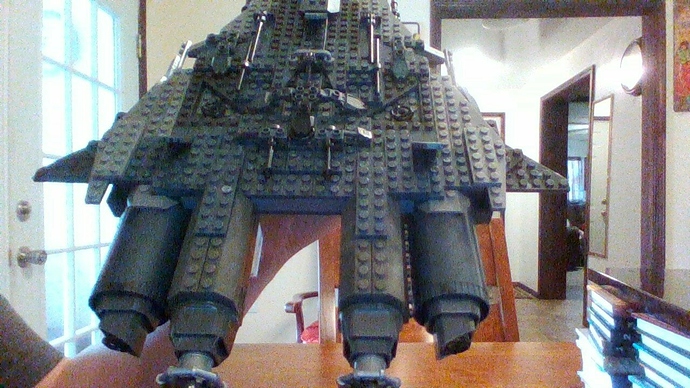 This build falls into the category of my builds that look a lot better in real life because my camera is terrible. It doesn’t come across on camera, but I am using a color scheme of silver, gray, black, and the grayish-silverish-blue that come in a few sets that use that color (see bottom of post).
I did commit one brand sin in that a few of the parts of the ship (Particularly the thrusters on the back need a few lego parts to finish the design, but hey, I bought the Lego and Mega Construx bricks, and Moc with them however I want.

All in all, I quite like the way this ship looks, and I’m probably not going to take it apart for at least two or three years.

The Exception to the “All the Jumpships look bad statement”
https://www.bungie.net/en/armory/Detail?type=item&item=526316384&itemname=“Quite%20Content%20Damsel”
and a few others

i like it, though the design strikes me more of a light cruiser then a jump ship

You know, you’re right. It does look like more of a light cruiser.

It is AWSOME, way better scale than the pillar of Autumn

Why thank you very much! I’m glad you think that it looks good, this thing literally too two weeks to design, sort my black, gray, silver, and grayish-silverish-blue parts. then it took two weeks to build it.

Though I don’t know quite what the inspiration is, it certainly looks great from what I can see. I would recommend trying to get a solid background and slightly better lighting so that we can see it in its full glory, though.