The Evolution Of BIONICLE/Lego Collections

Over the last 3 years at the end of the beginning of the new year I’ve been taking photos of my BIONICLE G2 collection, + a few extras (note this is only my G2 collection for the most part, but only the sets I have built it’s excluding the ones that are in pieces). 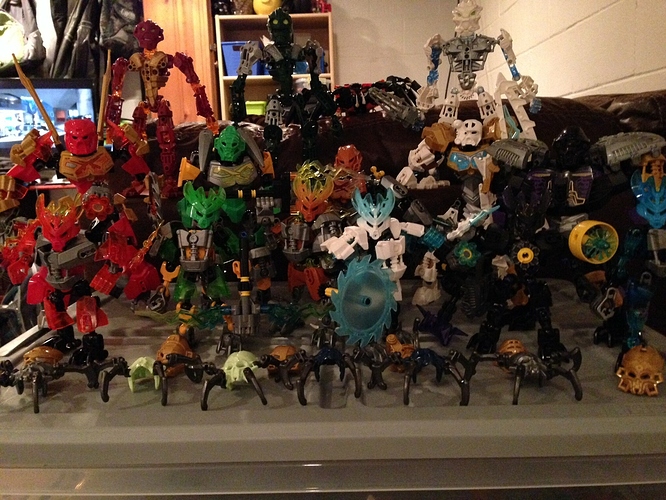 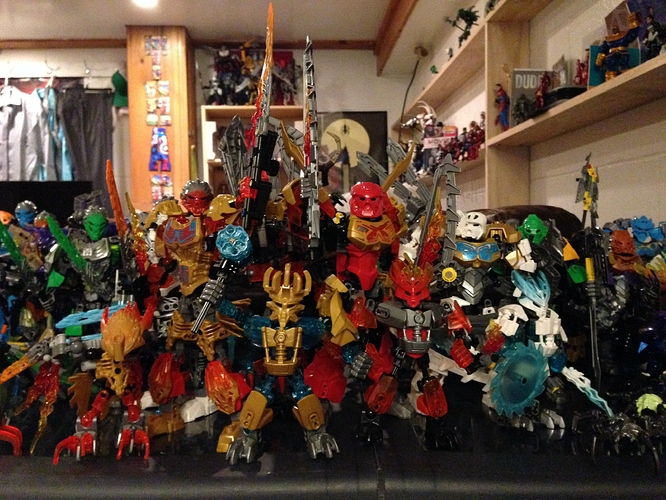 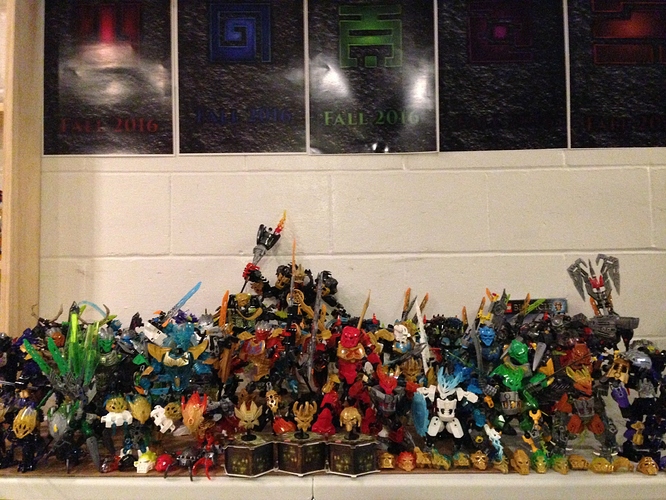 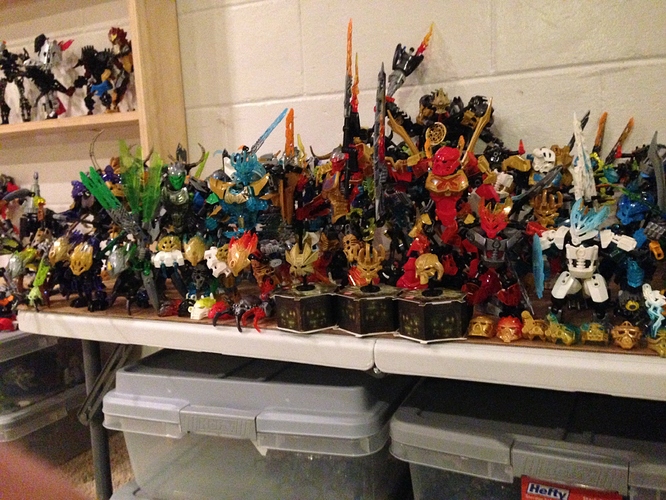 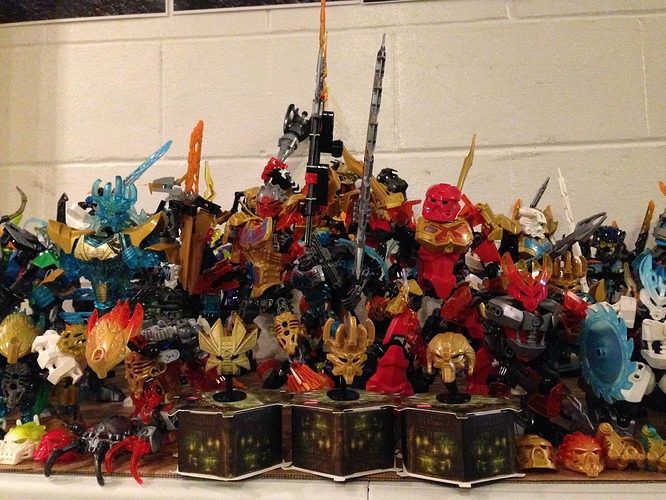 As you can see it’s really evolved. But this is interesting to see. How vast a change. I’m not here to brag, but I was wondering if anyone else had expirenced such a rapid change before.

That’s pretty remarkable. As for myself, my collection in 2014 was small enough that it could be fit onto a small cabinet in my room. Over the course of 2015 and 2016, however, I now have all of 04’, a good majority of 07’, and several sets from other years that have pretty much taken up what was once a bookshelf. The bookshelf isn’t that large though, so some of my G2 sets have been moved to a closet shelf.

Awesome! Thanks for giving you’re take!

Where did you get a mask of time G2?

I mean…never with BIONICLE, but I did get most of the HF IFB sets over the course of three months…

(I don’t have a single LEGO set assembled, MOCs are more of my thing…)

@LTVmocs 3d printed from shape ways, just like the MoUP

@RaptorTalon I’ll edit the title to include all of LEGO.

Looks a little cluttered, but its a nice collection

Reminds me of when I had my whole G1 collection on a couple shelves until about 2011. God, all that dust that gathered on them!

It is really nice to have sets on display, however, even better than all the canisters with the sets in them like I now have: 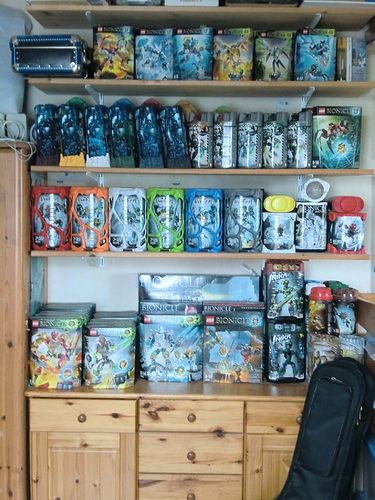 (that’s an old picture from spring/summer 2016, by now I also have the complete summer wave - also this is only the main shelf)

I once also took an experimental picture of all G1 Fire sets: 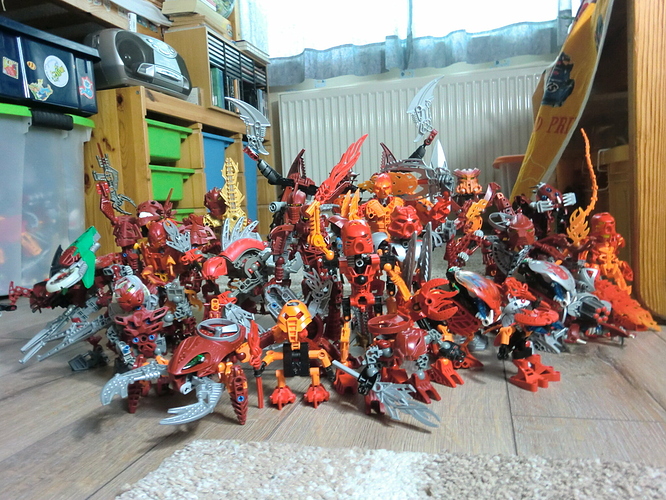 (missing Raanu and Balta, though, by now I own them, however)

I wish I could display everything like this, but i don’t have the space either. The biggest problem still is that dust, though…

I also found an old picture from spring/summer 2015: 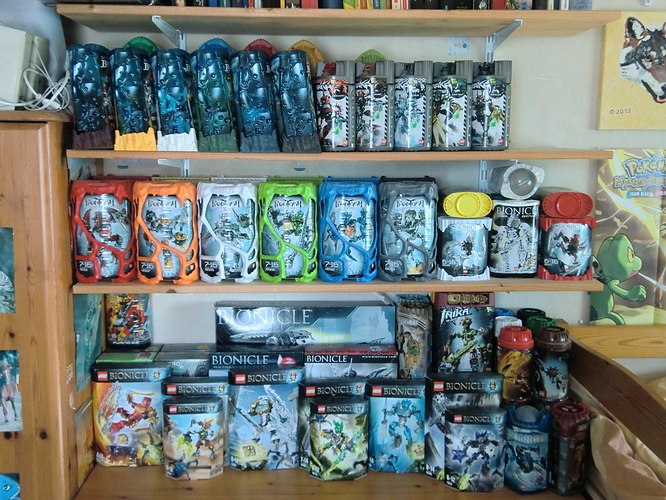 Yep, I haz the best collection.

I was persistant in the idea that I must own every set from G2. I guess I felt that I owed lego and bionicle for all the good times, but I collected all of them, except for one… Quake Beast. For the love of all that is holy I couldn’t find Quake Beast anywhere. Not Toys R Us, not Target, not Walmart, nowhere. My mom got it for me for Christmas, and I felt complete for some reason. I now own every G2 set released… except for polybags.