Aw heck, why not?

The ancient one, Helryx, was assembled on the island of Artahka by the Great Beings. It was her destiny to watch over Metru Nui, but her tasks would soon extend to more than just Metru Nui. Eventually she would become the leader for the Order of Mata Nui. 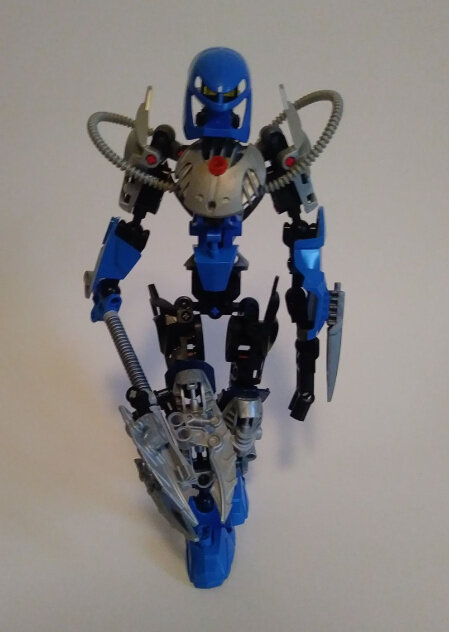 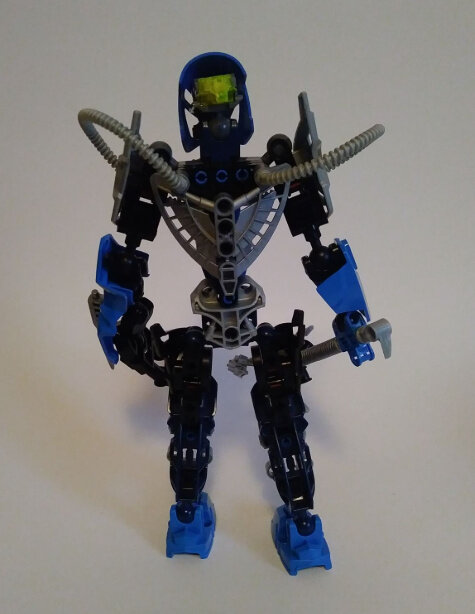 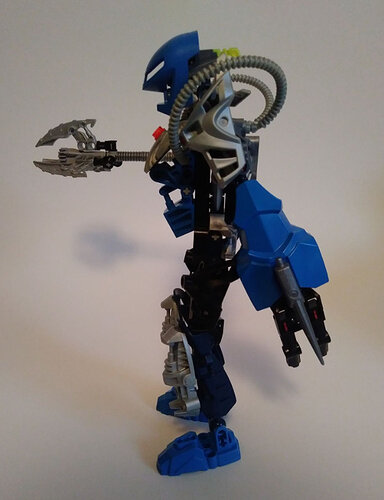 image566×736 102 KB
Before you ask, “where is her shield?” Look right at her left arm. Her arm is the shield! I decided it made more sense for a Toa of Water to be wearing a buckler for her armor, since she has so much swimming to do. Lugging around a big ol’ shield is annoying unless she wants to surf. She also has a robotic hand to reach beyond her shield. 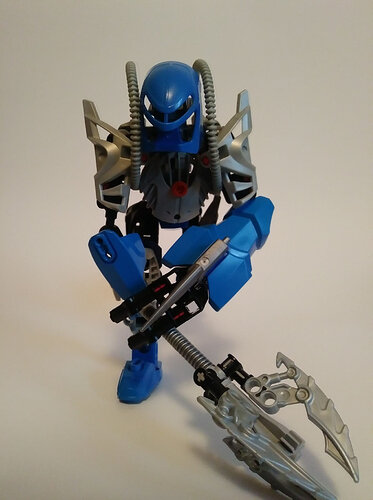 image1530×2048 308 KB
A buckler is much more practical when she will be clubbing with that big ol’ mace anyways. 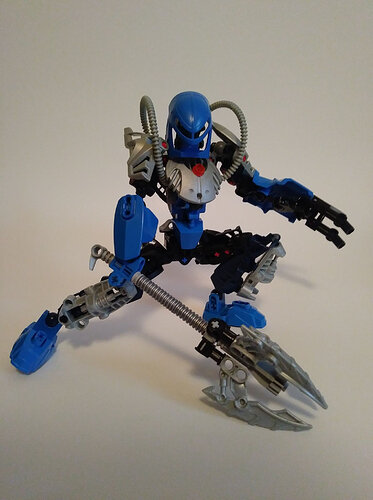 image1530×2048 376 KB
With the left arm I felt the need to add the mata hand solely because it felt appropriate for an older styled Toa. It was hard to keep her frail, so I used her arms and legs for that. 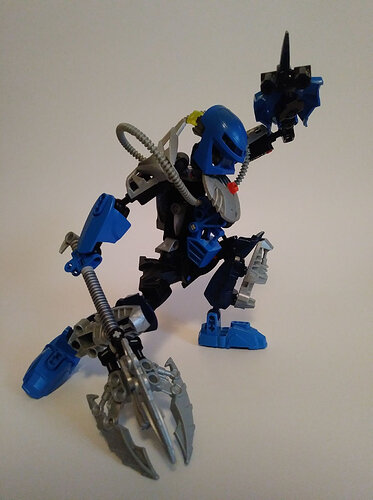 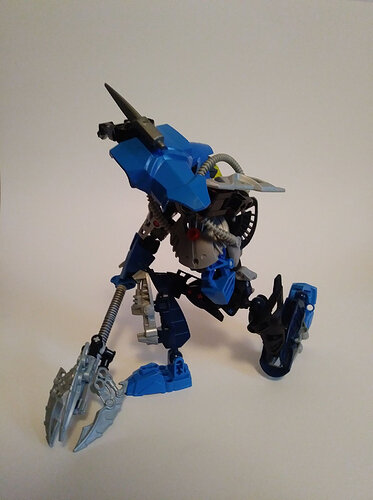 Alright Helryx, now for the breakdown. Are you ready? 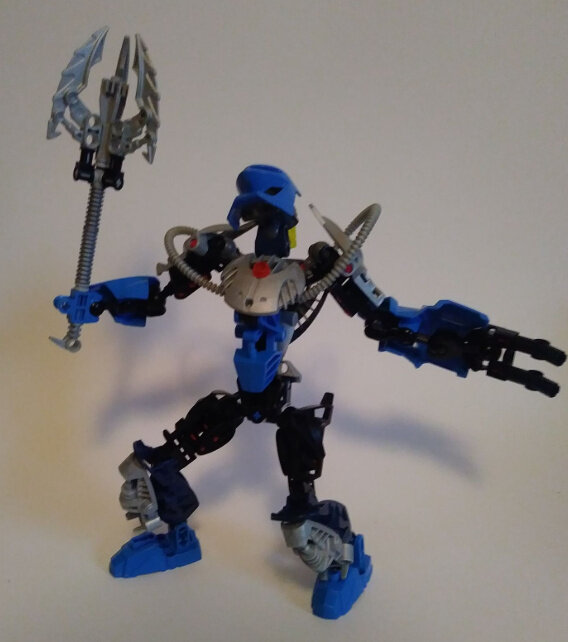 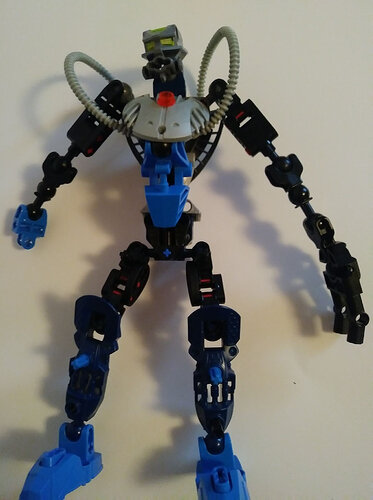 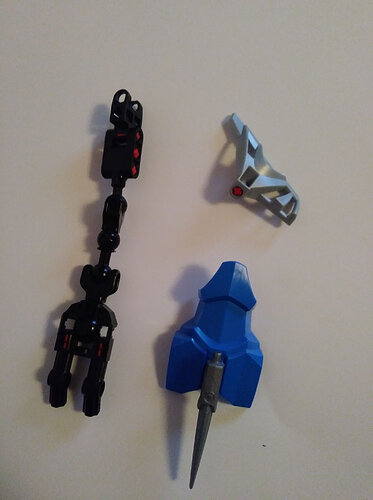 image1530×2048 321 KB
The left arm is quite a simple build. In fact, the whole thing is simple. I took two flat bars, used the + connectors, and then a glatorian neck for the top of the arm to make it seem less bulky. The CCBS arms also helped give that effect. Then you have that armor to attach. 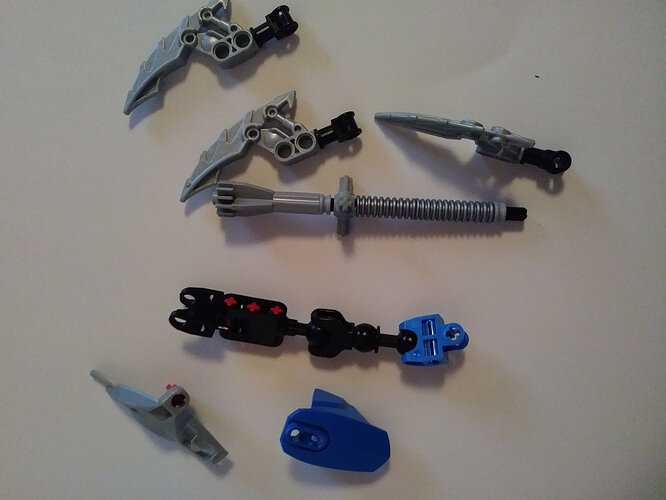 image2048×1536 362 KB
Right arm is the same except with a shorter arm. Also took apart the simple mace for you guys. I forget where I got that rutter piece at the end, but I felt it was fitting for a Toa of Water.

image2048×1536 308 KB
The legs are asymmetrical, like the arms. I used a thicker bar piece for the inside of the thigh, and the shoulder armor in black for the outside of the thigh. The Metru piece goes on by simply using two connector pieces on the Inika leg. There is a gap above the Metru foot connector that keeps it in place. Try it for yourself, it’s a nice snug fit. 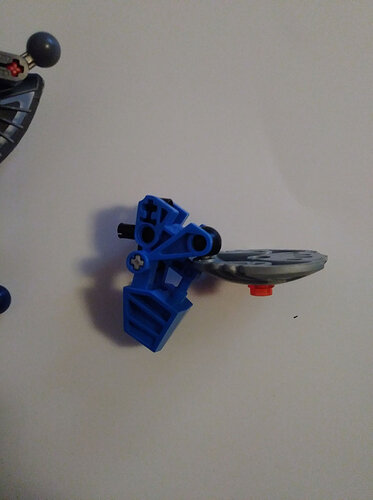 image1530×2048 300 KB
The chest is very simple too. Mata foot, ball joint, Bohrok Kal shield, lego stud, and a bar piece that is placed in the gap of the mata foot. 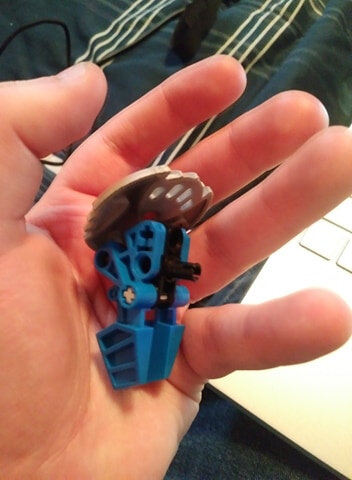 Here’s a clearer shot of that. 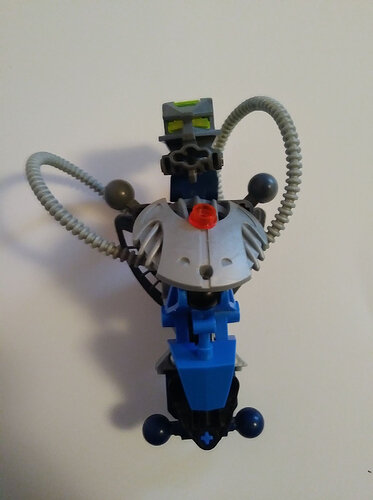 image1530×2048 244 KB
I felt it was thing enough to give a feminine physique without going overboard. Also was still trying to be frail, but that is quite challenging! 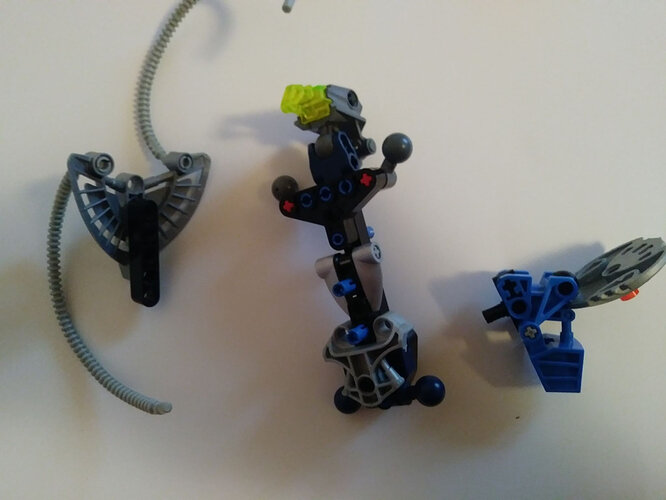 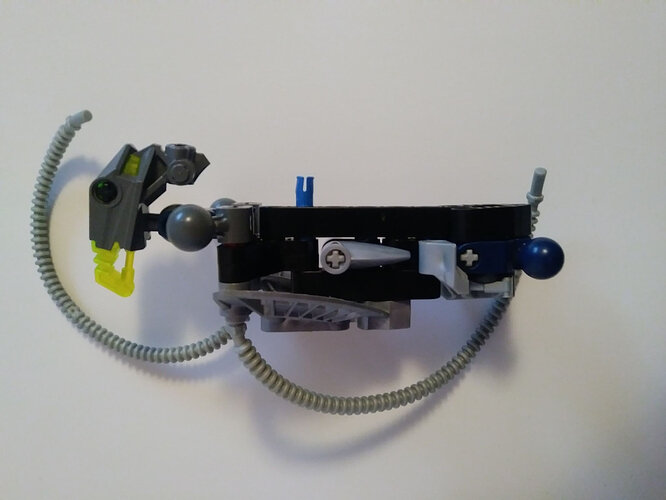 Anyways, that is my rendition of Helyrx. I doubt I’ll win the contest, but it was fun to finally build a BIONICLE character after such a long hiatus of doing so! Comments and critiques are appreciated!

Interesting design! I really like how you used the Mata foot piece for making the chest piece, good job!

I forget where I got that rutter piece at the end

I know I got that piece from Alpha Team: Mission Deep Freeze sets, but it probably existed beforehand in a sea theme or something like that.

You heard my praise on Discord. I will reiterate with a well done.

I love the front of the torso