The Game of Go 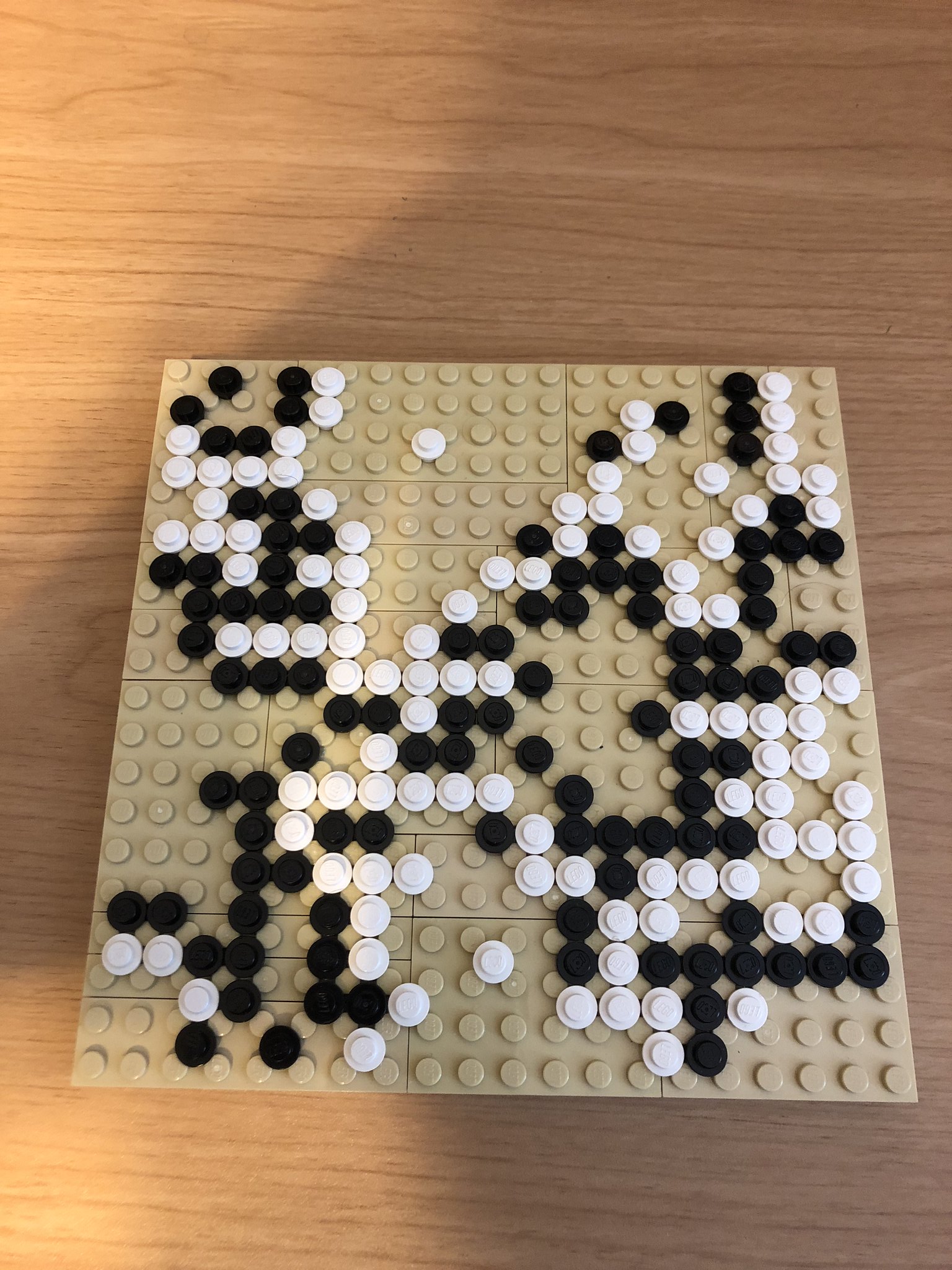 Go is probably the oldest board game still played today, originally from ancient China. The object of the game is to secure territory by placing stones on the board. However, a stone or group of stones will be removed from the board if it has are no adjacent empty spaces.

I picked up a Go app at the beginning of the year, and I’ve had been playing it quite a bit since the pandemic started. Making this MOC marks the first physical game of Go I’ve played, and the first time I’ve attempted to score it manually. I expected to run out of white and black studs about mid game, but managed to play it out to a full game, with very few captures made.

I prefer chess tho

This is really cool!