Finished this a good while ago, but still haven’t posted it to the boards, so here it is. 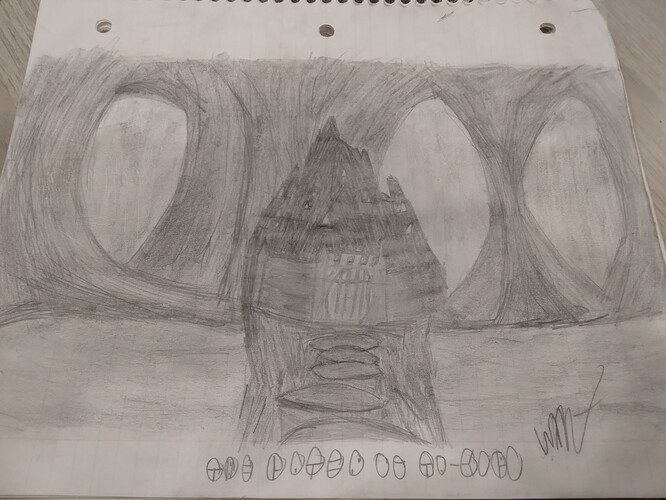 The ships remind me of something from FTL.

Its based off of some art I saw for Lancer: Battlegroup when it was still in prerelease. theres official art now, but they totally butchered my boy (Harrison Armory’s Louis XIV class dreadnought), so Im sticking to a modified version of the one I saw before full release.

Since that is my battlegroup Im going to be running at some point here, I do have story for each of the ships and their crew, and each ship is of course named

Ah this looks pretty good! I love the shading used and it looks accurate. nicely done!

Most of my drawings are recreations and/or slight modifications of reference images. I mostly do them cause it’s fun and I can make some changes if I like, not to be super creative. I can’t really draw very well straight from my head, I need something to work from.