(With this I made quite a few changes, I took the golden collar off and replaced it with light highlights of gold spikes on the head. I also filled some of the gappyness on the torso. I added a tail as someone suggested. I changed the lower legs to a more bulky and satble design, and with the wings/arms i mad them longer and added a small folding feature on the feet/ankle making the wing folding for flight easier.) The Golden collared Ice Phantom Wyvern is a wyvern that likes more secluded cold areas, It only ever socializes when it’s time to Breed. And they do not view breeding as that necessary or “pleasurable”, and if they socialize with any other creature that’s not to breed it’s to find food. They even go as far as to leave their eggs in separate nests miles apart and don’t check on them ever. They have sacrificed their ancestors ability to breath fire so that their insides are always heated, so they always have a micro fire burning in their chest. If you were to stare down their throat you would be able to see a faint orange glow. While they are able to fly without succession, they can use their muscular legs/wings to swim though the icy water to hut for marine animals, Sea dragons, or even other Snow Phantoms. They have also developed a large coat of thick white fur to keep warm and camouflage. They do however have an Eco location like ability however where they can feel warmth through the ice crystals in the air to find more food. They have developed special wings that cant be retracted but act as an extension of their front paws. 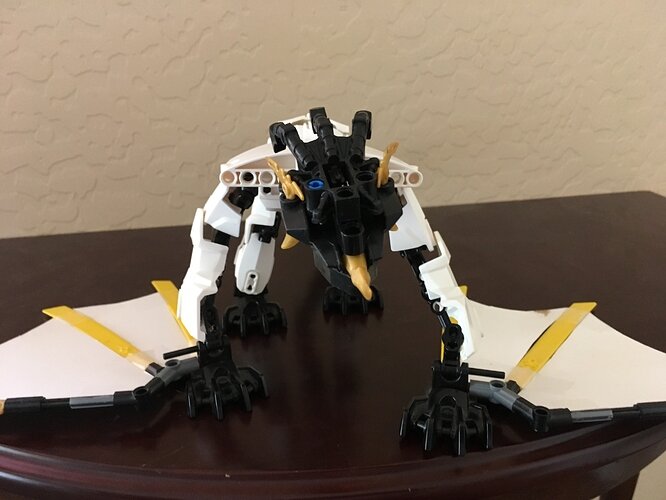 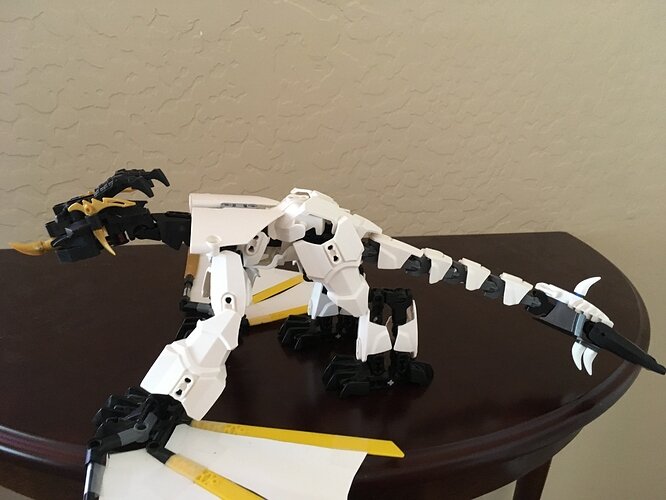 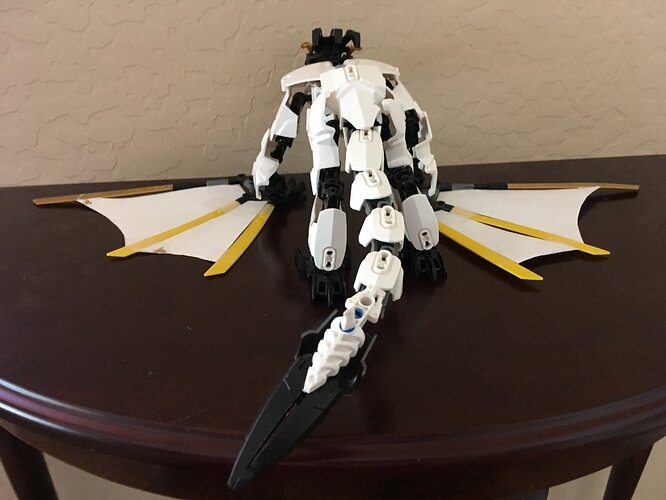 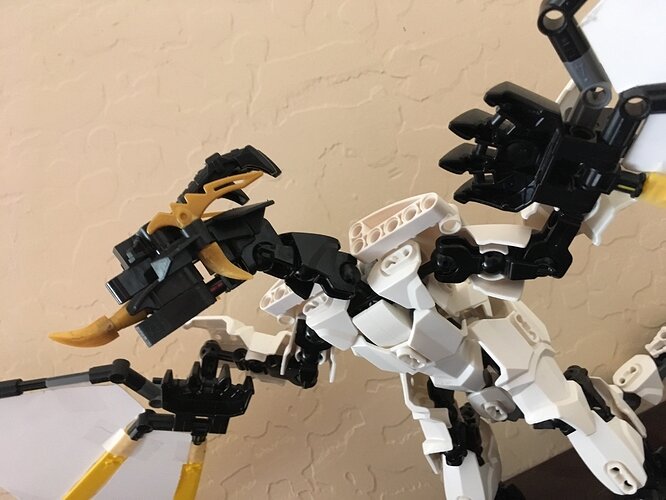 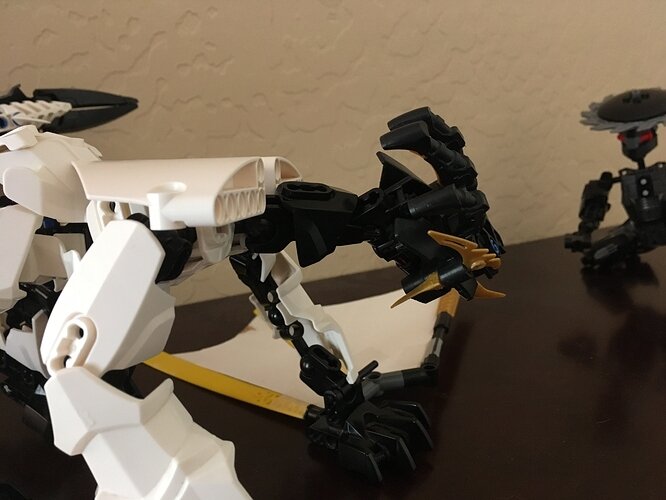 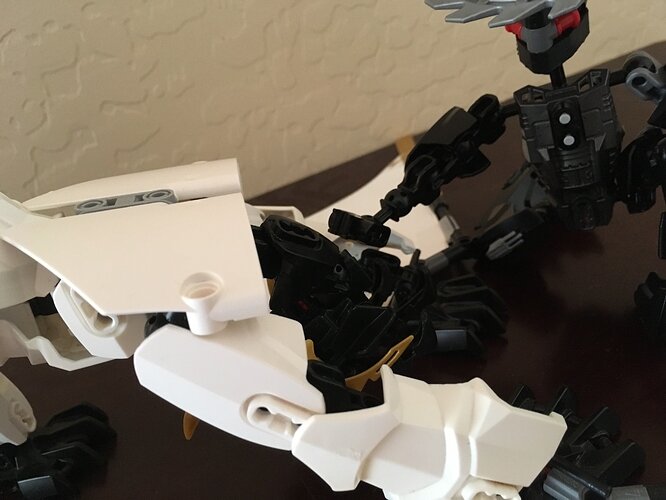 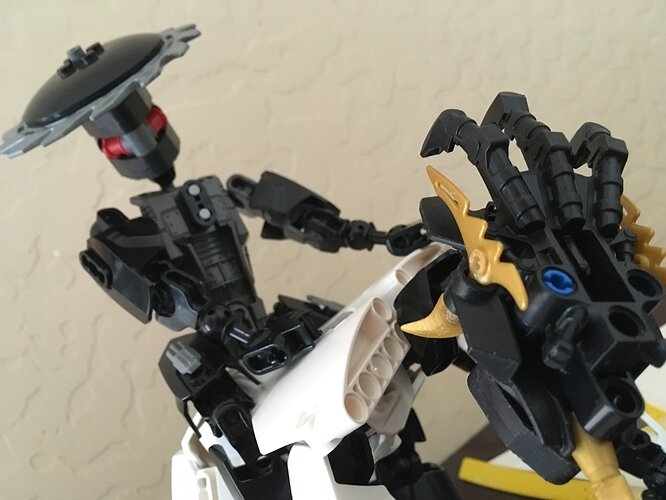 Thanks, although personally I wish I could work in some folding wings

Eh, it works just fine for me.

Those wings are great my dude, if you want them to fold, perhaps try using ball joint connections?

Thank you and That’s a good suggestion as they do allow proper movement, but I was more thinking some 1 angle elbow pieces to help stabilize movement. Not to mention there’s still figuring out how to make the wings fold without it looking cartoon like or without it ripping

Looks great! i like that you made a custom head!

Thank you, I tried my best to be original with it. Wow first topic in a long time to not have any negative comments, that’s a milestone.