The Great Work: a Tales of Glory and Valour short story.

Hello, I wrote a short story for your consideration showcasing the main villain for my RP tales of glory and Valour: the Seafarers. Feel free to check it out and maybe join.

Caeseus woke, chained to the wall, in an almost shockingly clean room. So clean he had to check his arm to see if it was still missing, surely there’d be some traces of blood if it were? As he looked around, he took in a few things.

There was a large chunk of stone, with a mural embedded into it. It leaned up against the wall, clearly out of place. near the mural there was a small table with 2 goblets and a jug of some sort of drink.

Seeing there was little else to the room, even lacking a door, he began to examine himself. Alas there was the stump of his arm, it too was too clean. “Looks healed by a week” he muttered.

“…and yet you’ve only been my prisoner for a day” a voice said from nearby, finishing the sentence for him. A man previously unnoticed by Caeseus stands elegantly from the little table in the corner. He is of average height, with a thin build. In one hand he cradled a cup of wine gingerly, in the other a heavy blade. The man hardly seemed to walk, so much as glide towards him, leaning close to inspect the missing limb. “Yes, some of my Mage’s finest work, I do dislike seeing the aftermath of my interrogations. It has a tendency to leave me…. Hungry.” As he punctuates the sentence he gives the wine a gentle swirl, takes a sip, and meets Caeseus’ gaze.

He had the refined features typically associated with the nobility. With raised cheekbones, a strong chin, and wavy black hair. He wouldn’t have been out of place in any formal event Caeseus could think of. His smile, so deceptively friendly, did not extend to his eyes however. Leaving them cold and dead, as they examined their quarry. Caeseus needed no introduction.

“Admiral Ghalwyn, of course.” He coughed, wincing as he noticed how parched he was. “I’m surprised I’m still alive”

Ghalwyn chuckled. “Let us not be uncivil, it is rude to discuss business before pleasantries. You know my name so you have me at a disadvantage. I know what order you hail from… but I don’t know you, Mr…?” He let it hang there attempting to prompt an answer

“Caeseus, Third Tongue of Tharwyn” the priest practically spat his answer at the man. “Why am I here?”

“Ah ah ah!” The Admiral seemed to be genuinely enjoying this. As he slowly sipped at his drink. “We still have more social protocols to observe, you don’t take me for some, gutter rat playing at a lord. Do you?” He walked back over to the table, and set down his knife. “Now, let’s see… ah yes, before you awoke I was working on improving this ancient mural. Very important piece of history, you know. Even more so when I’m through with it. Would you like to take a look?”

Caeseus glared at him and tested the chains, longing to cross the room and throttle the Admiral.

“Goodness me, how inconsiderate!” His smile faded to a little smirk. “Guards! Come relieve this poor man of his chains will you?” The Admiral turns to face the mural, as if goading him on.

Caeseus’ head swam as there came the sound of a latch being opened. He couldn’t see clearly enough to tell where the door was, all he knew is when his vision cleared, two guards stood in the room. These were not Armada sailors they were the Admirals private force. They wore black gambesons, dark oiled chain, steel caps and those ridiculous capes that had started to become the fashion in the north. How are they not a liability in a fight? He thought to himself.

The guards walked over and removed the chains from his good arm and feet. They dragged him upright and marched him over to the mural. Then backed off, staying one short step behind him. Caeseus rubbed the stump of his right arm… When did I lose it? I remember that much… but I don’t remember how. As he thought he idly contemplated the mural, Mariner’s Triumph, a familiar enough piece.

Except it wasn’t, the closer he looked the more details were just, wrong. Mariner’s war host, instead of being portrayed winning the day with skill and grace, were arrayed here in a way which suggested savagery was their way. Longswords being used like clubs, combatants following a path of bloodlust rather than a battleplan, and worst of all, unbearable brutality used against the enemy. It turned Caeseus’ stomach just to look at.

“Do you like it?” The Admiral asks, knowing full well what was going through the priest’s mind. 'I call it “Mariner’s folly” where his coalition resorted to their dishonourable ways against the noble forces of the Armada. Such a display ended up being what galvanized us into breaking that coalition."

“No” Caeseus looked at him in shock, unsure if the Admiral was mad, or just ignorant. “Mariner beat back the Armada, his coalition became an empire in it’s own right! They impressed the King with how well they fought, enough for him to swallow his pride and offer an alliance. The alliance the modern Armada was built on” he was breathing heavily now, it was clear this was a ploy to put him on the backfoot, and it had worked.

“Ah yes, that is what happened isn’t it? Pity, history won’t remember it that way. You see, why would anyone believe a reproduction, when this is the verifiable original?” He continues before the priest could interject. “Oh yes, I would dare, this mural is thousands of years old, who would ever think to say it’s the fake version? Besides, so few people even remember the stories of those days, and those who were… well they love to be told the things their parents forced them to learn are wrong.”

Ghalwyn took a moment to take an extra long draught from his cup, as if to remind Caeseus how thirsty he was. “Now, I’ve told you what I’ve been up to, what about you? What were you doing before you ended up here?”

“Nothing” growled the Priest, flexing his one hand, “and you have no proof otherwise”

“Oh don’t I? Guards, bring in my… proof” Caeseus’ head swam again as the door opened, no coincidence he decided, it’s a defense mechanism of some kind, to prevent me from finding the door. He thought to himself as his head cleared, and the door was again perfectly flush with whichever wall it had come from.

Standing in the middle of the room, draped between two more guards, was a badly beaten Individual he recognized as one of the shipwrights Tharwin had hired. He knows about the mission the expression that crossed his face was all the confirmation Ghalwyn needed.

“You were going to bless a ship weren’t you?” He spoke softly, and Caeseus could just hear the rattle of another set of chains behind him, holding what he didn’t know. “Where was the ship heading? Nihilis? Securis? Tell me where”

Caeseus gritted his teeth and spoke with as much strength as he could muster. “No, go ahead. Cut off my other arm, I still won’t talk” he ended his sentence with a sneer.

“Oh I know, you seem quite resistant to physical pain… that’s why I’m not going to hurt you. I’m going to hurt the ship wright. As a Priest you must have some sense of compassion?”

Dread. Cold dread flooded every inch of his body, he couldn’t just stand here and watch him torture her. “Please, I don’t know anything they just asked me to bless the ship”

“Bless the ship? Well in that case fine, you can leave” The Admiral raised an eyebrow, “Come on, do you really think I’d believe that? The third Tongue of the Hearthtemple doesn’t know the exact nature of the mission? You, ship wright, tell him what you told me, about the crew that showed up. Who was it comprised of?”

The woman raised her head, “There was a… pair of young 'uns, one missing an arm by the looks of it. There was a woman… Caelin by the looks of her, a bandaged individual, and an older man… with blades for arms.” She cringed, as if expecting a blow.

“Three of those I am… personally familiar with” Ghalwyn smiled, “They were once some of my favorite experiments” he leans forward, “You cannot expect me to take this as coincidence, Caeseus. Three of my escaped pets, gathered on one crew? You’re planning a strike against me, against my position, I won’t have it. I will not share power.” He gestures to someone over the Priest’s shoulder.

There’s an odd shuffling sound followed by the clinking of taut chains. Something was straining forward with quite a dedicated purpose. As it entered Caeseus’ field of vision he recoiled.

There was an abomination being guided by yet another 2 guards. It had the body of a human, but it’s feet had been replaced with talons, the mouth with a cruel beak, and the arms with wings. If that wasn’t bad enough, it was also on fire.

“Those 3 lost pets were just a trial run, this is the finished product” Ghalwyn says with relish, “Suncursed, I call them, all the benefits of the sunblessed, with none of that annoying, ‘Free will’ that makes them hard to control.” The Admiral raises his hand and points at the ship wright, “Kill” he says simply. The guards drop the chains.

Caeseus can only watch in horror at the scene before him, eventually the guards take up the chains again and drag it away. Leaving little left of the poor dock worker. “What kind of monster are you?” Caeseus whispers

“The kind that becomes a God” Ghalwyn chuckles, "Very well, call the mage, this one is no further use to us, he shall serve in another fashion.

Again, the priests head swam, as Ghalwyn left the room, “oh and one more thing” he calls back, “He won’t have to worry about wasting any sedative” the door slams shut.

my favorite character was the [information redacted]

Question: was the censored word necessary? If so, was actually inappropriate or just something close to another word?

Other than that, this is a nice story, perfectly demonstrating why the Admiral is the villain. His cruelty and ego make him quite a terrifying person.

It’s a job title the censored part is Ship…

Wright
Not inappropriate. Just close to

“There was a… pair of young 'uns, one missing an arm by the looks of it. There was a woman… Caelin by the looks of her, a bandaged individual, and an older man… with blades for arms.” She cringed, as if expecting a blow.

“Three of those I am… personally familiar with” Ghalwyn smiled, “They were once some of my favorite experiments” 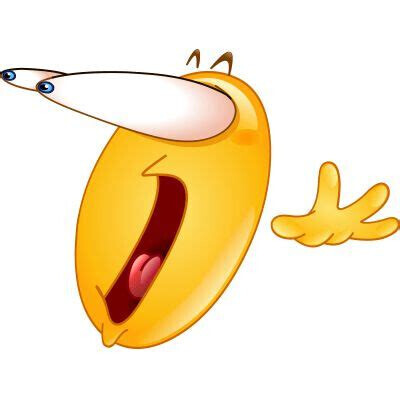 Interesting… maybe I should get that post out so the rp can continue?

please yes, that’s all I want. All the time 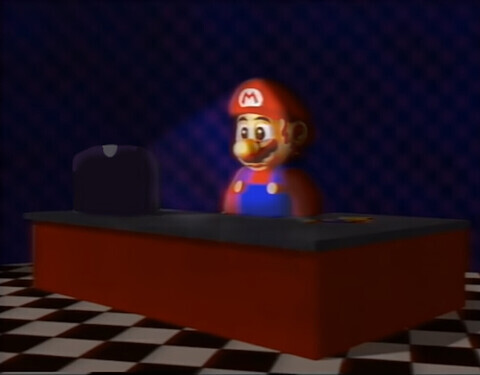 Ooh, very interesting. So this Admiral Ghalwyn is who we’re up against…

also nice story, I really liked it. and I should probably get to posting in the rp

and I should probably get to posting in the rp

That’s what they all say

But will you post? That’s the important part lmao