The Guardian of the Earth

"The sky thy tremble scattering dust.
Voices call out his armor it rust.
Champions fight and heed thy call.
Yet inevitable thy try to stall.
The earth its beacons as death devour.
Here thy stand in our final hour."

So there I was watching some Japanese clips from the Pokemon XYZ anime and I thought to myself, "hey Zygarde is pretty cool.
I think I just might steal that /s
So I dug out my Umarak the Destroyer, pulled him papery and threw together this thing.
Front: 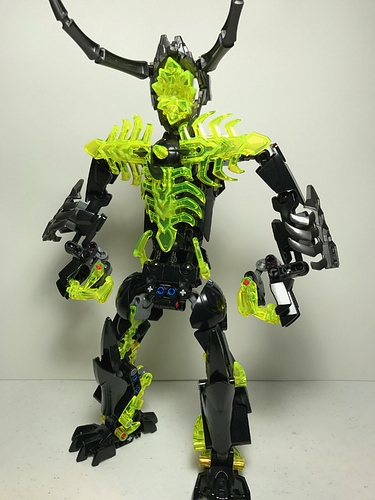 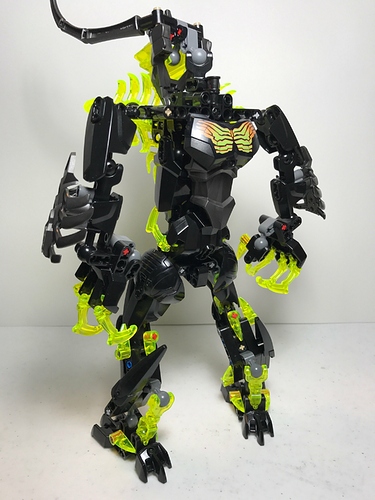 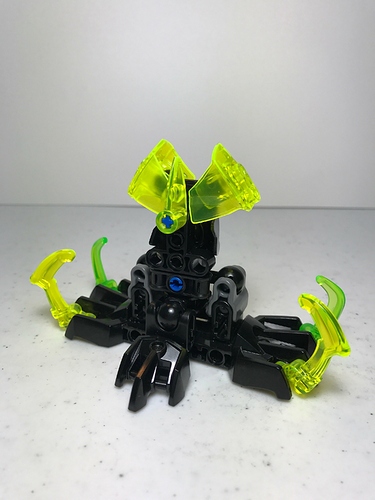 image.jpeg2250×3000 827 KB
But what is this other thing?
this lets me Segway into the concepts of this guy, and the title really does kinda give this guy away. But wait! There’s more! 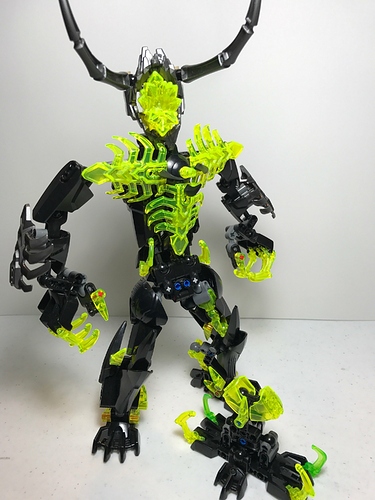 image.jpeg2250×3000 1.04 MB
dont talk to me or my son ever again
scattered all around the world are these stone structures called pylons or in some cases referred to as monoliths. Each one draws it’s energy from the Earth and can assess potential dangers to the planet. Each one communicates with the billions of other pylons out there and if a threat is deemed to dangerous they expend all of there energy that they awaken The Guardian and transfer all the energy they have been gathering for malenia to The Guardian to protect the planet. Note that The Guardian is meant and will only protect the planet. Not humanity or any form of life. It is the dirt protector and that’s it.
Also note that when I mean “Earth” I’m not necessarily talking about our Earth it’s just that that the “Guardian of the Planet” doesn’t quite roll of the tongue.

He also has a chest lazer 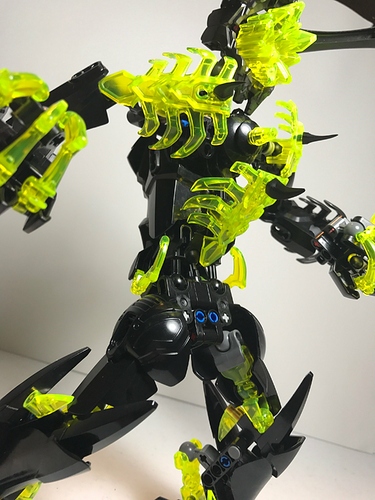 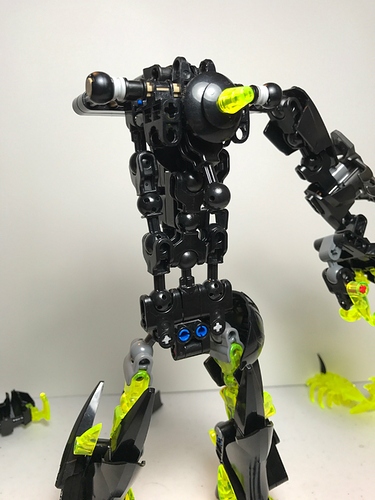 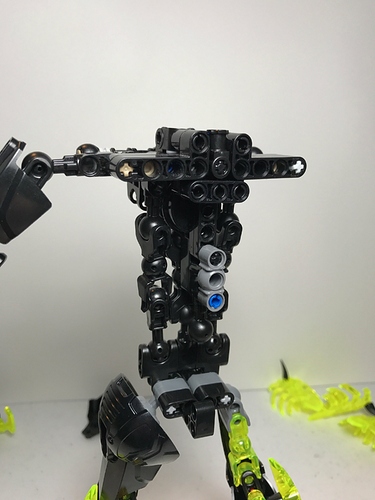 image.jpeg2250×3000 865 KB
This guys actually got realy good articulation in his torso and waist. Mainly ccbs is used with a few liftarms in the shoulder. 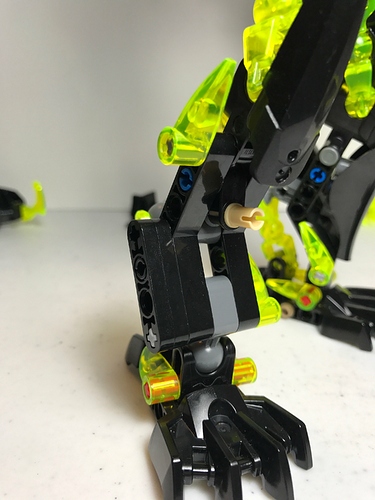 image.jpeg2250×3000 977 KB
The legs are pretty standard. Umarak and Jto Makuta use a similar build. The hands are also from the Makuta model. 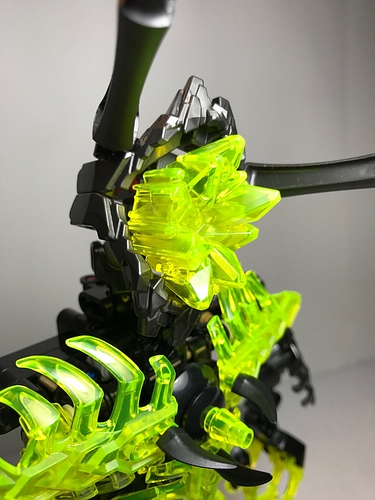 image.jpeg2250×3000 1.1 MB
Probably what would have to be one of my favorite parts about this MOC would be the head. It’s one of my first realy attempts to make a custom head and I think it turned our pretty good. It’s meant to look like he doesn’t actually have a face and instead just has a bunch of yellow crystals jutting out from his head. 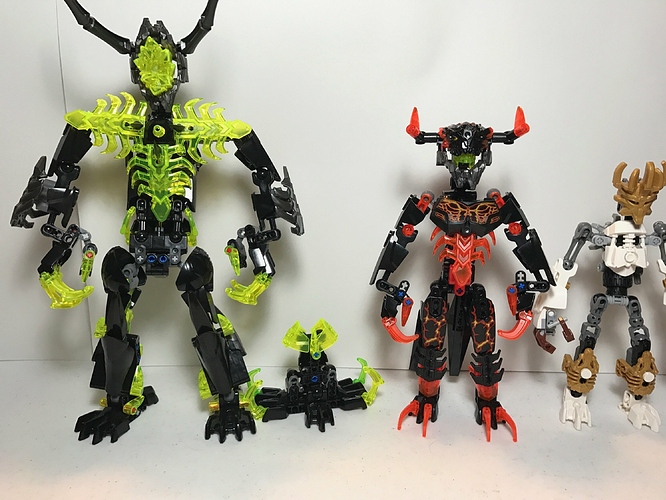 Next time instead of any ordanaty moc we have a special presentation from our sponsor at Millennium Enterprises! 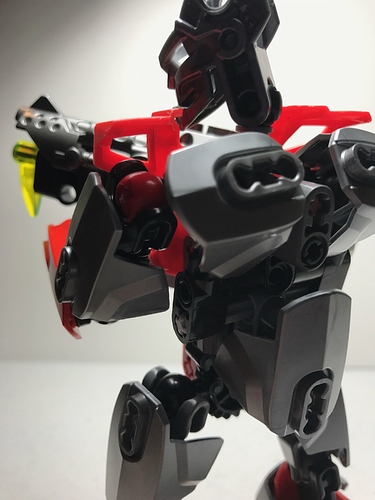 I love the head

The lowers arms look a little off, the way those rib cage pieces bulge outwards, but everything else looks pretty nice. The head especially has a cool design.

It’s good but it has its faults. The hands are badly constructed and the arms feel a bit simple. Otherwise it’s great.

I adore that head.

The appearance is pretty simple for a complex build, the head is pretty much the best thing beside the body.

Nicely done! Love the concept. With that strange crystalline face and such he’d make an awesome Magic: The Gathering creature. But…

this lets me Segway

Took me until last year to figure that one out tho

There’s an incredible concept here, with a MOC that is by no means bad, but begins to lose it uniqueness and forget its game plan once one leaves the torso. The midsection, chest, and back are artfully balanced and evocative designs that use creative piece arrangements, as is the head. On the arms and legs, its a little tough to see what the direction is. The textures are strange, the hands are stolen from JtO Makuta, and the legs look cobbled together with different types of shells pushed into one. Extraordinary concept, yet meh execution.