What you are about to read is the journal of a villager who’s job is to study exotic creatures. He has been granted the chance to travel into the forests of the jungle villages of Okoto! I have attempted to translate it, but this was not an easy feat! His handwriting was very hard simply to read! But be warned- this transcript is very rare and tricky to get ahold of. I trust you will do the right thing after reading it. Send it to a museum? Pass it on? It’s up to you.

Day 1
I have begun camping in the forests of Okoto. The climate is far different from my home- much colder. I’ve set up my tent and am now writing this in it. It’s late. I should probably go to sleep.

I just can’t seem to fall asleep! Maybe it’s the climate, but I brought blankets! Maybe it’s just the feeling that someone’s… Watching me…

Day 2
I don’t know when or how, but I managed to fall asleep! I gathered food and materials for a campfire, with quite a bit of labor involved. The jungle region is far different from my home. Very cold, but worth a bit of frostbite! I’ve seen exotic birds, plants, animals, everything! I’d say this camping trip is going very well!

Day 3
One smaller species of bird likes the red berries. This helped a great amount to study the creature. It bore exotic colors, red, brown, and even a bright shade of green! And it was insanley fast! Oh I can’t wait to study more of the jungle’s creatures!

Day 4
Upon further exploration, I have found another small creature! It was four-legged. But also speedy! Who would’ve thought! Just like the bird! I also found a pond with many strange fish! But there was this one thing I saw- piercing red eyes in the darkness- oh, I shudder even thinking about it! Even then, it almost upsets me that I must return home in a mere two days, if I am to make it before I told the elder that I’d return by.

Day 5
I encountered the creature with the red eyes again, this time running for my life! I’ve decided to name this creature, if it hadn’t been so before, “The Hunter”. It’s dark… Almost darker than usual! I hear bushes rustling, birds chirping as they make a speedy getaway, from a creature in the darkness. Possibly my Hunter? Who knows! Sadly I only have one more day to spend here! Wait… I hear a noise! A familiar one! The Hunter! It’s found m

No, I did not stop translating because it got too hard to read. That was it! It just stops there! Too bad, too! He had almost finished his trip and journal! But why did he stop? Did he run out of ink? I doubt it, my friend! With this unfinished and the elder telling me that he hadn’t yet returned, I fear the worst for him. As sad as this may be, I don’t think our beloved biologist made it through his fifth night.
~Lord_Tuma

Now, with that out of the way, let’s take a look at my fist Gen-II MOC! I assembled the legs rather quickly, so they look pretty awkward. Otherwise, I quite liked how it turned out! With that said, let’s take a look a the rustling in the bushes, the eyes in the darkness, The Hunter! 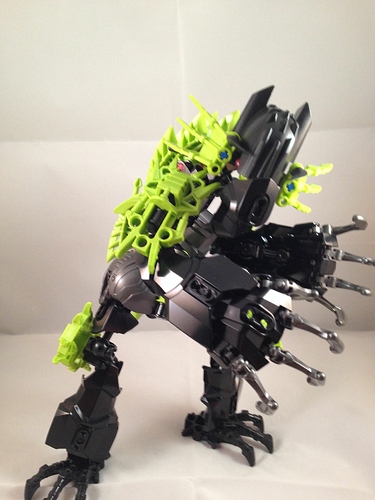 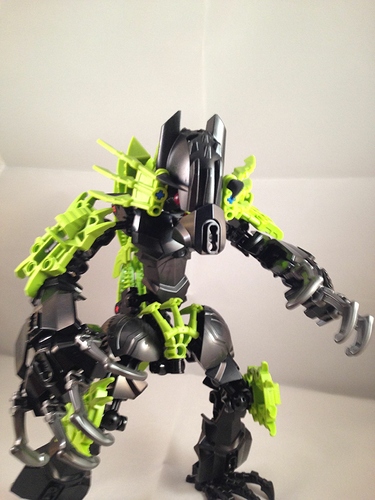 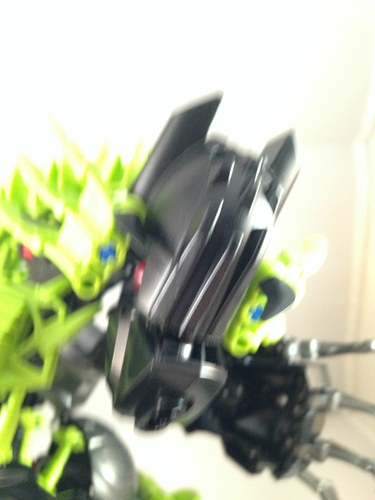 The only picture from the scene 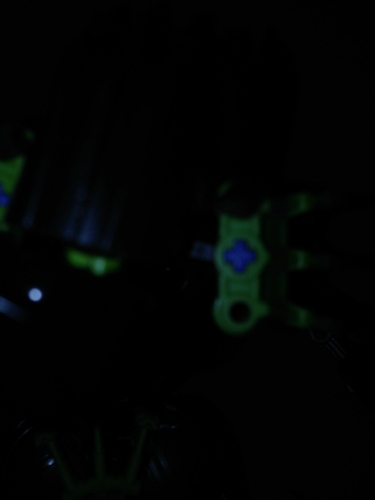 This picture was taken for the sole purpose of preventing nightmare for younger viewers! (And for the lols 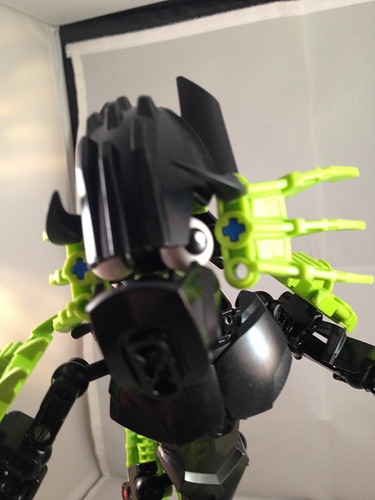 I will most likely redo the limbs at a later date!

This is a really amazing looking MOC. You did so well on this, great job! This is Fantasti-cool™!

Never really been a big fan of flipping a mask so that the axle points down (a la Glatorian/HF helmets) but this is one of the few times when it works (probably because you bothered to add proper eyes).

Also, I really like the way the size-3 armor-shell conveys the look of a snout.

So! I began messing around with PhotoShop. This was the result! 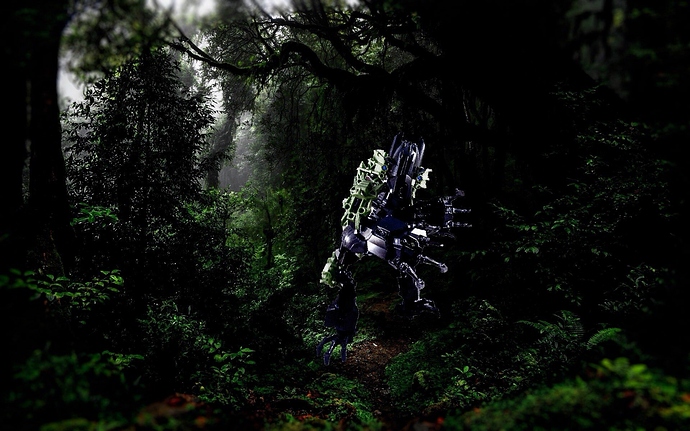 Cool story and a cool Moc. There’s nothing bad I can really say about this. Great work!

I’d hate to meet him on a dark night.

Love the claws and the overall stature. Wouldn’t want to meet him in a dark alley way!

Otherwise, thanks! What did you think of the story, by the way?

That face reminds me of Skull Basher’s concept art for some reason : p

Well this MOC is pretty cool and very well built!

Thanks! Now that you mention it, in kinda does!