(I’m going to list the updates from the original version and not the most recent. I have since increased the leg stature so that they don’t seem so small, as well as I filled out a lot of the gaps on the legs. I also replaced the white on the back with black torso armor instead. I have since also entirely changed the lower arm design giving it silver blades, different hands, actual bones, etc. I have also added a dorsal fin per request. And with the head it more or less stayed the same, 4 points of articulation and all, except for that i changed the color if the lower mouth parts.)The king and dark ruler of the Baraki, He resides down in the deepest murkiest depths of the ocean farther past down any of them could reach, ruling over it all with a blood thirsty might. Once a great peaceful king once he was banished to the depths, he just kept sinking and sinking with no end in sight. Until something happened, he started mutating like the Baraki, Slowly and painfully changing his body to fit his new adopted rule. Many have challenged his rule but met a swift end at his large deploy-able and unbreakable wrist blades that also help him swim like a shark. He could just return to the surface but instead he chooses to bite his time, planning his conquest and slowly gathering his power until he is now the second most powerful in my moc story-line. 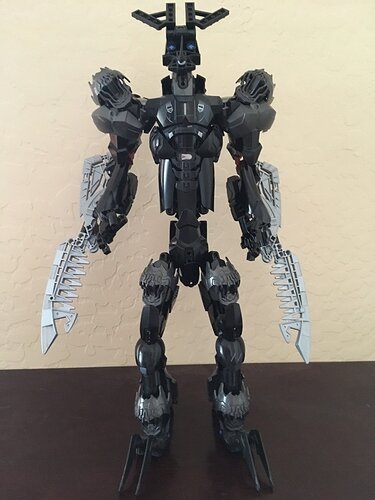 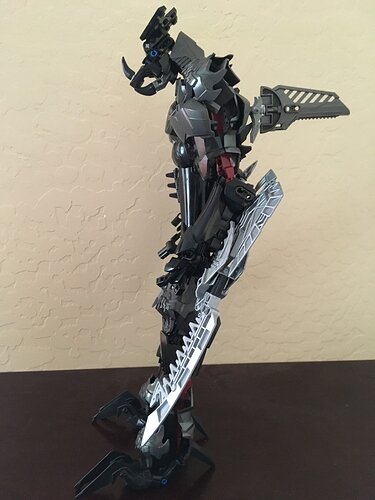 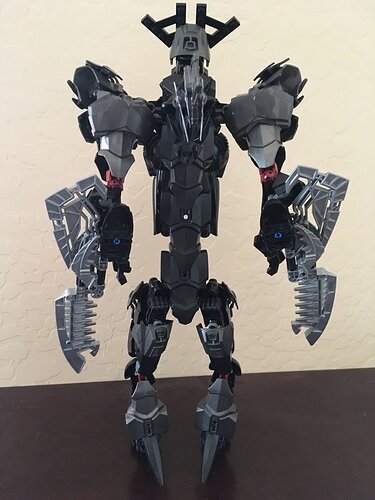 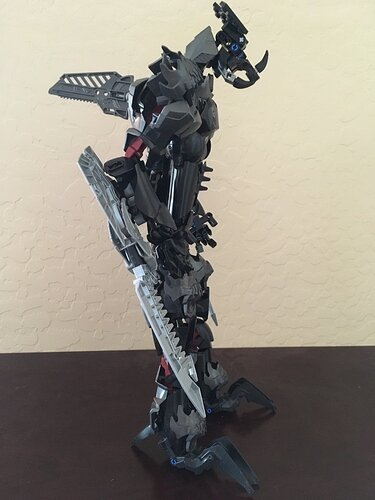 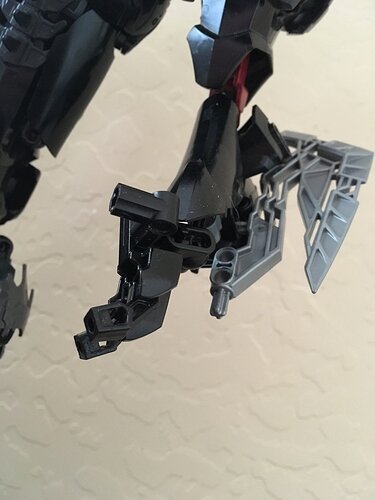 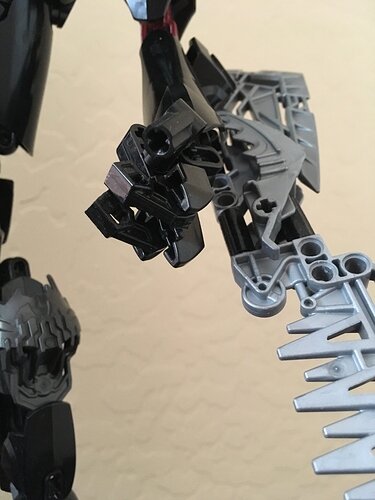 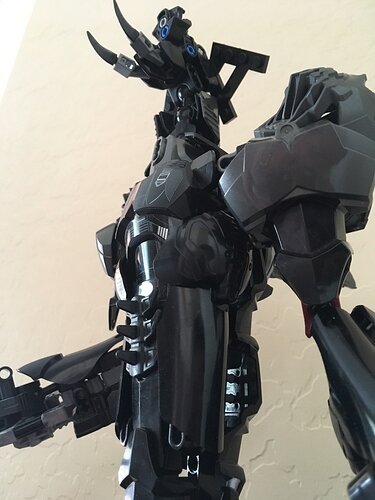 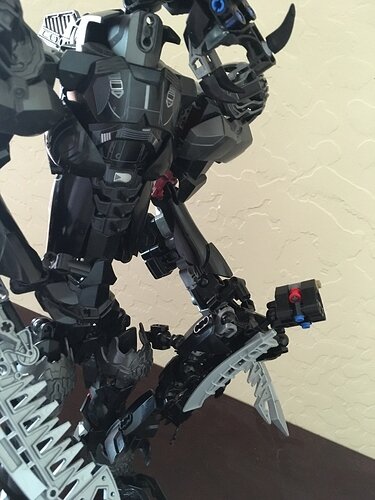 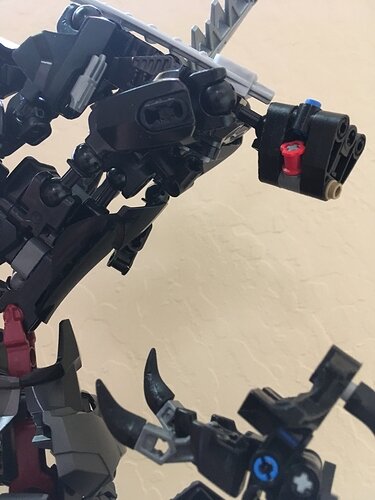 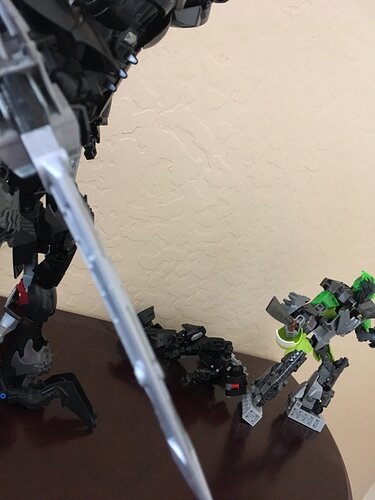 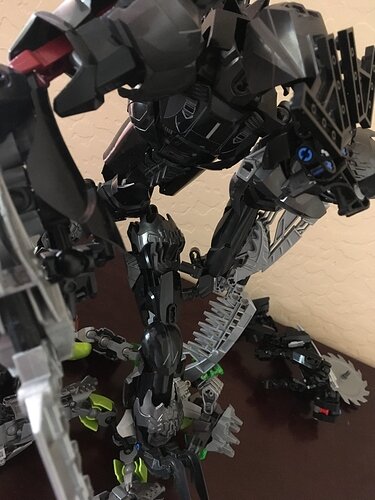 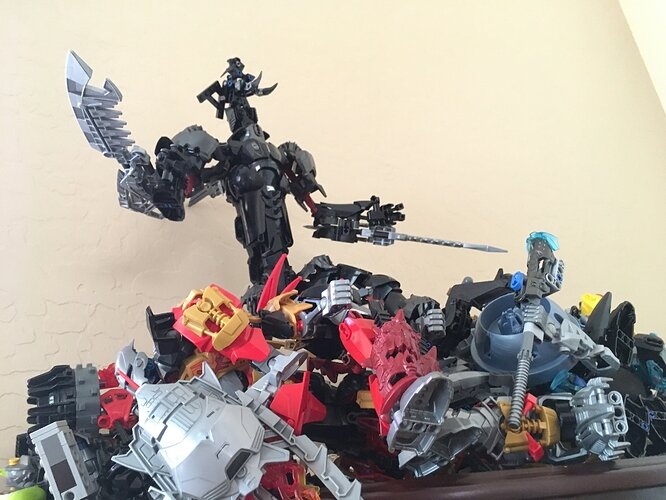 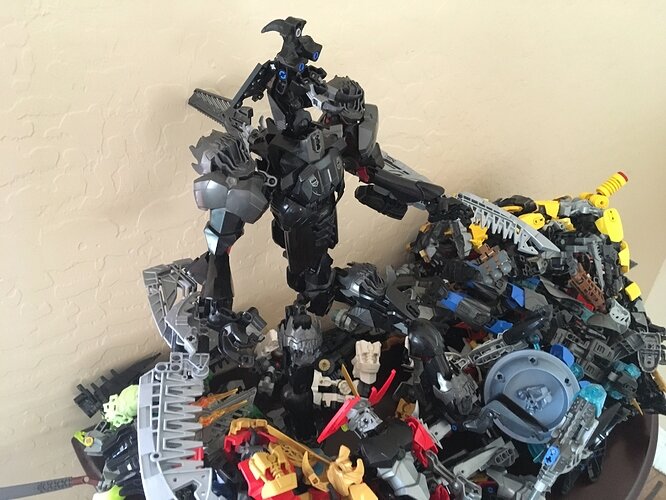 Could use some more or less dark/metru red

The torso looks too long, and too thin

I refer you to looking up some leviathan reference imagery online to help you understand why I chose to make him so sleek and slender.