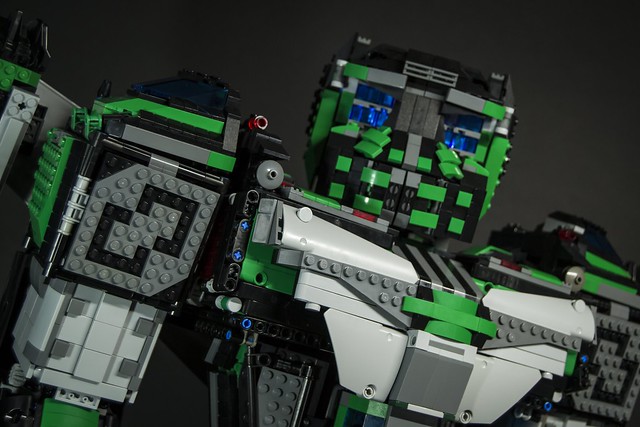 A large mecha that is piloted and powered by multiple team members that are in the fight against Kairos. Constructed for land and space travel, specialized in hand-to-hand combat. It houses large racks of hidden missiles that can be deployed at will. After learning that a greater threat was found among the stars, this large craft was constructed by most inhabitants of the planet in an effort to free themselves from the constructed world Kairos had created.

Tempest is powered by Circuit, who uses her near endless amount of electrical energy to keep the lights on. Dominion uses his magnetism powers to help the servos move more efficiently during combat. Active patience and repairs are monitored by CPU, Factorie, and Lugnut of the biker gang. Piloting the mecha is Guradian in his origin form, possessing the central core of the Tempest and using it as his body.

While very large an imposing, the heroes are unaware if this will be enough to fight off against the being of time. Until then, they travel through space looking for their fight. 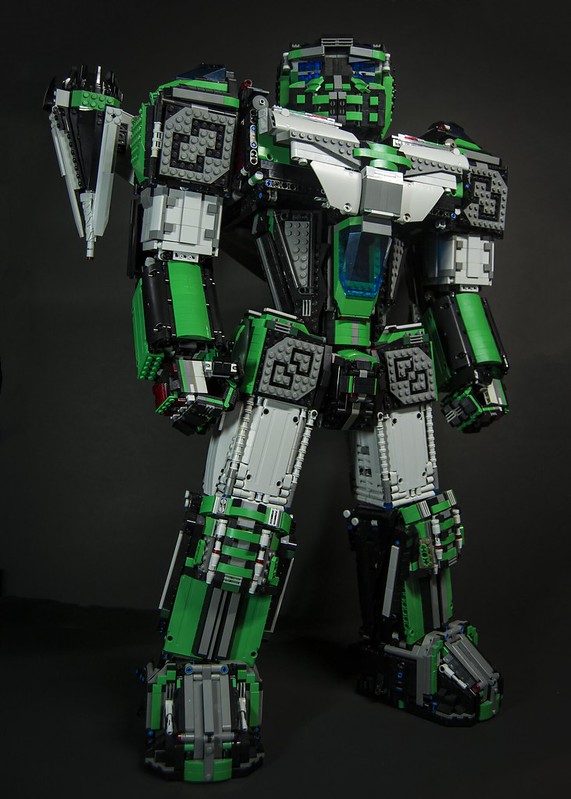 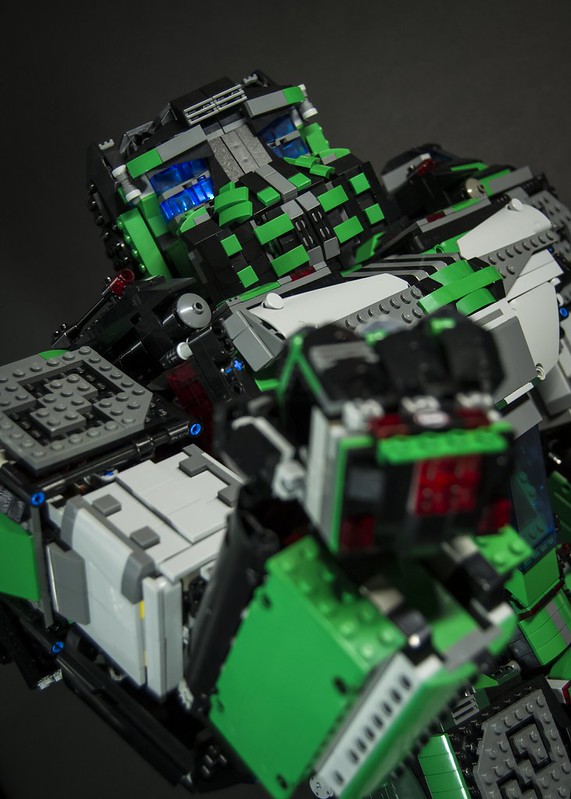 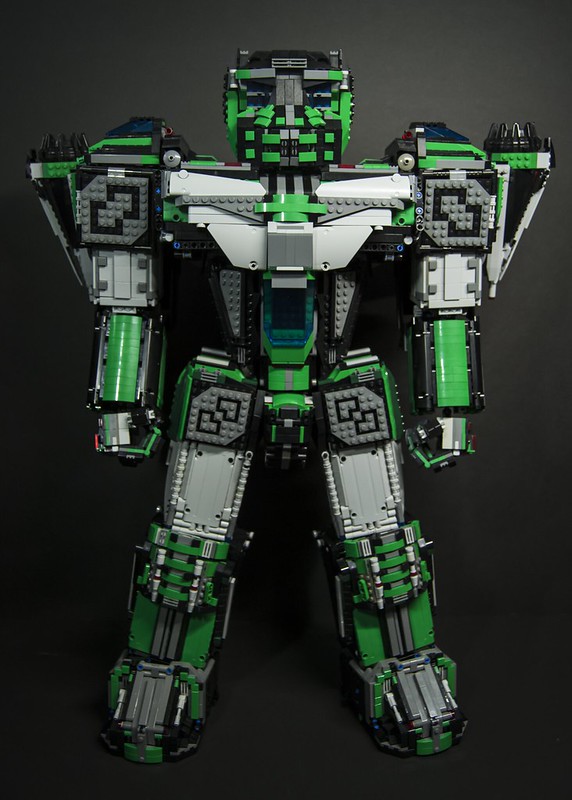 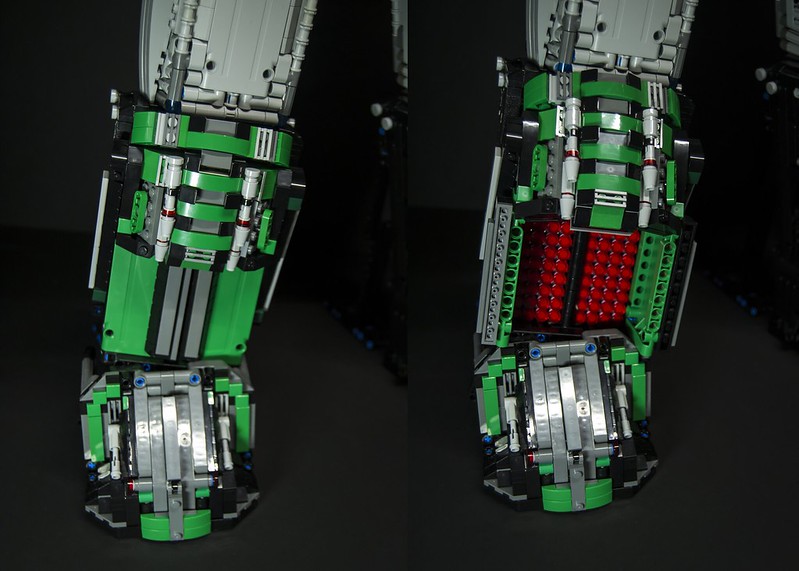 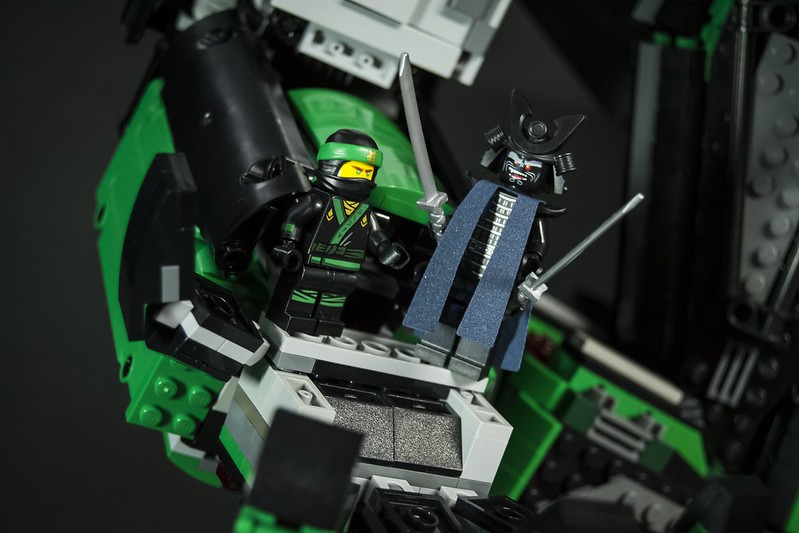 Here is a WIP picture of the first Tempest from 2012: 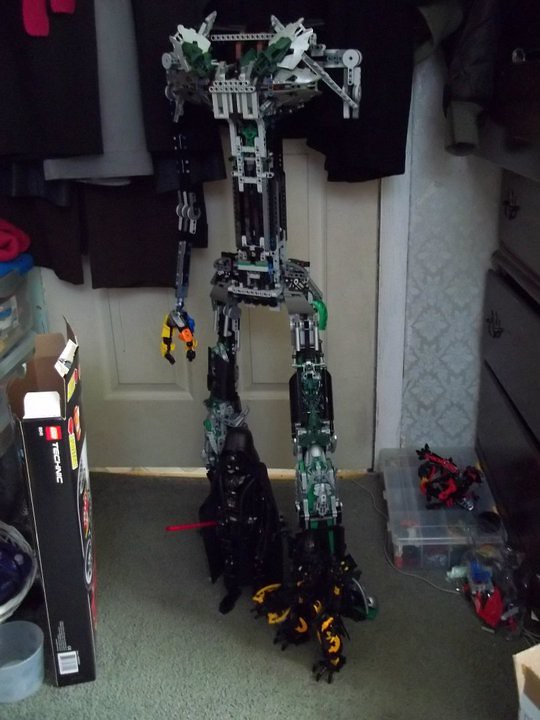 Here is the concepts of the ship mode: 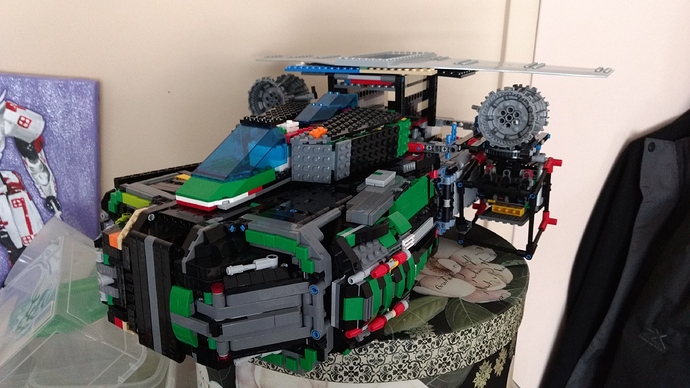 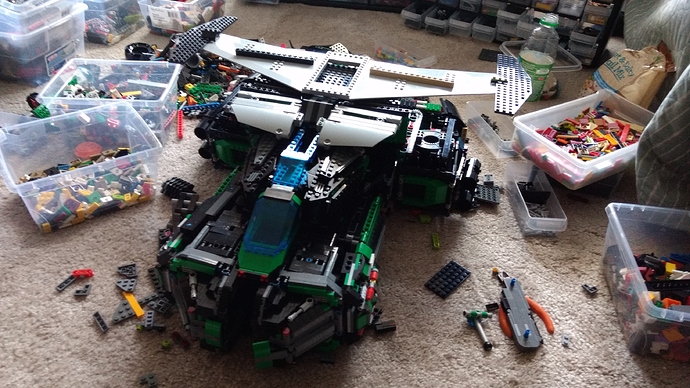 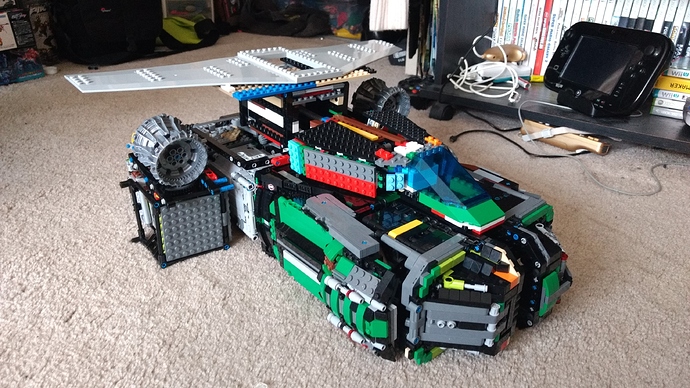 Also here is a alternate visor design I decided not to go with: 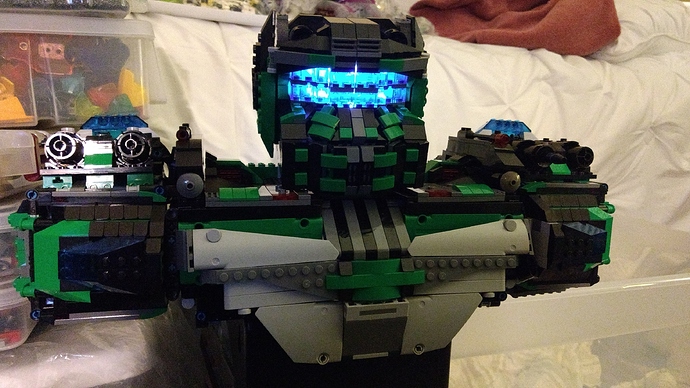 For more pictures, head on over to my Flickr!

Woah. This is intense. Fantastic work! It, the description, reminds me of the great spirit robot.

…what is this sorcery?

You finally got the time to post a good rez of this moc and wb.

This moc is rather blocky (I know some areas have hidden missiles), but still a good for a 2-3 attempt on a oversized moc.

Not liking some of the exposed stud on the chest and “canopy” used below that, texture on the knee to toe is solid, the jet engine wing looks sturdy (by a degree), and gives of a strong Autobot vibe going.

Have you also take a back shot in any chance? 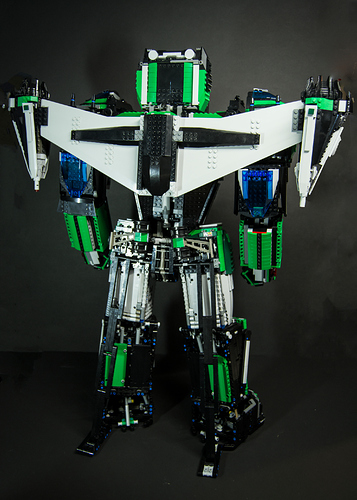 The back does not look that great, and I explain further in the review for this MOC that I already recorded. TLDR; you work on something this long, you prioritize some parts and give up on the less important ones. Makes me a personal hypocrite, but working on this dude kept me up a couple nights because I was beating myself up on trying to make him perfect. I had to let go, man.

Nothing cooler then a massive MOC.

If I had to come up with some kind of complaint it would be that he seems kind of boxy here and there, but I’m sure that’s just a sacrifice that had to be made in favor of structural integrity.

looks pretty good, but i got 2 questions-

except being ice cold

Jaw drops
Man this is awesome, the fact that you were that dedicated and didn’t give up amazes me.

I don’t really have much to say other than “it’s big”
It seems really boxy and I dont think the head is cohesive or very appealing. It’s impressive you were able to build something at that scale. Nonetheless, it looks like a mech suit built to fit a toddler inside.

It’s big, and I like the colors and everything. My one gripe is the open studs, but then again, you probably didn’t have the parts, money, or time to fix that. Or wanted it to look like that, which is cool.

That being said, the head looks off, but cool. The moc reminds me of the mega zord and great spirit robots love child.

This is basically Omega Supreme and I have no problem with that, it looks awesome, please carry on.

My god! Working on this for a year really come to show in all the detail you put in this. well done.

holy crap this is awesome

Now this is the true definition of a titan. Nothing but unadulterated towering robotic muscle mass. This is amazing.

I think this moc is a masterpiece and one of the best creations I’ve seen from you.

The scale alone is commendable, and pictures really don’t do it justice. I can’t fathom how you were able to build an interior structure strong enough to sustain something this massive.

I’ve seen several comments regarding the blocky design as though it’s a bad thing which I really don’t understand. It fits within the transformer aesthetic perfectly. When compared to your previous iterations there’s no contest; the 2017 version wins hands down.

I think the only thing that stands out is the size of the head. If it were smaller it would even out the proportions of this moc substantially.