The Machine Division (updated) [Formerly known as the Toa Xenon]

I took most of the advice given to me on my last post here. These are the updated MOCs. Canon to this story, Gasket and Venocus are now deceased. Canon to real life, I scrapped them for parts since I wasn’t happy with their construction. I’ve also, as you can see, renamed them from Toa and simply made them autonomous robots to better fit in with the original storyline I’d envisioned for them in which their backstory portrays them as Earth-built robots who’ve been given sentience through advanced artificial intelligence.

Frozone - (a new bot I grafted from Gasket’s old pieces).
He wields two Bordahk staffs as his main weapons. He was originally meant to be built as an Alkantara drone, but I decided to make him his own autonomous character and model his protoform after Keyon’s since I had enough parts to use that particular construction. 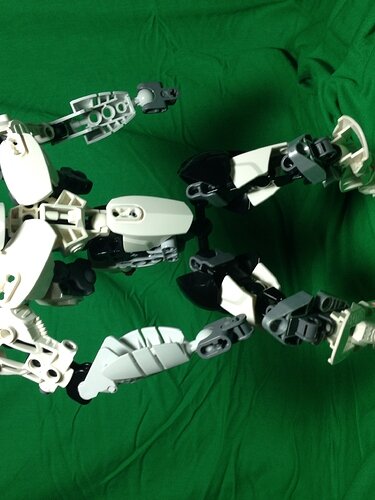 Halcyon - I initially tried to model him after the Fallen, but he turned out having Starscream’s proportions, instead.
The only real weapon Halcyon has is the shoulder mounted machine gun. He’s also supposed to have the ability to transform into a jet, though I haven’t fully worked out the kinks of that transformation yet. 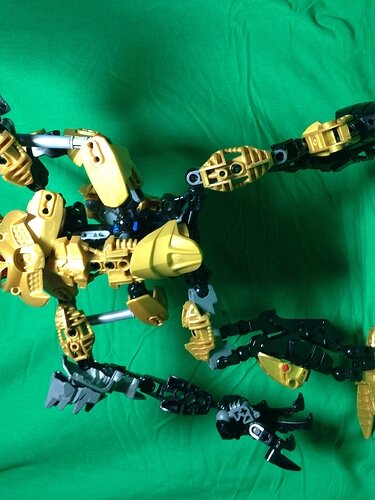 Alkantara - Recolored and reformatted; I based her design off of ROTF Bayverse Megatron.
Alkantara now has wings to grant flight, and her double barreled arm-mounted shotgun’s gone; she now has a deathlock pincer (a powerful cannon with a sword mounted underneath. Kinda like a bayonet, but much more dangerous). 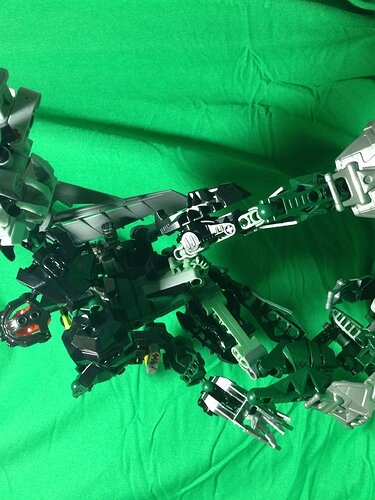 Ledok - I swapped the big, gappy Ignika from Vezon for a grey Kanohi Hau since it was much easier to work with on this build. I reformatted him to resemble Bayverse Ironhide.
Ledok now possesses Gasket’s old crossbow railgun (left arm), and a smaller ion cannon (right arm). He’s also much shorter, and more heavily armored. 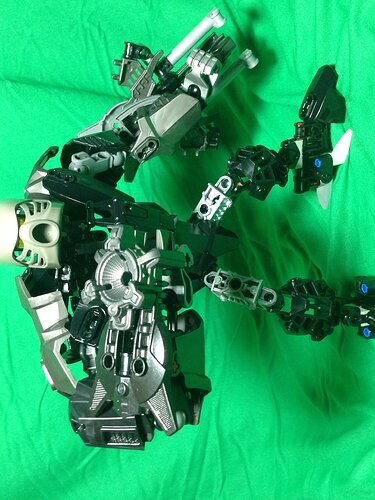 Keyon - An equally dramatic overhaul; I modeled Keyon after Optimus Prime in terms of weapons and overall physical design.
Rather than the much more stocky and weird construction of the first iteration, this version is much more sleek and proportionate, not to mention much more well armoured. The halberd and razor saw shield are now replaced by a double-barreled plasma rifle. 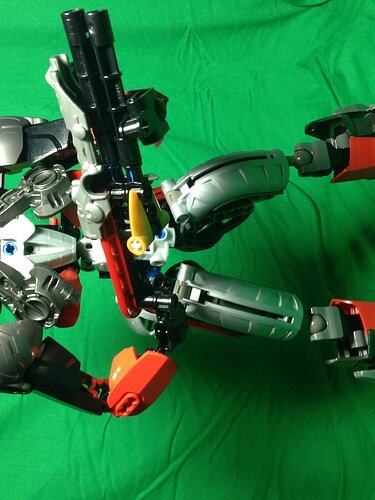 Fun fact: This was the original poster I made for it, but it has the old builds. So I might reshoot, and replace the characters in the posters since two of them were reformatted, and one of them no longer canonically exists. 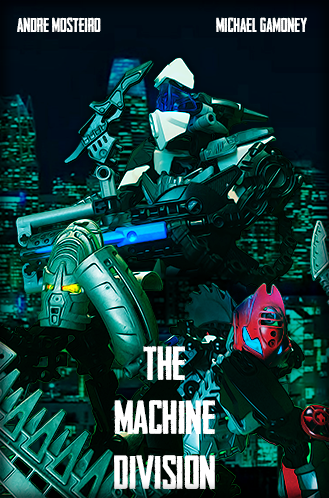 Frozone:
First thing that comes to mind: “WHERE’S MA SUPA SUIT?” But of course, he doesn’t need a super suit, as he is a robot.
In my opinion he’s one of the better Mocs here.
7/10

Halcyon:
Easily my least favourite. Those armpit… things look really odd. He looks like a smaller Brutaka. Most of him is gold, however, his arms are massive and silver.
5/10

Alkantara:
Can’t really see Megatron in her. However, her build is good, but why are her legs green?
6/10

Ledok:
Once again, don’t see Ironhide in it, but he is one of my favourite mocs here. The colours work, and his small yet bulky stature is interesting.
7.5/10

And finally, Keyon:
This guy’s my favourite of them. Once more, I’m not getting an Optimus Prime vibe, but I love Backwards Furno Head Mocs. His weapon is great too.
8/10

The main problem is their body build, looks kinda weird

they are all very gappy

Ledok is probably the best one… never mind, its keyon

Halcyon has that Evangelion crotch going.
Imo I like the vibe and what you were going for with Halcyon the most.

Also either the loose the pipes or integrate them into the moc better.